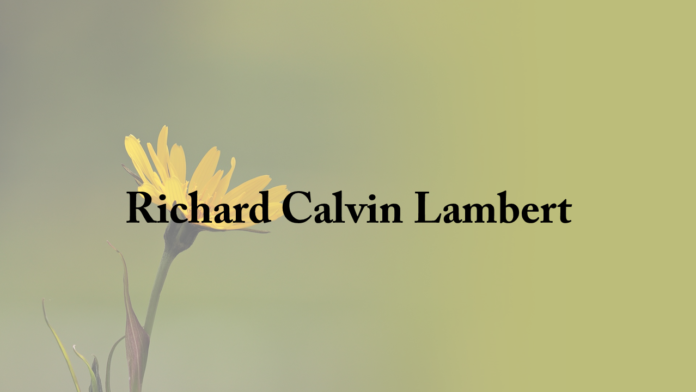 Richard Calvin Lambert, 65, of Calera, Alabama, passed away on April 6, 2019. He was born Feb. 27, 1954, in Birmingham, Alabama. Mr. Lambert was the son of Calvin Coolidge and Clara Mae Baker Lambert.

Funeral services for Mr. Lambert are 1 p.m., Wednesday, April 10, 2019 in the Holly Pond Funeral Home Chapel, Rev. Edwin Talley officiating. Burial will follow in Holly Pond Cemetery. Friends may visit with the family an hour prior to services, from noon until services begin.