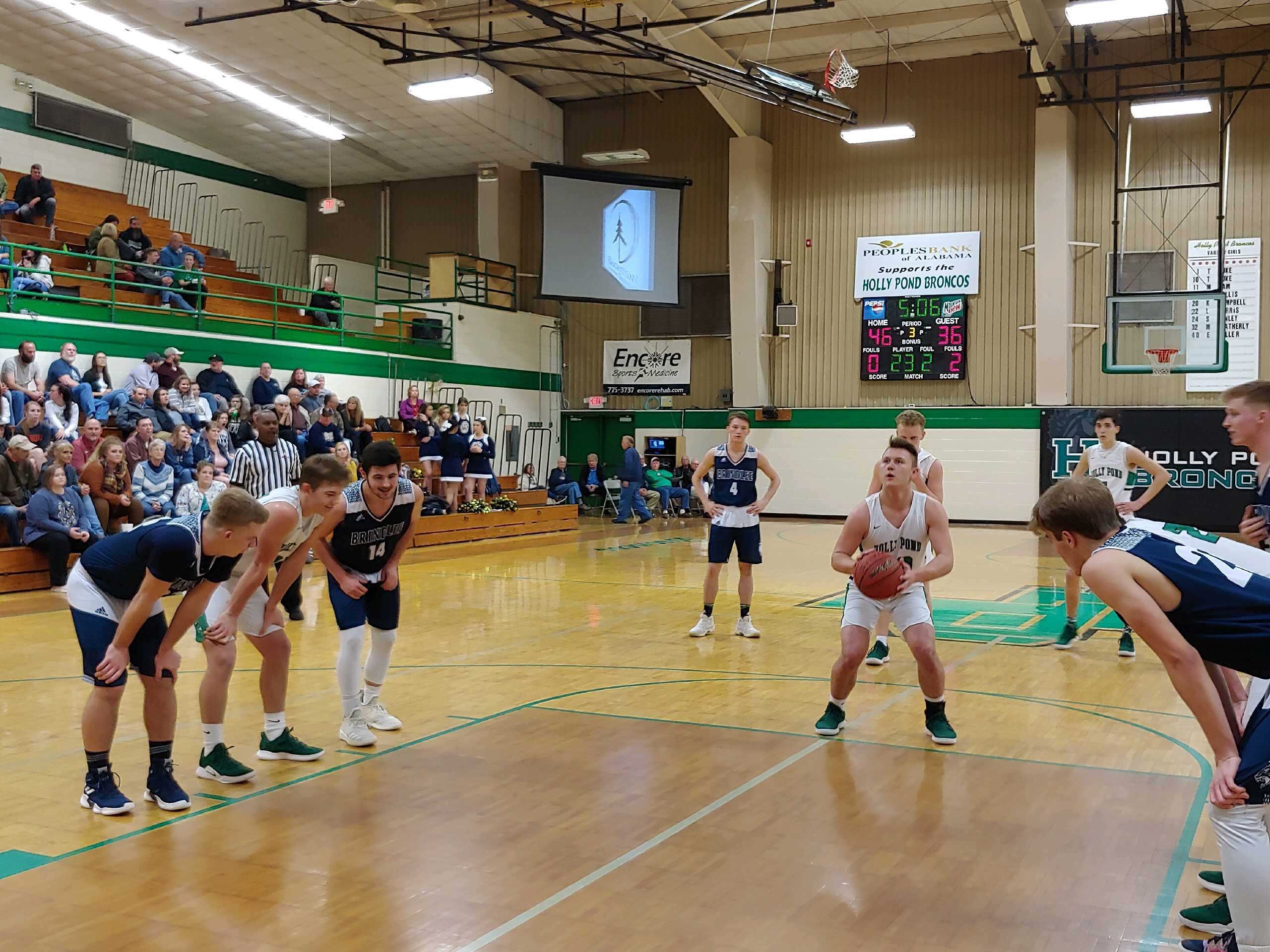 HOLLY POND – The Broncos took on Brindlee Mountain in a pair of region games at home and wound up taking both games. In the girls' game, the Lady Broncos rolled past the Lady Lions 62-30 while in the boys' match-up, Holly Pond topped Brindlee Mountain 80-60.

Holly Pond didn't waste any time getting off to a very strong start, jumping out to a 16-2 lead and taking a 21-5 lead after the first quarter. The Lady Broncos were never challenged after that, rolling to the 62-30 victory.

Holly Pond got off to a slow start, offensively, but the Bronco defense was smothering early on. The Broncos had an early 7-5 lead, but finally got their offense going as an 11-4 run, led by four different players, pushed their lead to 18-8.  The Lions converted a 3-point play at the buzzer to make it 18-11 after one period.

Both teams traded baskets for most of the second quarter, but Holly Pond ended up being the team to finish the quarter strong. After Brindlee Mountain cut the Bronco lead to 33-28, Kyler Chaney, Tyler and Levi Boatright helped jump-start a 7-2 run to give the Broncos a 40-30 lead at the half.

The Lions cut it to 40-34 to start out the second half, but Tyler Boatright and Chaney each answered with a three to push Holly Pond's lead back to double-digits at 46-34. The Broncos continued to put intense pressure on Brindlee Mountain's offense, forcing the Lions into turnovers and making them take tough shots. The Broncos wound up with a 62-45 lead after three and pulled away to take the game 80-60.

Devyn Tankersley led the way for Holly Pond with 17 points, four rebounds, four steals and a pair of assists. Chaney added 16 points, nine rebounds and a pair of steals. Tyler Boatright ended up with 15 points, seven rebounds and two steals. Cooper Jones added eight points, five rebounds and a steal. The Broncos are now 10-3 in their last 13 games. They will travel to Good Hope on Thursday night.