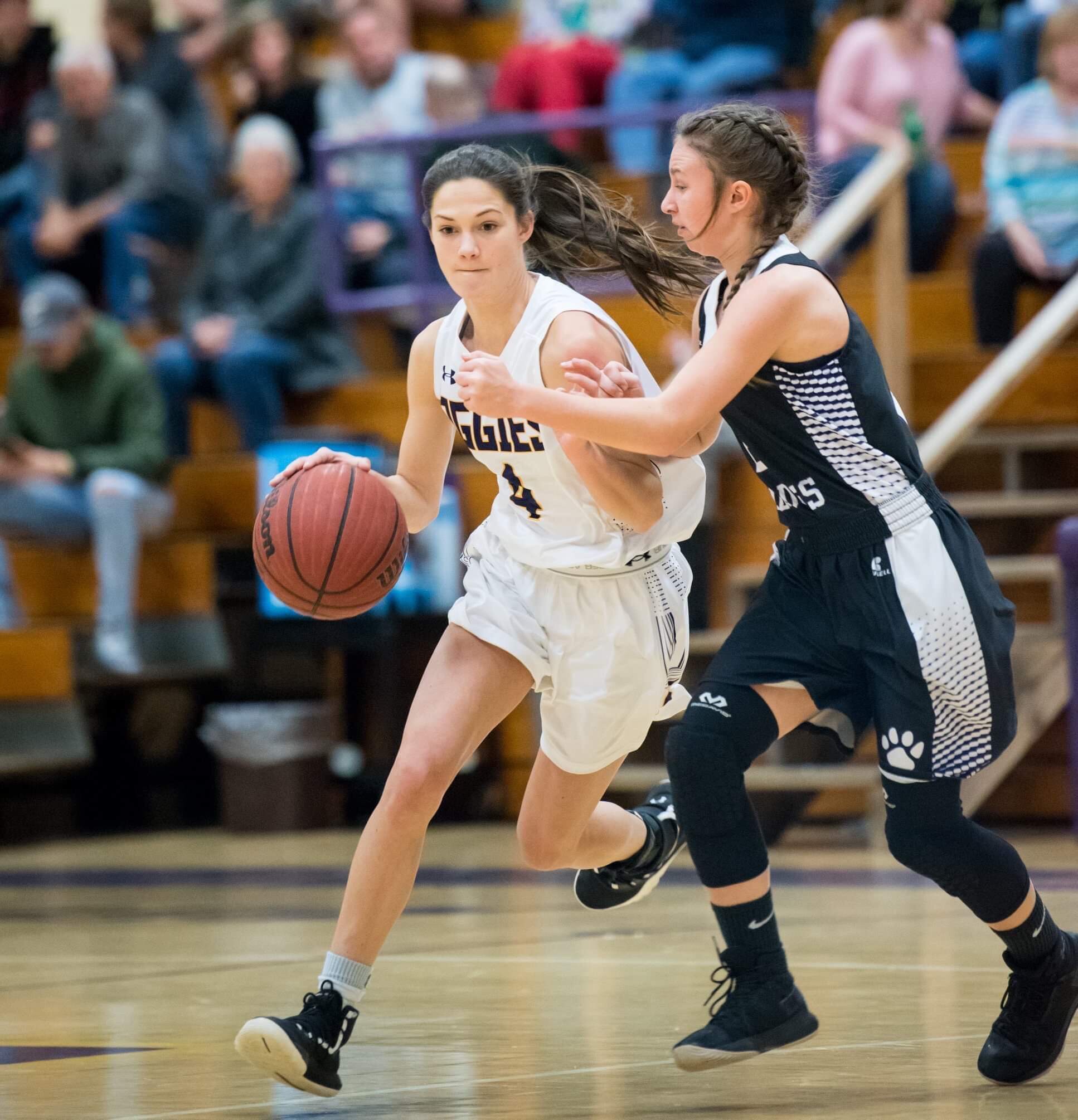 FAIRVIEW – Hanceville made the trip over to Fairview Tuesday night and both teams split the varsity matchups. The Lady Aggies routed the Lady Bulldogs 58-31 and in the boys' matchup, Hanceville put Fairview away 64-44.

The Lady Aggies took advantage of several early turnovers in this one to jump out to a 27-8 lead by the end of the first quarter. Payton Golden and Katie Ball scored eight and six points respectively in the opening frame.

Fairview continued to add to it lead in the second quarter but a deep 3-pointer from Hanceville’s Kelly Pickett at the buzzer cut it to 39-17 at the half. The defense picked up even more for Fairview in the second half as the Lady Aggies held the Lady Bulldogs to just five points in the quarter, giving them a commanding 50-22 lead headed into the final period.

The hot clock kicked in after one more bucket from the Lady Aggies and they coasted to a 58-31 home victory.

Molly McKelvy led Fairview with 14 points, nine of which came on three shots from three-point range. Golden and Ball finished just behind her with 12 and 10 points respectively. Kierra Merriweather led the Lady Bulldogs with 13 points.

Fairview will be back in action when it hosts Vinemont Friday night and Hanceville will open area play that night on the road against Susan Moore.

The boys' matchup was a little closer than the first of the night, but in the end, the Bulldogs pulled away late to pick up a convincing win on the road.

Hanceville got off to a 6-0 start, but the Aggies responded with a 9-2 run that helped them cut the lead to 12-9 by the end of the opening quarter. Both teams traded baskets for most of the second quarter but a tip-in layup from Raiden Morgan at the halftime buzzer gave the Bulldogs a 30-23 lead at the break. Morgan led all scorers with 12 points in the first half.

Hanceville started the second half aggressively on the defensive end but by the last minute of the third quarter, Fairview had cut the lead to 38-35. Tyson Bellmon stretched the Bulldogs’ lead to 41-35 at the end of the third with his second 3-pointer of the evening and it was all Hanceville once the final quarter began.

The Bulldogs were all over the floor defensively in the final frame, generating enough turnovers and transition baskets to pull away with ease. Back-to-back buckets in the final 1:30 of the game from Hanceville’s Zeke McDonald put the Bulldogs up 60-41 and eliminated any chance of an Aggie comeback. Hanceville held on to win it 64-44.

Five Bulldogs finished in double figures, led by Morgan with 12. Romain Pochon and Bellmon posted 11 points followed by Fred Ellis and McDonald who each finished with 10. Connor Tipton and Caleb White led the way for Fairview, finishing with 10 points a piece in the loss.

Fairview will look to bounce back when it hosts Vinemont on Friday and Hanceville will be trying to pick up a big area win that night on the road against Susan Moore.