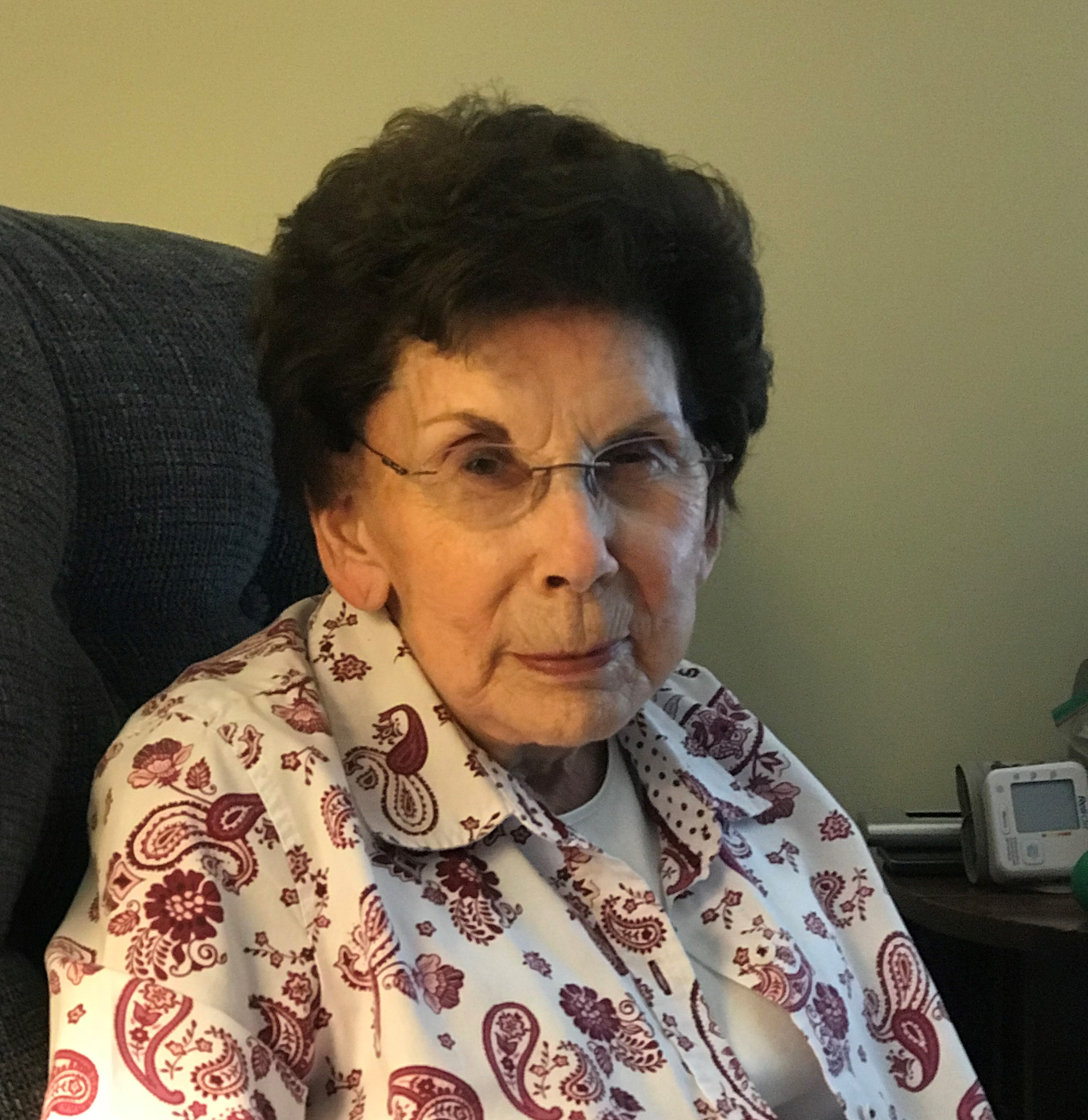 Ethel “Deannie” Mosley Geiger was born in 1932 in a town 30 miles east of Jackson, Mississippi. The family farm was in a town named Jones, Mississippi where the family grew vegetables, cotton and raised cows, chickens and hogs.

She said of her childhood, “We were poor, but we didn’t know it. We always had plenty to eat.”

Deannie and her four siblings spent their free time fishing or playing games outside with their dad.

“My family was a good Christian family. Good people, that’s the main thing.”

Deannie had just turned 16 when she finished high school. She enrolled at Jackson Commercial College and quickly found a job working for an attorney who worked at the college. Soon after, the government sent a representative to Mississippi to recruit people needed to fill government jobs in Washington, D.C. At 18, Deannie moved to Washington, D.C., where she was a secretary for the Quartermaster Corps.

After a year in Washington, Deannie moved back home to Jones.

She recalled, “After living in the big city, home seemed really boring to me.”

Jones still had no electricity or telephone, but the family did have a car.

She laughed as she recalled, “I had just gotten home from Washington and I was wearing my nice white suit. We were headed to church. My brother was driving, my sister was reading the funny papers, and me wearing that suit. The tie rod assembly breaks and when the car finally stopped, we were sitting off the road. My sister never stopped reading the funny papers. There I was on that red dirt hill in that fancy white suit. My brother and I always thought that was so funny!”

After a brief stay at home, Deannie moved to San Antonio, Texas to live with an aunt and uncle. She again found a job with the government in a civilian position with the Air Force.

She soon met Charles Massey who worked at the other end of the building. The two eventually married, welcoming their son Jeffrey in 1954. The young family lived in San Antonio until Charles was given orders to go to Taiwan. Charles, Deannie and Jeffrey moved to Taiwan in 1960, where they lived for two years.

Charles and Deannie divorced after they returned from Taiwan and Deannie once again found a job with the government. This time, she was a secretary for the Army. Deannie eventually met the handsome Lt. Colonel Robert Geiger and they soon married. Charles and Deannie Geiger called San Antonio home. Robert served 32 years in the U.S. Army. He served in WWII, Korea and two tours in Vietnam.

Deannie said, “I was already 43 by the time I met Robert. We never had children of our own.”

“We considered San Antonio home. My brother and sister-in-law lived in Cullman and we came to visit them and enjoyed it. San Antonio got so big! Crime was beginning to get worse and Robert and I decided we needed to relocate. Robert asked me, ‘Where in the world are we going to go?’ I suggested Cullman and that’s where we moved.”

The Geigers moved to Cullman 23 years ago. Deannie’s son, Jeffrey, remained and still resides in San Antonio. The Geigers bought a home in Spring Hill and became very active members of Seventh Street Baptist Church. They loved working in their yard and feeding the birds.

Deannie said, “I had flowers galore.” Deannie was also made sure the church had beautiful flowers every Sunday.

Last year, Robert began struggling to get around and Deannie suffered a terrible fall at their home. The fall was serious and life-threatening. Together, the couple decided to try assisted living but only committed to one month.

Deannie said, “Robert and I loved it here at Westminster and we chose to stay.”

Robert Geiger passed away peacefully in his sleep in February.

Deannie is happy to be at Westminster where she participates in group Bible study and many of the offered activities.

“We have a great activities director, our meals are prepared for us and I’ve met some great people. My brother and sister-in-law have been so wonderful and helpful. Mary Ellen Jones was my Sunday School teacher at church and now we are neighbors here. Funny how things work out, but I’ve always known that God is in control of everything.”