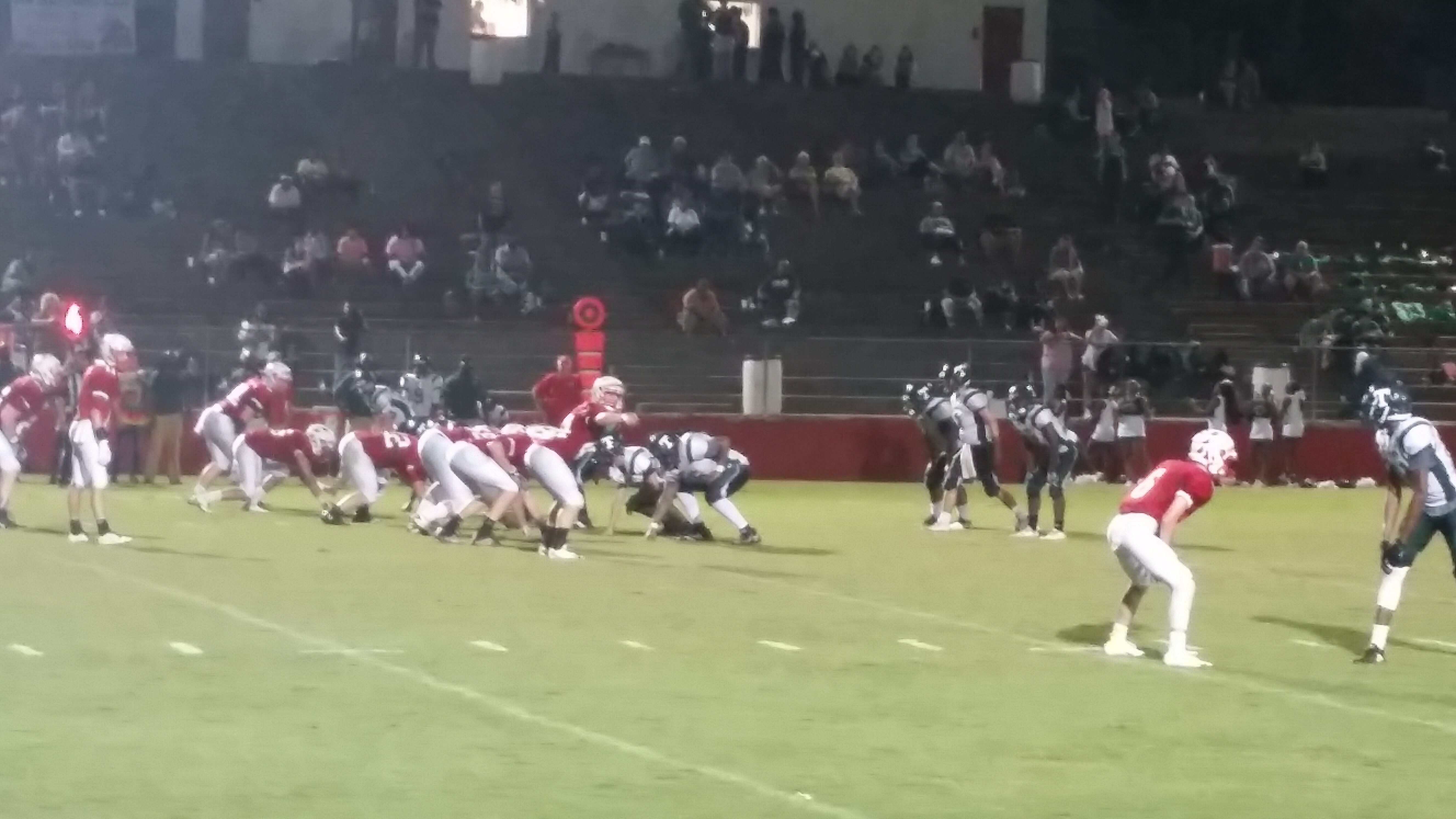 GOOD HOPE – The packed-out homecoming crowd had lots to cheer about Friday night as the Good Hope Raiders’ (Class 4A, Region 5) running game found little resistance against the Tanner Rattlers (Class 2A, Region 7). The 32-0 win keeps Good Hope perfect on the season at 4-0, and 1-0 in region play.

The Rattlers’ offense started the night on the ground trying to establish the run game, but the Good Hope defense was dominant and having none of that. Tanner rolled through a three-and-out on its first possession with minus-4 total yards. The Rattlers found quick success on their second possession with a 12-yard strike to midfield but that was short-lived as Good Hope’s defense forced them back minus-15 yards on the next two plays. The tone had been set. The Raider defense had shown up and was ready to show out as they held Tanner at bay for minus-2 total yards of offense in the first quarter.

The Raider offense managed to rack up 86 total yards of offense in the first quarter with the bulk of that coming off the feet of Matt Dixon and Colton Bagwell. Bagwell had a beautiful 34-yard scamper down to the Rattler 9-yard line to set up a Dixon touchdown that put Good Hope on top. Bailey Quick had a great start going 3 for 3 in the air with one completion being a 26-yard touchdown.

Tanner found a little success in the air to start the second quarter with a 19-yard completion, but the Raider defense stiffened and forced a punt. Quick was back to receive the punt and ended up going 54 yards on the return down to the 10-yard line to put the Good Hope offense in scoring position. Three plays later from the 2, Quick called his own number and added another touchdown to the scoreboard.

The Rattlers struggled with penalties all night and their next drive fizzled out because of it, allowing Good Hope to take over on downs. The Raiders struck fast with Matt Dixon going 77 yards down to the 4-yard line. He punched it in to the end zone on the very next play to put Good Hope up 26-0 at the half.

The second half saw much of the same as Dixon pounded the ball for carries of 2, 37 and 20 yards with the last one getting him across the goal line for a touchdown to put the Raiders up 32-0, the last score of the game.

Tanner's offense struggled on its next two possessions. With Good Hope up big, the Raiders proceeded to run as much time off the clock as possible. On their last offensive stride, the Rattlers did manage to make it to the Good Hope 2-yard line, but the Raider defense was just too much and broke through the line of scrimmage on fourth down to get a sack for a 17-yard loss.

Good Hope's last offensive outing saw the Raiders pass midfield but take a knee to run out the clock and end the game.

Tanner finished the night with 198 total yards while Good Hope racked up 344 yards total offense with only 45 of that being in the air. Dixon had 11 touches for 168 yards and two touchdowns. Bagwell finished with four rushes for 58 yards. Quick finished the game going 3 of 5 for 45 yards in the air with one touchdown and eight rushes for 23 yards and another score.

Next week the Raiders are at home again to face region foe Oak Grove.