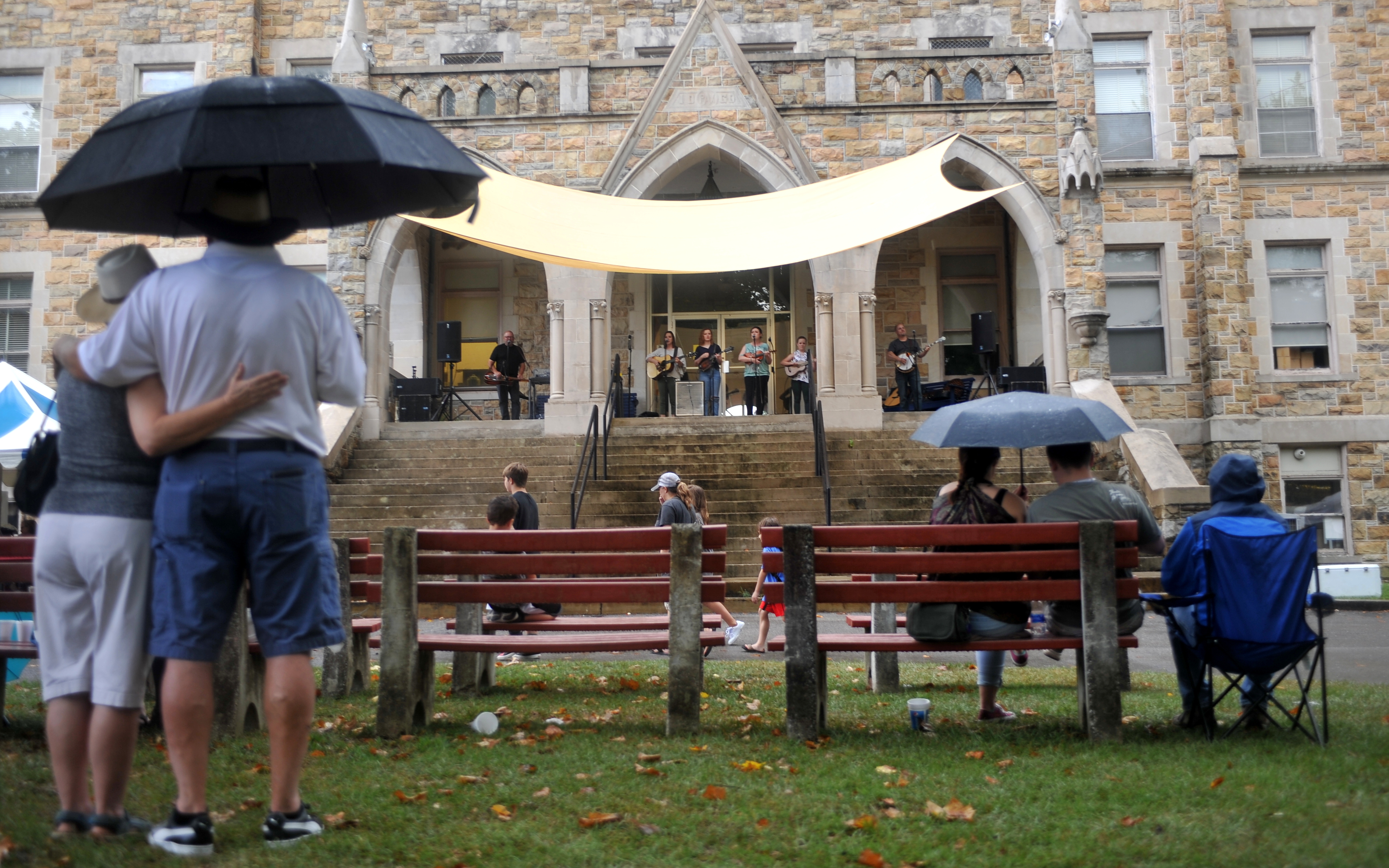 CULLMAN – On Saturday and Sunday, a scorcher and a soaker, thousands came out to Saint Bernard Abbey and Prep School to enjoy food, live music, arts and crafts and other vendors during the second annual Bernard Blues and BBQ Arts, Crafts and Music Festival.

Father Joel Martin, president of St. Bernard Preparatory School, said the proceeds from the event will go to support the school, and ultimately St. Bernard as a whole.

“This is the second annual Bernard Blues and BBQ Festival and of course, all this is about supporting the monks and our work here, especially the work in the prep school,” said Martin. “We do a lot of good work for people who are not able to afford an education, and so in order to help us with that, we have these festivals that offset some of the expenses. It's sort of a necessity for us, but it's a great way to raise money.”

The festival is a great weekend event for families, according to Martin.

“This is something that all the family can come to and our families get involved and help with the project, so it's a good atmosphere,” Martin said. “We're just having a good time and everybody getting together in the same place, especially for our families it really brings them all together. Students, their mothers and fathers, brothers and sisters, all come together, so it's a great thing, and of course, it brings a lot of people from out of town and really benefits the local economy you could say. That's not the reason we’re having it, but that's a nice side effect of it, so (there are) a lot of good benefits from it.”

“We have, of course, the blues; it's sort of the stand-out thing, and we have that playing all the time, at least recorded music, but then we have four different bands that have been here this weekend and they've been playing and entertaining people so that's a big part of the day,” said Martin. “Then of course the food; this time for the first time we've had Johnsonville Sausage, they're from up in Minnesota and they're the official Southeastern Conference brat sponsor, so that's pretty neat to have them here. It's been a good thing.”

Early Sunday, Martin said the attendance at this year’s event has been great.

“We have probably a few more attendees this time, that's been nice,” Martin said. “I haven't heard any statistics on how many, certainly some thousands of people over the two days.”

Father Martin said that although the festival benefits the school, it really goes towards everything at St. Bernard.

“Anything that benefits around here, the school, the retreat center, the grotto, the monastery, it's really all tied together, one thing helps everybody,” said Martin. “We pinpointed (it) especially for the school, because of the money that we needed for the school to support the students and the families that don't have the means to afford the education.”

St. Bernard Prep brings in students from all over the world, according to Martin.

“We're a boarding school as well as a day school, so we have students from all over the world, sort of a little United Nations here,” Martin smiled. “So that’s a great benefit just being able to go to school and rub elbows with people from around the world and get a sense of the world community, right here in north Alabama. Some people, of course, like it because it's a Catholic school and they're Catholic, or if they're not they have a great respect for the Catholic education that is so typical around the world and they know they can rely on that: the instruction, moral instruction and also instruction that's about the faith. That's a great benefit for us and we have may non-Catholics that like that aspect of it too, that their child can study biology and also study the scriptures, to know more about God and pray to God all in the same classroom, which is a good thing.”

Father Martin said he and all those at St. Bernard appreciate the support the festival receives from the local community.

“We're just so grateful for the local community that supports the festivals that we have, this one and the Bloomin’ Festival, because it really is a community event,” said Martin. “We're grateful to people that come out rain or shine and have a good time with their families.”