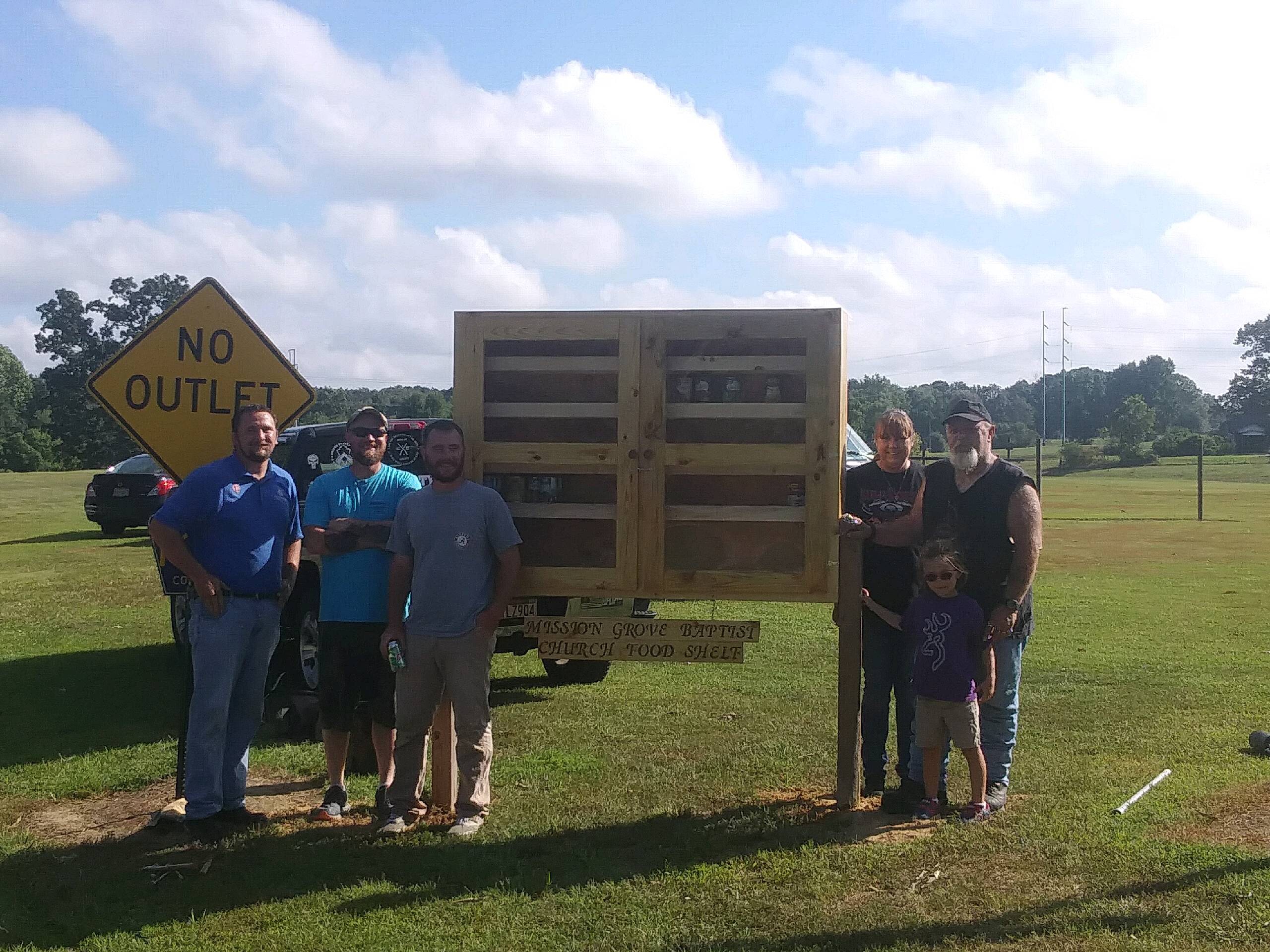 BERLIN – Mission Grove Baptist Church was excited to open up its new food shelf earlier this week and according to Pastor Josh Hogland, it’s nearly ready to be re-stocked. The food shelf was built to provide food for individuals and families in need, and the Mission Grove Baptist Mission Team along with Hogland know there are plenty of people they can help in their area.

“We were looking for different ideas and different ideas that we could help the community and have a purpose. We want to be a church with a purpose that is about wanting to help people not only spiritually, but also physically,” Hogland said. “In the area we’re at out there, there’s a lot of people who are on hard times. There are a lot of low-income houses in that area and there’s a lot of kids. It was just something that we as a church and as a mission team wanted to be able to do for our community. One of our slogans is that we’re a church at the heart of the community with the community on its heart.”

Something that was important to Hogland and the team was the ability for community members to anonymously take advantage of the food shelf. They hope that the idea will encourage more people to seek help if they need it.

“That’s one of the main things we wanted to focus on was how can we help parents take care of their children, so we got to brainstorming and got the idea of doing a food pantry, but we wanted to do something geared more towards anonymity,” Hogland said. “We have the food pantry here in Cullman that Javon Daniel runs (Cullman Caring for Kids), and he does an awesome job, but at the same time for me, as a man, it would be hard to go and accept something from somebody else giving it to me because of my pride. So, we wanted to come up with something to do that would keep the identity out of it. That way people hopefully will feel more comfortable coming by.”

Hogland credited Joe Alverson for a lot of the work on the project and was pleasantly surprised at how eager Alverson was to get involved. Hogland and the church also want to continue expanding the idea to other parts of the area.

“I mentioned the idea to a guy named Joe Alverson, just looking to see if he had any other ideas and next thing I know he’s sending me pictures and he already had it built. Joe is an unbelievable person and he has an unreal heart,” Hogland said. “It just sort of went from there and our plan is to try and have seven of them placed throughout that part of the county out towards Welti and Berlin and Baileyton and those areas.”

Hogland and the team are still putting together even bigger plans for keeping the shelf stocked, but there are already plenty of ways for anyone to contribute, and not just with food.

“Right now, we’re three days into it and we’re going to have to start refilling it here soon. It’s pretty much been emptied out. As a small business owner here in Cullman, I own SHH Mechanical, one of the things I’ll be offering is a free HVAC maintenance and service just by donating two canned goods,” Hogland said. “So, that’s one thing we’ll use to stock it.  We’re also getting different donations from people, and the church is going to match anything that’s brought in. We’re stocking food items, but one of the biggest things that ended up going out of there this time was toiletries like deodorant, toothpaste, toothbrushes and things like that. The main thing is we just want people to know what it’s for and that it’s available for them.”