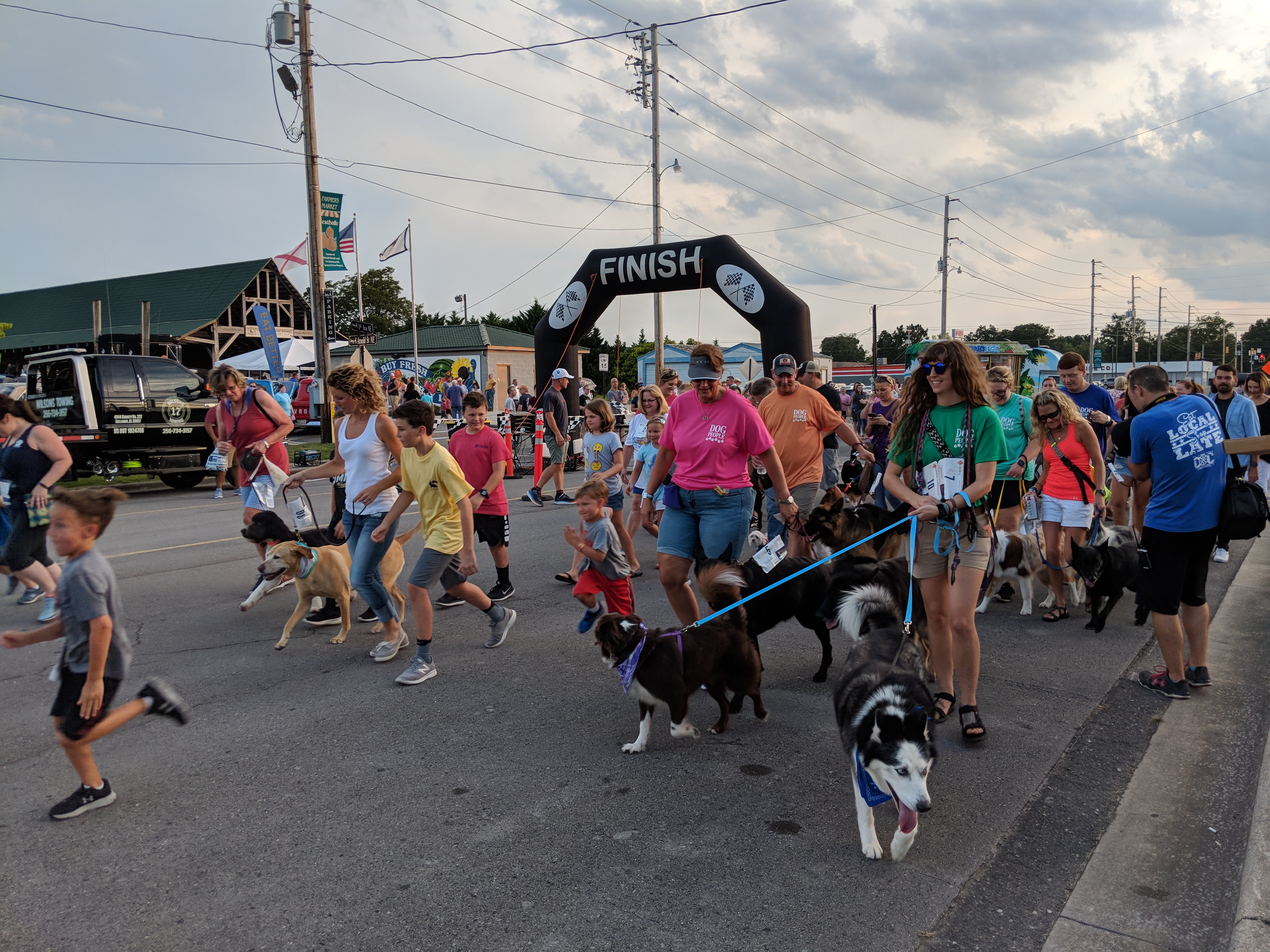 The 2nd Fridays Furry 5K and 1-Mile Family Dog Walk brought out serious runners and families alike, along with dogs of all shapes and sizes. (Heather Mann for The Tribune)

CULLMAN – After being discontinued in 2008, the Wallace State Community College Men's and Women's Cross Country teams were reintroduced and completed their first seasons in the fall of 2017. In order to help raise funds and awareness for the program, head coach Stan Narewski and assistant coach Tony Crider worked with Leah Bolin – president of the Cullman Area Chamber of Commerce – to host a 5K and 1-mile run at the 2nd Fridays summer street festival Friday night. As a bonus, the events welcomed runners with more than two legs; the Furry 5K and 1-Mile Family Dog Walk brought furry friends of all shapes and sizes to Depot Park.

While the numbers weren't exact, Crider estimated a total of around 90-95 human runners and 40-70 dogs registered, and the coaches feel that this will only get bigger next year.

"We're gonna try to grow this thing to be at least twice this large, if not three times," Crider stated.

Narewski felt optimistic that it would work out.

"Cullman's a great place anyway, and this idea of what they're doing in the downtown area is like, 'Come on down, see what we're all about' and to be asked to be part of that is good for our program,” shared Narewski. “It gets our kids exposed to different parts of town, and I'm telling you a year from now, it's gonna be bigger just because our kids and our supporters are gonna bring their families and friends to come see everyone run and enjoy the downtown area."

The prizes certainly gave a good incentive to keep the tradition going: the first 100 people to pre-register for the events received free race T-shirts, the top 10 men and women were given medals and the first-place male and female runners received a year's worth of Buffalo Wild Wings.

The fun runs helped in more ways than just bringing awareness to the program. All proceeds from registration fees and donations go to help the cross country teams partake in more activities than their original budget might have allowed. Upcoming runs will take place at Jacksonville State University (which will be their first run and will take place on Aug. 29), UAH, Montevallo and Berry College (in Georgia). The goals for the coming season are to get the students used to running against four-year colleges (and let the other colleges see about recruiting any of them for their own teams) and to make it to nationals in Garden City, Kansas.