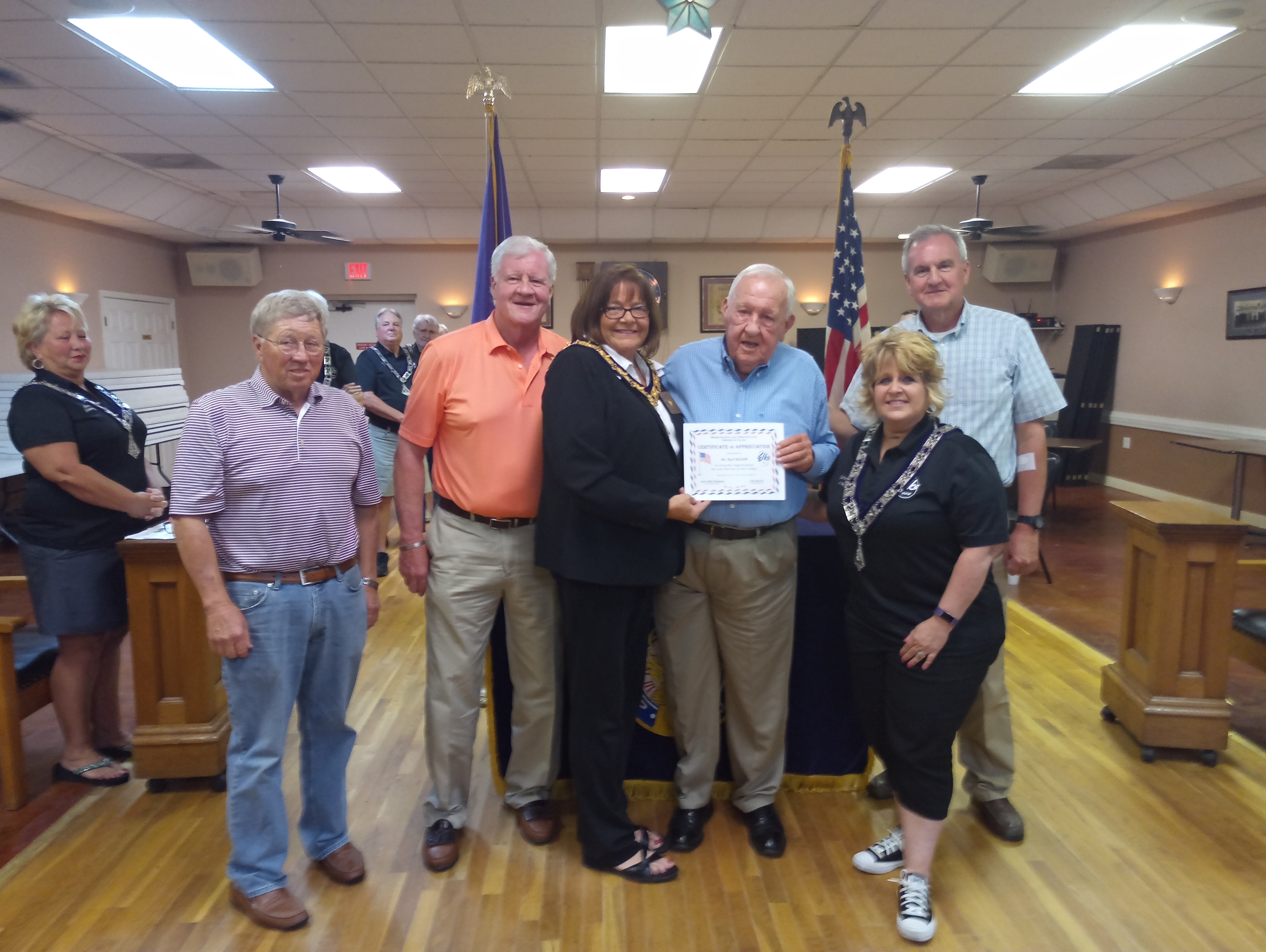 CULLMAN – The Cullman Elks Lodge began a new tradition Wednesday evening: The Elk Spotlight of the Month. The award honors the chosen member’s service to the community and lodge. Members who receive the award exemplify what it means to be an Elk and often set the bar for membership in the organization.

For the inaugural award, the Elks chose Bertis “Bert” McGriff, who has been an Elk for 63 years, serving both the lodge and the Cullman community for more than half a century.

The Exalted Ruler of Cullman Elks Lodge 1609, Dale Ball, paid tribute to McGriff’s effects on the community throughout the years as one of Cullman’s “Titans of Industry.”  Since starting McGriff Tire Company, Inc. in 1948, McGriff steered the company’s expansion well beyond Cullman’s borders. It is among the top five truck tire retreaders in the United States.

McGriff joined the Elks in 1955 and was an original member of the “Cullman Flying 50,” as were several Elks of the era. The group is famed for recruiting the King Edward Cigar Plant and many other businesses to Cullman, kickstarting an era of rapid growth and industrialization.

Cullman Elk Terry Jester shared one of many fond memories he has of McGriff. Jester has worked for McGriff for 36 years and describes the work environment as a family. When Jester lost his father 10 years ago, he said, McGriff made sure to support him during his time of need.

Said Jester, “Bert was there at the viewing, and I said, ‘My dad’s gone; you have to be my dad now.’ He took that role and still holds it today. I love him to death.”

McGriff said of the award, “It’s an honor. I’ve been blessed. This is a great club, and I’ve always enjoyed being a member. I thank you members for what you are doing in this community. It’s been great; I can’t say enough.”