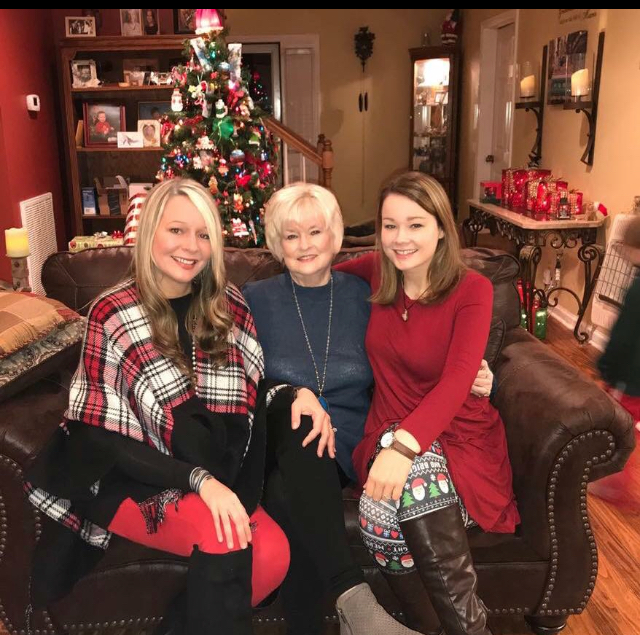 CULLMAN – After Victoria Hammond Hankey passed away from pancreatic cancer this past May, her daughter, Good Hope Primary School first-grade teacher April Bowen German, wanted to do something that would honor her memory and also make a positive difference in her name.  Having ongoing contact with, and a dash of inspiration from, Ashley Wilson of Curt’s Closet which provides clothing and accessories to children in need, German saw an opportunity to do something that would achieve both goals through a charitable ministry to single parents. She named it Victoria’s Hope.

“She was a single mom for a very long time,” said German of her mother, who married in her daughters’ teen years, “and had a hard time: had to work three jobs, raising us.  And I just remember her trying to get everything for us, and her not having even a pair of blue jeans that didn’t have a hole in them, because she couldn’t do anything for herself, because she was trying her best to provide for her kids.

“But, even through all that, she would help other people, like getting up donations for families in need, and helping pay people’s bills, and things like that.  And she was an apartment manager that would let people move in even if they didn’t have the money at the time. And she was always just helping people, and that was always her dream was to help people and do something like this.

“So, when she passed away, I got the idea of doing it.  It’s an organization to help single moms with some things they may need and give them some clothes to make them feel good about themselves and help with the children (going) back to school.  I haven’t really done a lot of the kids’ school clothes or clothes for children, because Curt’s Closet also does that. And I’ve been working with her a lot, getting ideas from her. But she’s good about providing for children’s clothing, so my main focus to begin with has been just like clothing for mothers, just to help get them a nice wardrobe where they can feel good about themselves.

“And I started out where people would just nominate a parent to me that didn’t know anything about it.  They would give me the sizes, and I would get the clothes together, and then they would deliver it to the parent without them knowing that that was even happening.  And so, a lot of mine, I’m kind of wanting it to be a surprise to them.”

Victoria’s Hope is just getting off the ground, and is currently operating out of German’s home, with help from her sister Heather Hankey.  She hopes to be able to move her stock into a separate facility in the near future. She’s also working on setting the ministry up as a registered nonprofit, so donors will be able to receive tax deductions.  She also wants to expand her offerings for clients with items like baby beds and baby clothing.

German plans to begin scheduling fundraisers soon; that could help her expand her inventory and even give her the ability to assist clients with expenses like utility bills and fuel for cars.

“Just anything I can do to help,” said German.

She added, “And not even just single mothers.  I found out there’s so many single fathers out there, too, that’s going through the same thing, because I’m a school teacher, so I see that every single day.”

German would also like to see a program start at her school, to provide coats and other needed items to students there.

Victoria’s Hope is already serving families in the community, having served four families in its first week back in May, and recently having taken on several more clients including the family who lost its home near Jones Chapel in last Friday’s tornado.

“My goal is just to help as many people as I can, because I’ve been through it with my mom and I’ve seen her struggles . . . I just feel like we’re put on this earth to help people; that’s our goal, and that’s what I’m wanting to do.  I’m just trying to turn everything I’ve been through into something positive that my mother always wanted to do but she wasn’t able to. And I just feel like this would be something she would just be so proud of, and to know that her name is associated with it.”

Those who wish to make a financial or material contribution, or who know of a need that Victoria’s Hope can meet, can visit www.facebook.com/vickishope42018/ and leave a message.  Younique Sophistication, located across from Sacred Heart Church at 105 Second Ave. SE, is also a drop-off point for contributions and donations.

Visit the Victoria’s Hope Facebook page Wednesday for an announcement about an upcoming fundraiser.