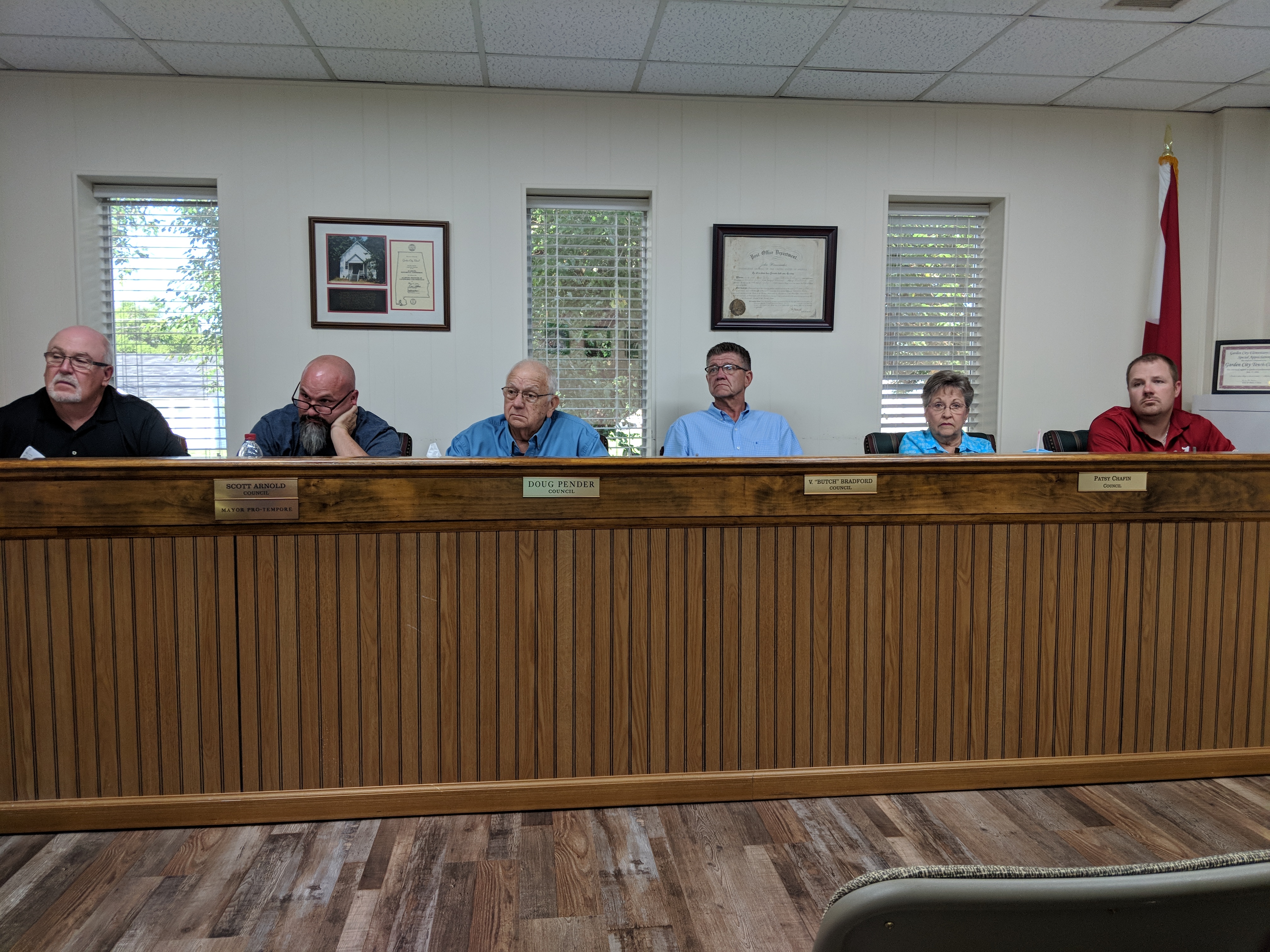 The Garden City Town Council meets on the third Monday of each month at 6 p.m. (Heather Mann for The Tribune)

Mayor Pro Tem Scott Arnold said the Freedom Celebration will take place on July 1 in the park, with festivities starting at 6 p.m. and fireworks starting at dark.

– Deb's Tire update: The court continuation date will be July 24. In April, the council issued citations to Deb’s Tires and Roger's Tire, each found to be in violation of several ordinances including weed accumulation, garbage disposal and violating no parking zones. Maintaining a nuisance was also listed as one of the violations as several council members said the businesses have been aware of the violations for two years. According to the council, Roger's Tire has been operating out of the same location as Deb's Tires with no business license.

– Second reading and adopting of Ordinance 2018-221: Amendment to Business License code as approved at the May council meeting. The amendment changes the definition of a business – “any occupation including renting or leasing two or more residential or non-residential real estate for profit or gain” – by changing “two or more” to “any” and adding an exception to someone renting only one single-family dwelling.

– the council considered a half-cent sales tax; it was tabled until next month’s meeting

– gave an update on police vehicle repairs: A dipstick tube has been acquired, the transmission needs to be replaced, the radio needs to be changed, windows will roll down but not back up, lights and siren have been put on, there is an issue with a plug on the light bar and there are two new batteries.

– said the Town should be hearing about the grant it applied for for the fire department earlier this year and said the lack of a rejection by now seems to indicate a favorable response to come.

– considered imposing a speed limit for trains traveling through town