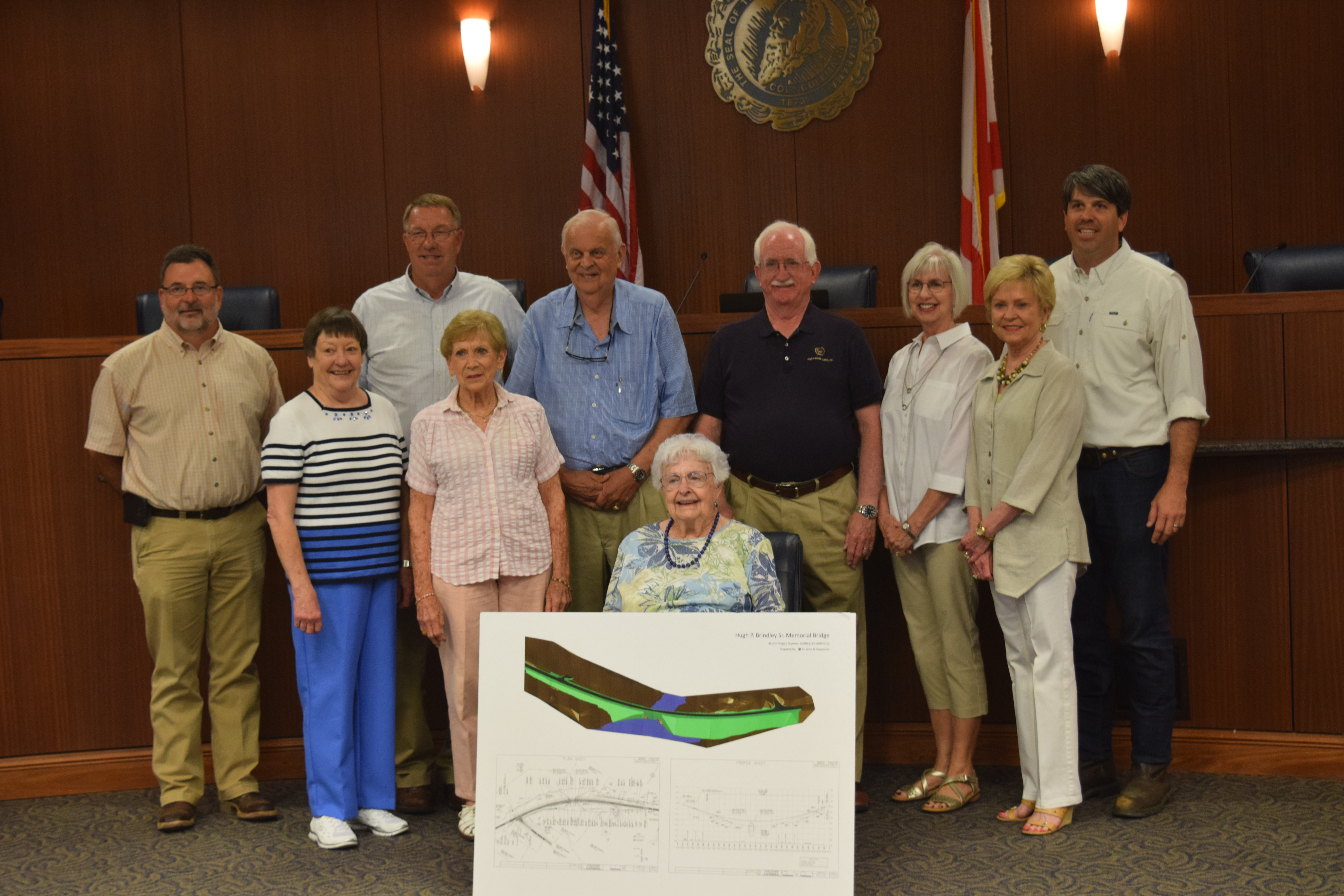 Members of Hugh P. Brindley Sr.’s family, shown here with members of the Cullman City Council, were on hand for the announcement that the new Eva Road Bridge will be named in memory of Brindley. (Andrew Cryer for The Tribune)

CULLMAN – The new Eva Road bridge, which will replace the current one crossing Bridge Creek, will bear the name of longtime Cullman resident and respected businessman Hugh Brindley. When construction is complete, the bridge will be known as the “Hugh P. Brindley Sr. Memorial Bridge.”

The announcement was made at a special meeting of the Cullman City Council on Thursday.

Hugh P. Brindley, Sr. (1912-1965) was a longtime Cullman citizen and respected businessman who played a very important role in improving Cullman's infrastructure during his lifetime. His father, George Asa Brindley, worked as a night watchman at the Cullman Light and Water Plant on Eva Road in the 1940s. In the 1950s, Hugh, Sr. led a successful campaign with city and county officials, as well as with Governor "Big Jim" Folsom, to pave Eva Road where the new bridge will be built.

Because of Brindley's great contributions to our community, his family's history in the area, and his role in successfully campaigning for the paving of Eva Road in the 1950s, it is fitting that the new bridge be named after him, the City of Cullman said in a statement.

The project will be completed an estimated 200 days after construction begins according to Dale Bright of St. John & Associates. Bids for the project are expected to go out late this summer.

City Council President Pro-tem Jenny Folsom noted that the project will be the start of a new “green way” in the area. Mayor Woody Jacobs said the green way, with the help of grants, will “run from Arnold to Oak Street, the Warehouse District, and from there until Mary Carter Store on Fourth Street Southeast.” It will transform the streets accessibility and lighting in the area, according to Jacobs.