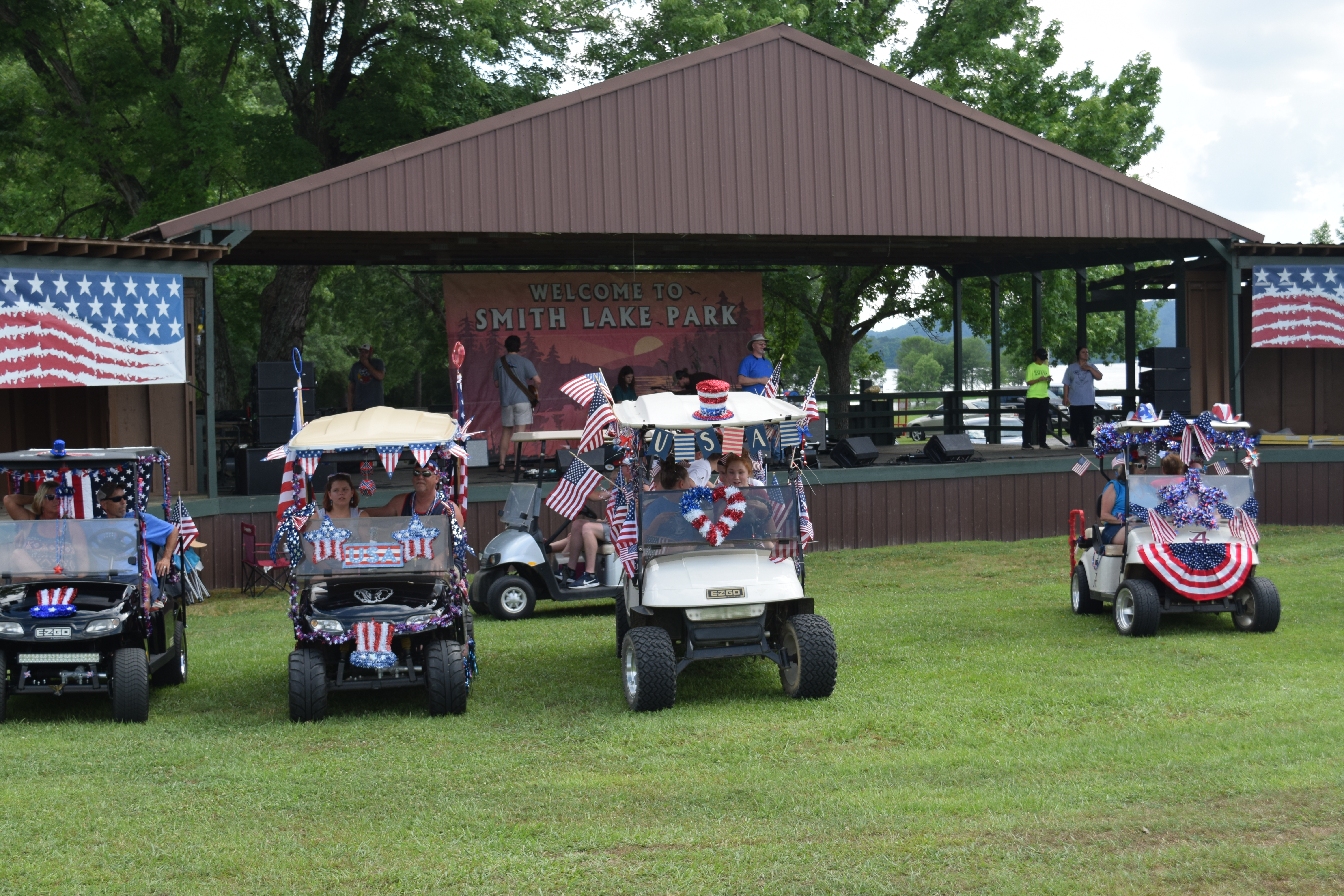 CULLMAN – Cullman County Parks and Recreation hosted its annual Smith Lake Park Memorial Day Weekend Music Festival this past Saturday, and despite the threat of rain, saw a steady turnout throughout the day. It was also opening day for the park’s swimming pool.

CCP&R Executive Director Doug Davenport was excited about the event despite a slightly depressed turnout. “The camping section of the park is full to capacity and actually in overflow,” he smiled.

Vendors, live entertainment and guests of the park were just as excited to for the kick-off of the summer season.

One such vendor, Krista Bartlow, an independent fashion consultant who sells LuLaRoe and Paparazzi, said coming to the event was worth it “if nothing else, just to meet new people and to talk and network.”

Daniel Raine had a slot in the day’s lineup of live music performers. Originally from Birmingham, Raine performed at the festival as a one-man band but is part of a few other bands in the Birmingham area. Raine said he will be back and will be featured at the Sweet Tater Festival on Labor Day Weekend. He said he always enjoys his time playing in the Cullman area.

“I definitely want to play this again. I’ll have my full band for (the Sweet Tater Festival),” he said, “and I love Smith Lake. I would love to just spend time here on the lake.”

Another Smith Lake lover, attendee Amy Anderson of Cullman, said she has lived in Cullman all her life and has come to the festival for the last three years. She described the annual event as enjoyable and a good chance to enjoy being outside.

Along with live entertainment, the festival featured local favorites such as the balloon toss and the annual Golf Cart Contest. Participants decorated golf carts with a Memorial Day theme and held a mini parade across the festival grounds.