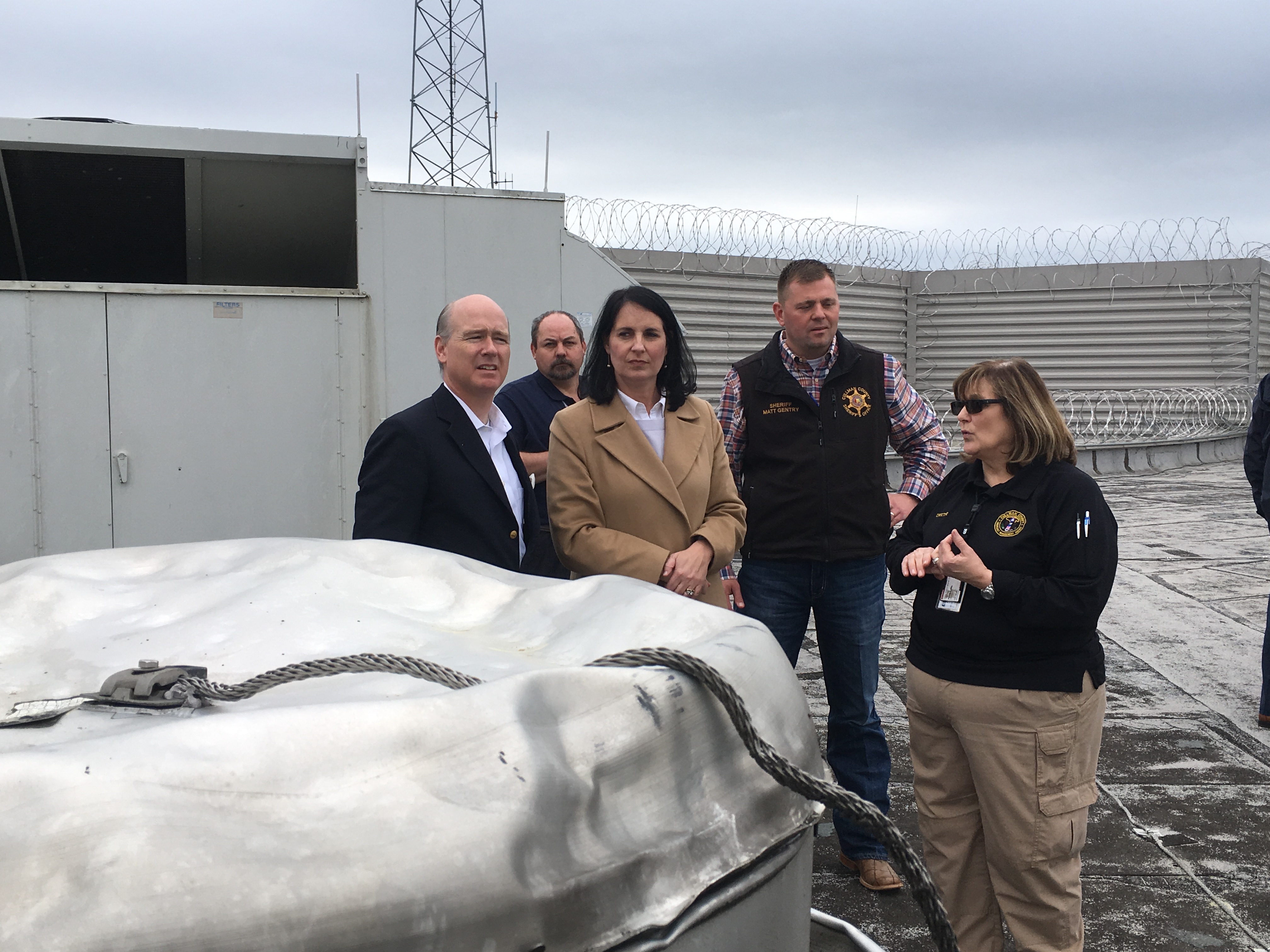 Aderholt was on a one-day swing through his north Alabama district, accompanied by wife Caroline Aderholt and son Robert Hayes Aderholt.  He stopped in Jasper in the morning for the opening of a new manufacturing facility, then came to Cullman to have lunch with participants in a Cullman County Soil and Water Conservation District agriculture tour, before visiting the CCSO. He planned to visit Lawrence County Wednesday.

“You know, I was in Washington when the storm hit last week,” said Aderholt, “and I wasn’t able to be down here.  I just got back down into Alabama on Monday, yesterday. So, while I was here, I wanted to take the opportunity to come by and just see some of the damage . . . Thank goodness, like the facility here with the CCSO, most of it was covered under insurance and most of it’s going to be able to be replaced.  There are going to be a lot of inconveniences for the next probably few months, as you’ve seen, but thankfully everything was insured, so, hopefully, they’ll get back to normal real soon.”

Aderholt walked through the CCSO administrative offices and detention center, hearing from Gentry about how hail damage to the roof translated into ceiling and water damage inside the buildings.  Water leaks caused ceiling tiles to collapse, and hail strikes dislodged blown-in fire retardant insulation. Fine netting was strung up in inmate dormitories to catch pieces of insulation until repairs can be made.

After seeing everything from offices to cell blocks and the detention center kitchen (which lost two large walk-in coolers), the group made its way to the roof.  There the group saw the clear signs of storm impact: battered metal fixtures, including nine large HVAC units that will have to be replaced, and a deck speckled with more than 1,000 splotches of roof-patching cement, each covering an impact point where hail punched through the tar-paper roofing.

A final damage total has yet to be calculated, but Gentry said he expected that damage to the detention center will exceed $5 million, with at least $1 million more to the administrative building and $500,000 or more to the training center and 20 totaled CCSO vehicles.