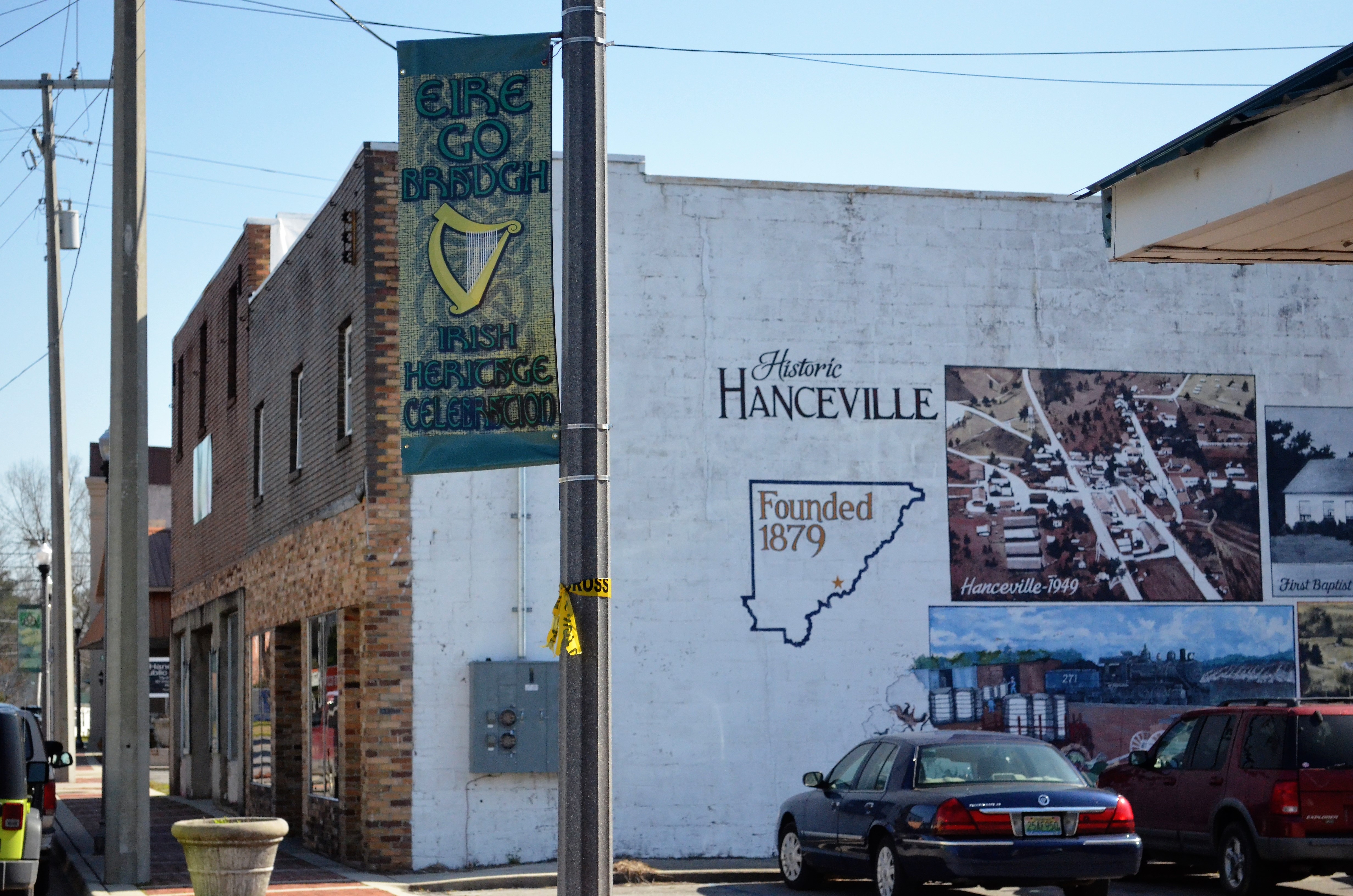 HANCEVILLE – Hanceville is going to be debuting a new tradition this St. Patrick’s Day with an Irish Heritage Celebration. Mayor Kenneth Nail has had the idea presented to him in the past and he, along with a few other organizers, decided to break ground on the tradition this year.

“Several years ago, Coleen Vansant, who is the public relations person for the Alabama Forestry Commission who just happens to live in Hanceville and went to school at Hanceville, she’s been chewing on my ear for two or three years about we need an Irish heritage festival. I said you know you’re exactly right because Cullman has the German heritage festival with ‘Johnny’ Cullmann and all that, but to be honest with you, there was probably more Irish in Cullman County than there were Germans,” Nail said. “My great, great grandfather was what they called the old red Irish with the red hair and the whole nine yards so we kind of decided to do a little bit this year. We hope to build on this next year and do a little bit more; we would love for it to get bigger and bigger.”

This being the inaugural festival, Mayor Nail and the others didn’t have as much time to prepare and organize this year’s event as they will in the future. However, Nail is still excited for the attractions and activities they’ll have Saturday for the public to enjoy.

“We didn’t want to get too deep because we didn’t want people expecting just a whole bunch of different things and we’re really just starting out with four or five people so this year basically what they’re going to do, between 2 p.m. and 4 p.m. they’re going to meet around the library downtown, the Hanceville band is going to be there and they’ll be playing some music and there’s going to be a bake sale and you might be able to get some green Kool-Aid.”

Outside of the bake sales, live music and other features, this year’s festival also has activities planned for the kids.

“One of the things we’re going to do is between 2 and 4 the kids can come to the downtown area between Jimmy Hale Mission and Bangor Avenue and hunt for the gold around downtown Hanceville, and what they are is gold rocks. If you bring the golden rocks to the library, you will get certain prizes. I did notice that there’s some prizes like a wheel alignment and if little Johnny finds a golden rock he probably doesn’t need the wheel alignment but Mom and Dad sure would probably like to get it,” Nail joked. “There’s gift certificates from places like Luna’s BBQ, there’s a set of jumper cables and some toys and things that we’ll be giving away, so the rock/gold hunting is pretty much for the kids and then of course we encourage everyone to visit the stores downtown.”