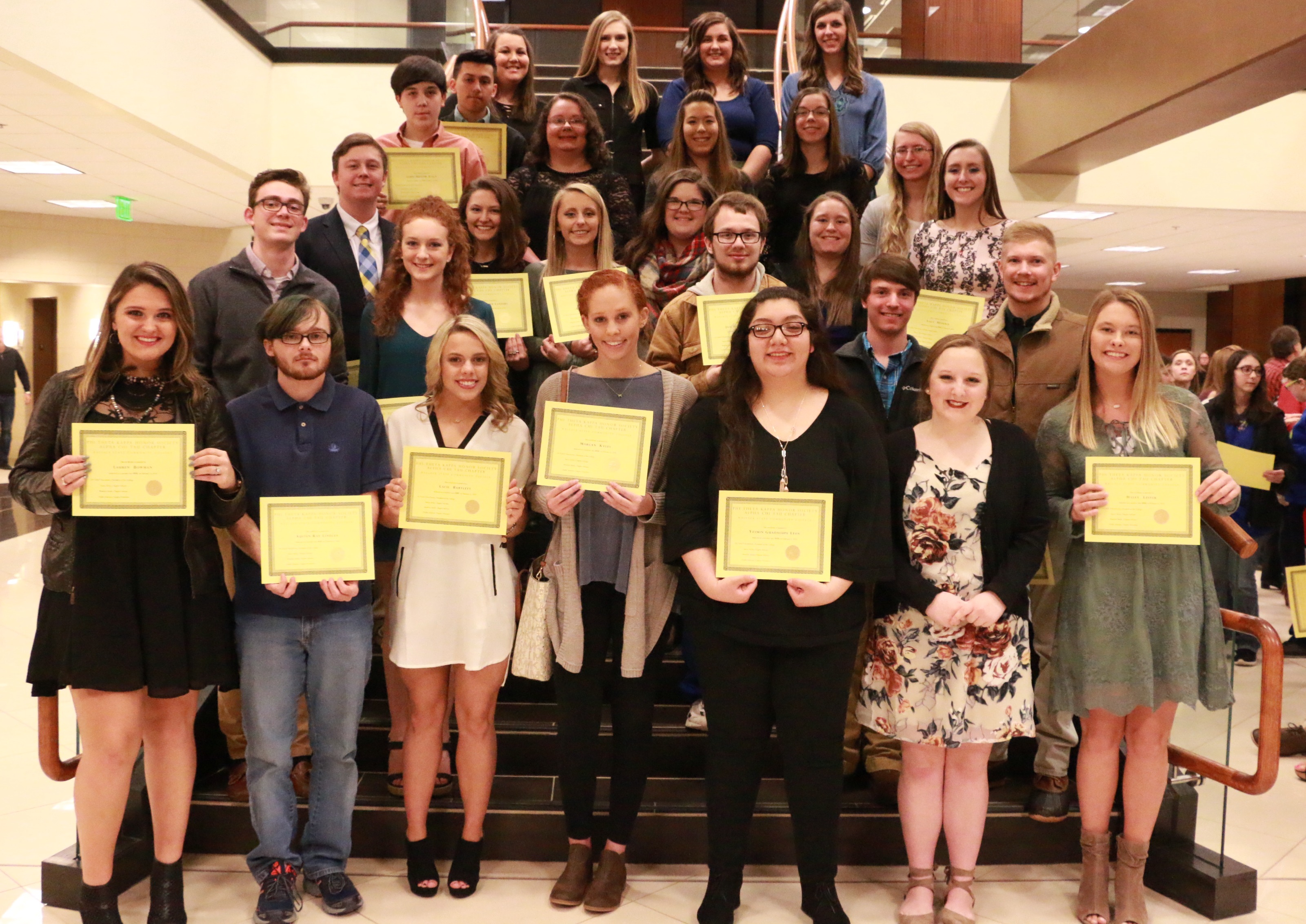 Mu Alpha Theta is the mathematics honor society for community colleges. The organization provides members with various avenues to showcase their mathematical knowledge and talents, while providing opportunities to learn from and interact with members across the United States. The Mu Alpha Theta insignia represents an important relationship in mathematics that combines the mystery, the challenge, and the beauty of numbers with a simple geometric figure, the right triangle. Instructors Dr. Krystal Davis and Dana Adams are chapter sponsors.

Sigma Kappa Delta is the National English Honor Society for two-year colleges. Sigma Kappa Delta provides the exceptional student with a variety of opportunities for advancing the study of language and literature, for developing skills in creative and analytical writing, for meeting other outstanding scholars and professionals in the discipline of English, and for obtaining scholarships. Instructors Sally Warren, Gayle Ledbetter, Karen Morris, Haley Nix, Cynthia Smith, and Allison Robertson serve as the advisors for Sigma Kappa Delta.