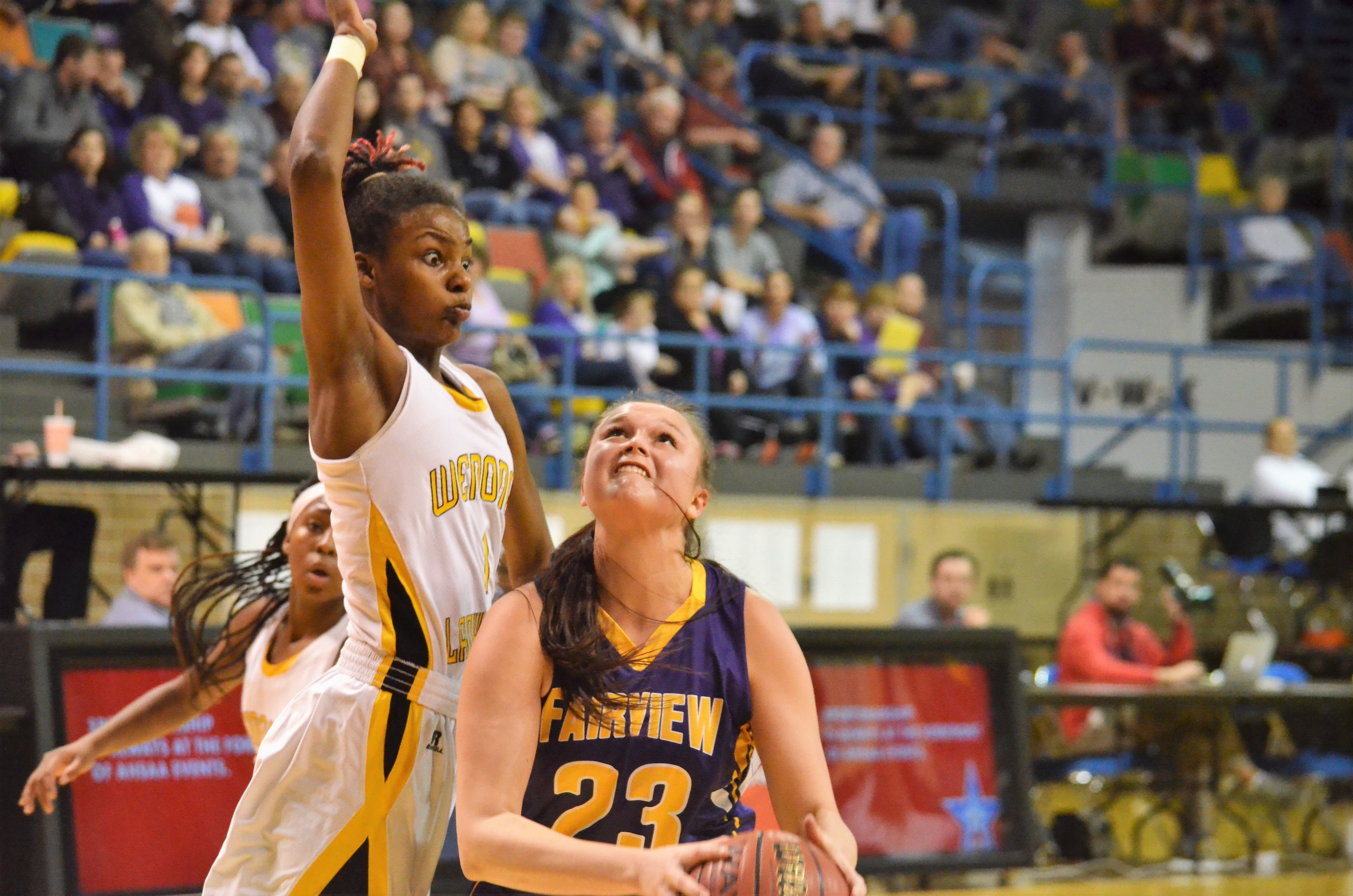 HANCEVILLE – The Fairview Lady Aggies fell in their round of Sweet 16 matchup with Wenonah Monday morning 54-38 to end their postseason run and finish the season 23-8. The Lady Dragons are seeking their fifth straight state championship and jumped out to an early lead over Fairview.

Wenonah was able to attack the basket offensively and maximize its possessions with high-percentage shots, and Lady Dragons’ size and speed made it difficult for the Lady Aggies to play as fast as they like to. Wenonah shot 54 percent in the first half and 48 percent for the game, making it difficult for Fairview to keep pace with the Lady Dragons. The full court press and aggressive defense from Wenonah led to eight first-half turnovers from Fairview and put the Lady Aggies in a 34-18 hole at the half.

Fairview was able to chip away at the Lady Dragons’ lead in the third quarter, thanks in large part to Abbi Taylor’s performance scoring down around the basket. Taylor led all scorers with 20 points. The Lady Aggies tightened up in the third quarter and generated some turnovers that led to easy baskets, but they couldn’t cut deep enough into the Wenonah lead to stay in it for four quarters.

The fourth quarter was controlled almost entirely by the Lady Dragons, who maintained possession and control of the clock for the majority of the final frame. Faith Reynolds was a problem for Fairview, especially when she attacked the basket. Reynolds led Wenonah with 19 points and shot 50 percent from the field. The Lady Aggies were held to just five points in the fourth, and 10 more turnovers from Fairview in the second half led to several easy baskets for Wenonah late in the game that allowed them to pull away.

Fairview graduates six seniors from this 2017-18 squad and will look to bounce back with another post-season run next fall.