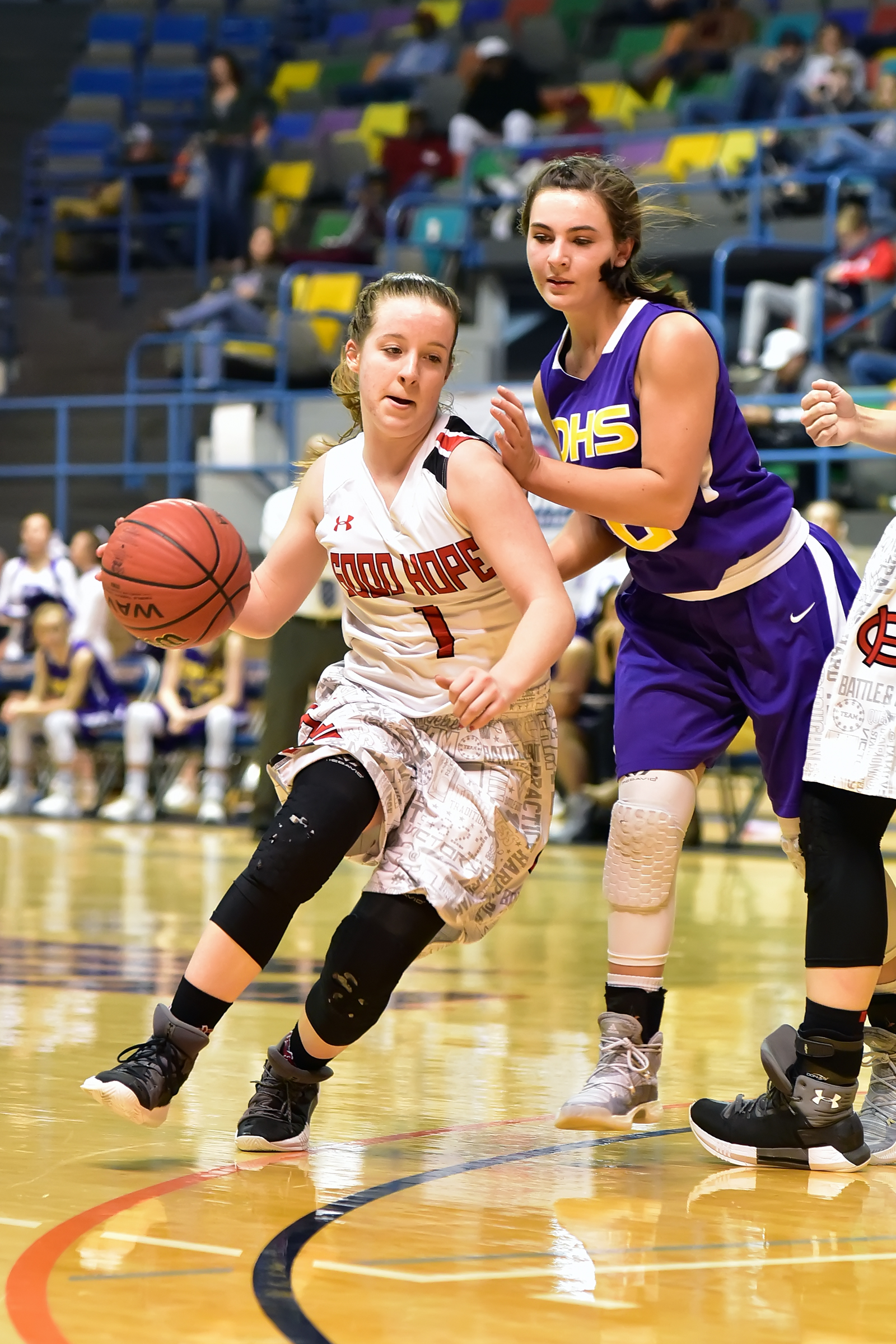 Good Hope's Erika Woodall (1) drives toward the basket on Saturday in the 2018 Northwest Regional. / Bill Piper

HANCEVILLE – The Good Hope Lady Raiders’ playoff run came to an end Saturday morning when they came up short against the Danville Hawks 49-39, in the Northwest Regional at Wallace State.

The Lady Hawks got out to fast start and led the Lady Raiders by 11 late in the first quarter. Good Hope put together a scoring run midway through the second quarter and cut the Danville lead to just 30-27 at the half.

Erika Woodall and Leyton Seal led the way for the Lady Raiders on the offensive end, scoring 11 and 12 points respectively, while forward Kate Kent led the game with 12 rebounds and finished with seven points. Unfortunately for Good Hope, a lot of that production came in the first half and the Lady Raiders couldn’t keep scoring consistently.

Danville’s three-point shooting was a problem for the Lady Raiders in the first half. The Lady Hawks hit seven of their 14 three-point attempts with three of them coming from Emma Broadfoot and two more coming from Jolee Cole. Cole led all scorers with 17. Good Hope’s 11 first-half turnovers made it difficult for the Lady Raiders to find a rhythm offensively and provided extra possessions for the Lady Hawks’ offense, as well as some fast break opportunities.

The second half was even tougher for the Lady Raiders offensively. Good Hope was held to just two points in the third quarter, allowing the Lady Hawks to widen their lead going into the final frame. Good Hope never loosened up on the defensive end, allowing just 19 points in the second half, but six more turnovers and 14 percent shooting from the floor kept the Lady Raiders from capitalizing on their defensive performance.

Good Hope’s season closes at 11-21 with a Sweet 16 appearance. The Lady Raiders will look to bounce back with an even deeper post-season run next season.