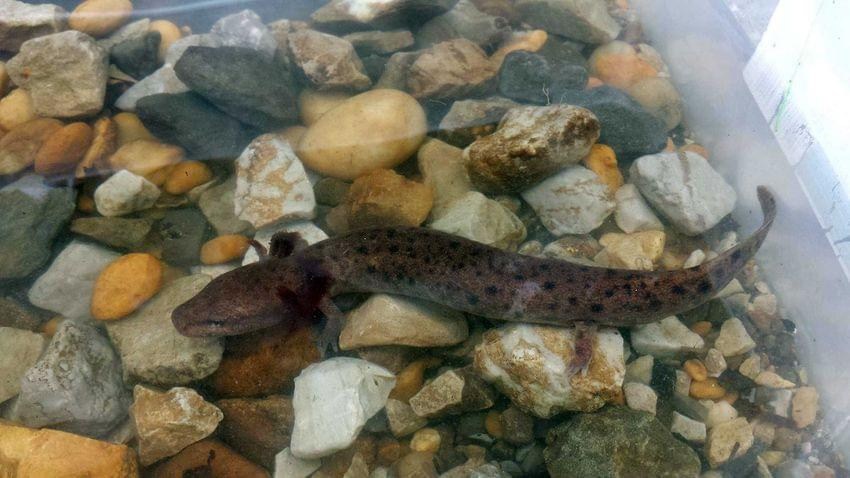 The Black Warrior waterdog, also known as the Alabama mudpuppy, is now listed as an endangered species. / U.S. Fish and Wildlife Service

The U.S. Fish and Wildlife Service (Service) listed the salamander as an endangered species under the Endangered Species Act (ESA), meaning it is in danger of extinction throughout all or a significant portion of its range. A rigorous review of the best available science has found low and declining population numbers due to loss and fragmentation of its habitat and poor water quality in the Black Warrior River Basin. The highly permeable skin and external gills of the waterdog make it particularly sensitive to declines in water quality and oxygen concentration.

The Service is also finalizing critical habitat for the Black Warrior waterdog, designating 420 river miles of critical habitat in four units, including 127 miles of habitat already designated for other federally protected fish, mussels and salamanders. The designation includes only areas currently occupied by the species and will protect more than 50 percent of the waterdog’s historical habitat. The designation is comprised of five tributaries within the Black Warrior River Basin; Sipsey Fork (Lawrence and Winston Counties); Locust Fork (Blount, Etowah, Jefferson, and Marshall Counties); Blackwater Creek (Walker and Winston Counties); and Yellow Creek (Tuscaloosa County).

Establishing critical habitat will raise awareness of the needs of the waterdog and other imperiled species and focus the efforts of our conservation partners. It also alerts federal agencies that they are required to make special conservation efforts when they work, fund or permit activities in those areas.

The Black Warrior waterdog, known by its nickname, the Alabama mudpuppy, is a large, night-loving salamander that maintains its larval characteristics, including retention of external gills, throughout its life. It is found in streams within the main channel of the Black Warrior River and parts of the North River, Locust Fork, Mulberry Fork and Sipsey Fork. Sources of pollution in the Black Warrior River Basin include runoff from industrial plants, landfills, sewage treatment plants, construction, and the historical impacts of surface mining.

The Black Warrior waterdog is recognized as a Priority 2/High Conservation Concern by Alabama, meaning the state has been actively engaged with local and federal partners in understanding and addressing the impacts to the waterdog and other imperiled wildlife that share its habitat. There are 26 federally protected animals found in the Black Warrior River Basin, 15 of which are aquatic, including the flattened musk turtle.

Consideration of the status of the waterdog was required under a court-approved litigation settlement agreement with two environmental groups.

The complete listing and critical habitat rule, which becomes effective 30 days after publication in the Federal Register, can be obtained by visiting the Federal eRulemaking Portal: http://www.regulations.gov at Docket Number FWS–R4–ES–2016–0031. A copy can also be obtained by contacting U.S. Fish and Wildlife Service, 1208-B Main Street, Daphne, Alabama, 36526.

For a complete breakdown of the rule, including Frequently Asked Questions, click on the following links: