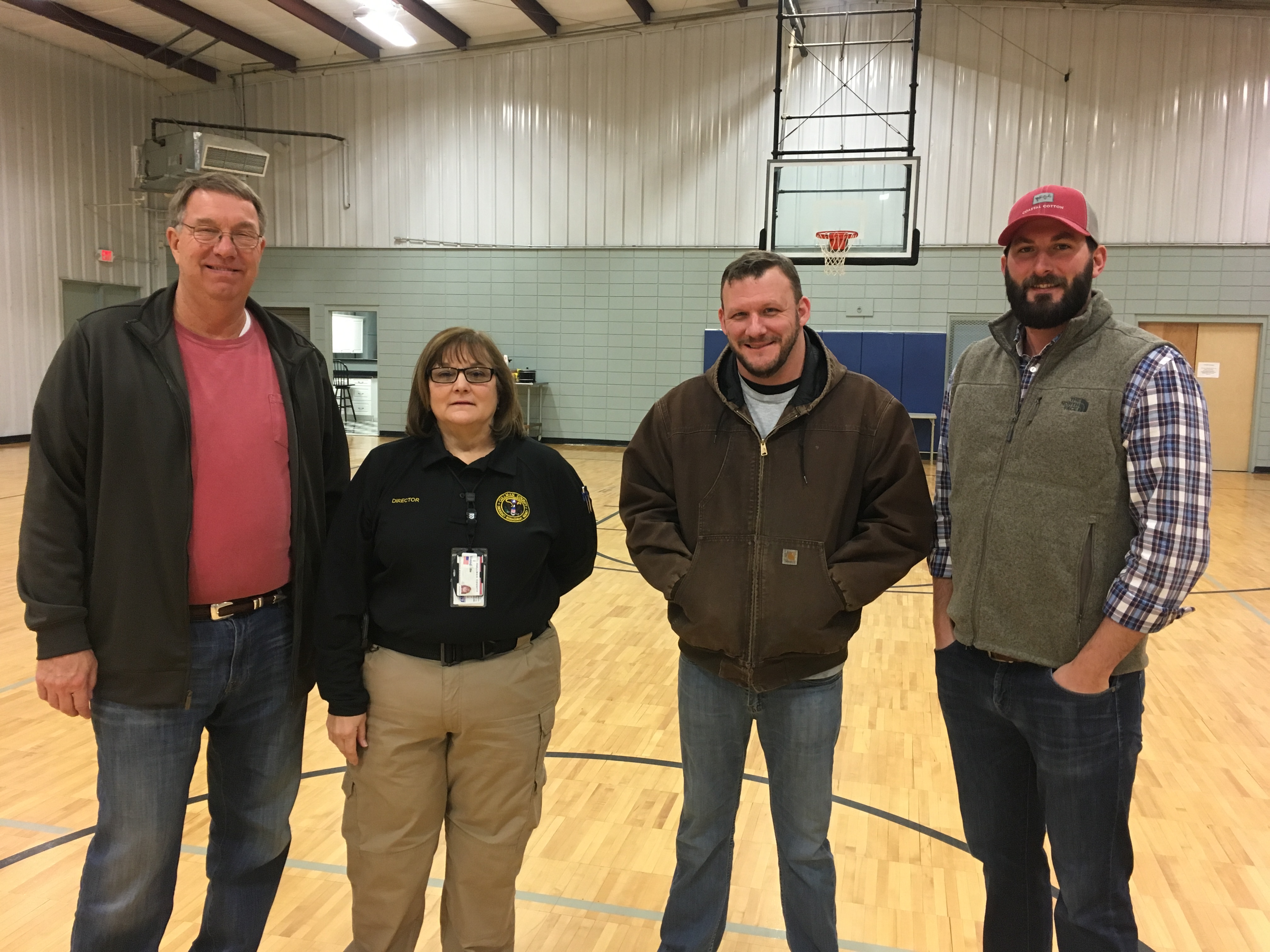 CULLMAN COUNTY – As temperatures dip down into dangerous lows, authorities and volunteers around Cullman County are responding.  Warming stations have been opened at Hanceville City Hall at 112 Commercial St. in Hanceville and at the Donald Green Senior Center at 1625 Cleveland Ave. SW (near the Field of Miracles and Aquatic Center) in Cullman.

On Sunday night, as temperatures began to bottom out, the city of Hanceville had a station open in its city hall, and on Monday, Cullman County Emergency Management Agency (EMA) and a local volunteer relief group followed suit at the Donald Green Senior Center in the city of Cullman.

“Hey guys, the City of Cullman is looking to open a warming station for people in need at the Cullman County Museum (location later moved to Senior Center). The plan, if they can get enough volunteers, is to keep it open 24 hrs a day through this coming Saturday. If they can't get enough volunteers to do that the priority would be to keep it open during the night hours when it is the coldest. PLEASE let me know if you can help with this, or know someone who can. Thank you for your willingness to help serve our community!!!”

Hopper told The Tribune, “This is Cullman County’s newly-established VOAD team’s first callout.  This is our first chance to actually work in a real-life situation, and to just see where we can improve and how we can work together.  That’s why we’re here, to work together with other organizations.”

Afterward, a decision was made to move the warming station from the museum to the Donald Green Senior Center.  The station opened at 3 p.m. Monday, with plans to stay open until 8 a.m. Tuesday.  At that time, a decision will be made about the next step.  According to Hanceville Mayor Kenneth Nail, Hanceville’s station will be open at any time the temperature is below freezing.

Little cautioned that the senior center will be a come-and-go warming station and not a long-term shelter, saying, “What we’re doing is setting up a warming center for folks.  This is not a full-blown shelter.  People need to bring some snacks to snack on; there are some vending machines here.  If they have to take medications, they need to bring their medications with them.  They can bring a blanket with them to stay warm.”

Hopper added, “If you’d like to volunteer, you can just contact Phyllis or I.  We need all the volunteers we can, just so we don’t put too much on one certain amount of people.  The more volunteers we have, the easier it’s going to be on everybody.  We do have volunteers for tonight and tomorrow.  Starting tomorrow, we’re going to need a few extra folks.  Just let us know when you’re available.”

On Monday afternoon, Camp Liberty’s Col. Joseph Land announced that camp staff and cadets are prepared to assist as needed.

In Hanceville, Nail echoed Little’s remarks about limited resources at the station.  Those coming to either the Cullman or Hanceville station should bring their own food and blankets, pillows, etc.

A wind chill advisory remains in effect for the area until noon on Tuesday, according to the National Weather Service in Huntsville.