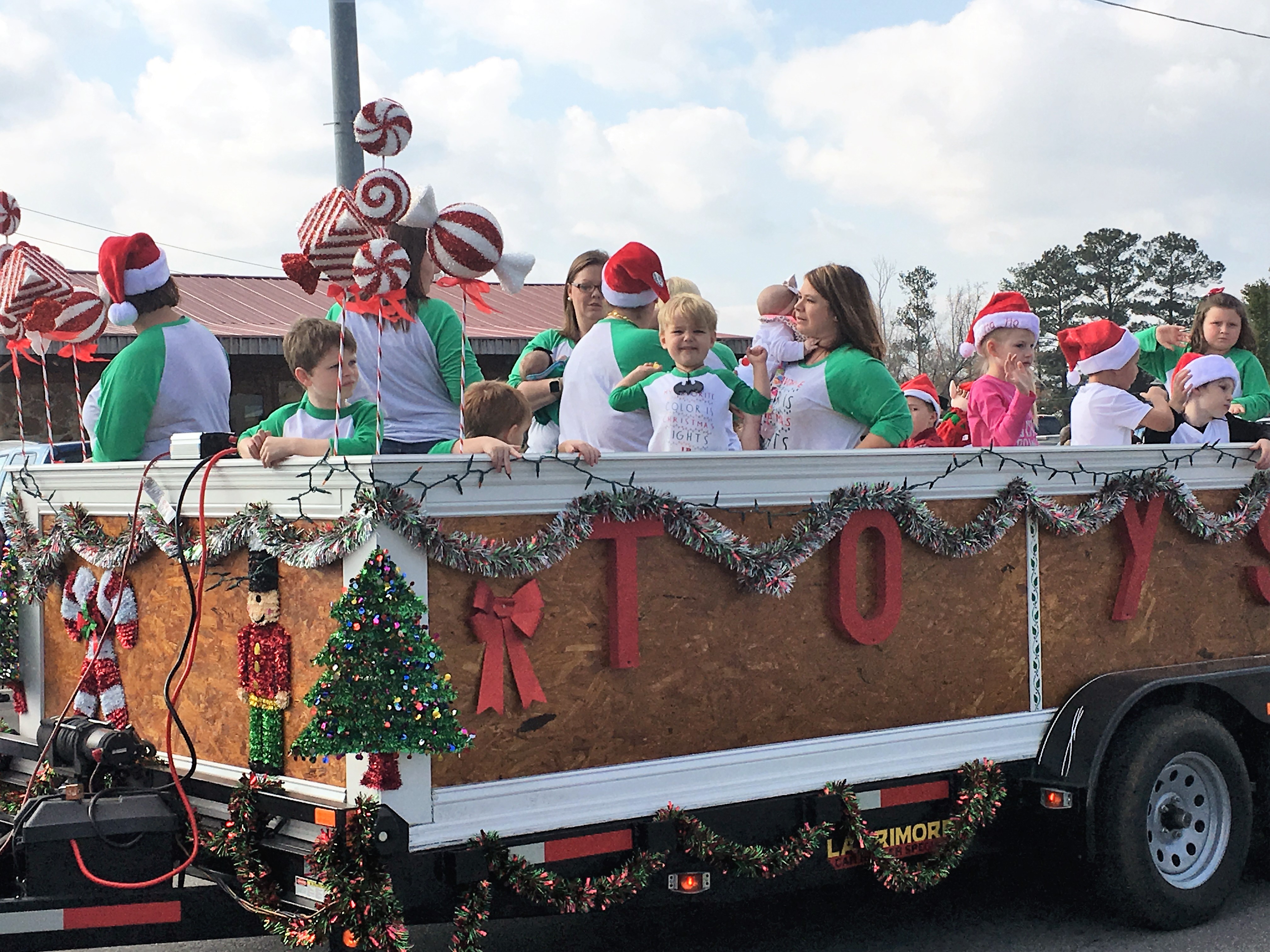 HANCEVILLE – On Saturday afternoon, the city of Hanceville all but closed down for just a little while, as the annual Cullman County Christmas Parade rolled through town.  There were more than 150 entries, including local officials and candidates, churches, businesses and civic groups, along with high school marching bands from Hanceville, Good Hope and Vinemont.

Saturday’s parade was the first to honor a specific person.  Ginger Grantham, the first president of the Hanceville Civitan Club, was the grand marshal.

Current Civitan President Ricky Cason, who oversaw the parade, spoke with The Tribune afterward about the event, which just seemed to keep growing.  Entries were accepted all the way up to starting time, and they kept coming as the parade was lining up.

Cason said, “That was a parade, was it not? That was a big ‘un. We started counting (entries); we lost count, I’m going to say, probably somewhere around 150.  It was bigger than last year, I know that.  We had a lot of new floats, a lot of folks, great county participation.  We had them from Dodge City, Colony, Good Hope, Vinemont, West Point; I think just about every little city in the county was represented well.  Three marching bands, probably 20 floats; we had a really big crowd.

“I think Miss Joann Walls would have been proud.  That parade was in her memory, and I think she’s looking down and she’d be proud of everything we did.  It went smooth, just a really nice parade.”

One vehicle reportedly ran out of gas, while a horse-drawn wagon suffered a flat tire.  Both issues were handled without delays in the parade.

Cason extended thanks to his Civitan members, saying “They all did a good job. I think we had a hundred percent participation from our Civitan Club.  This is the 28th year we’ve done this, and it seems to get bigger every year, and I believe it gets better every year.  There’s a ton of people who put in hours upon hours upon hours to make sure that this works.”

“For a town the size of Hanceville,” said Cason, “I think it was great participation, and it’s a chance for us to show off and brag a little bit.  We’re proud of our town.  We’re proud of what downtown is doing.  We had the tree lighting a couple of weeks ago, and it was a success.  The parade is a success, so I want to just give all the credit to the members of Civitan, because they really did a super, super job.”