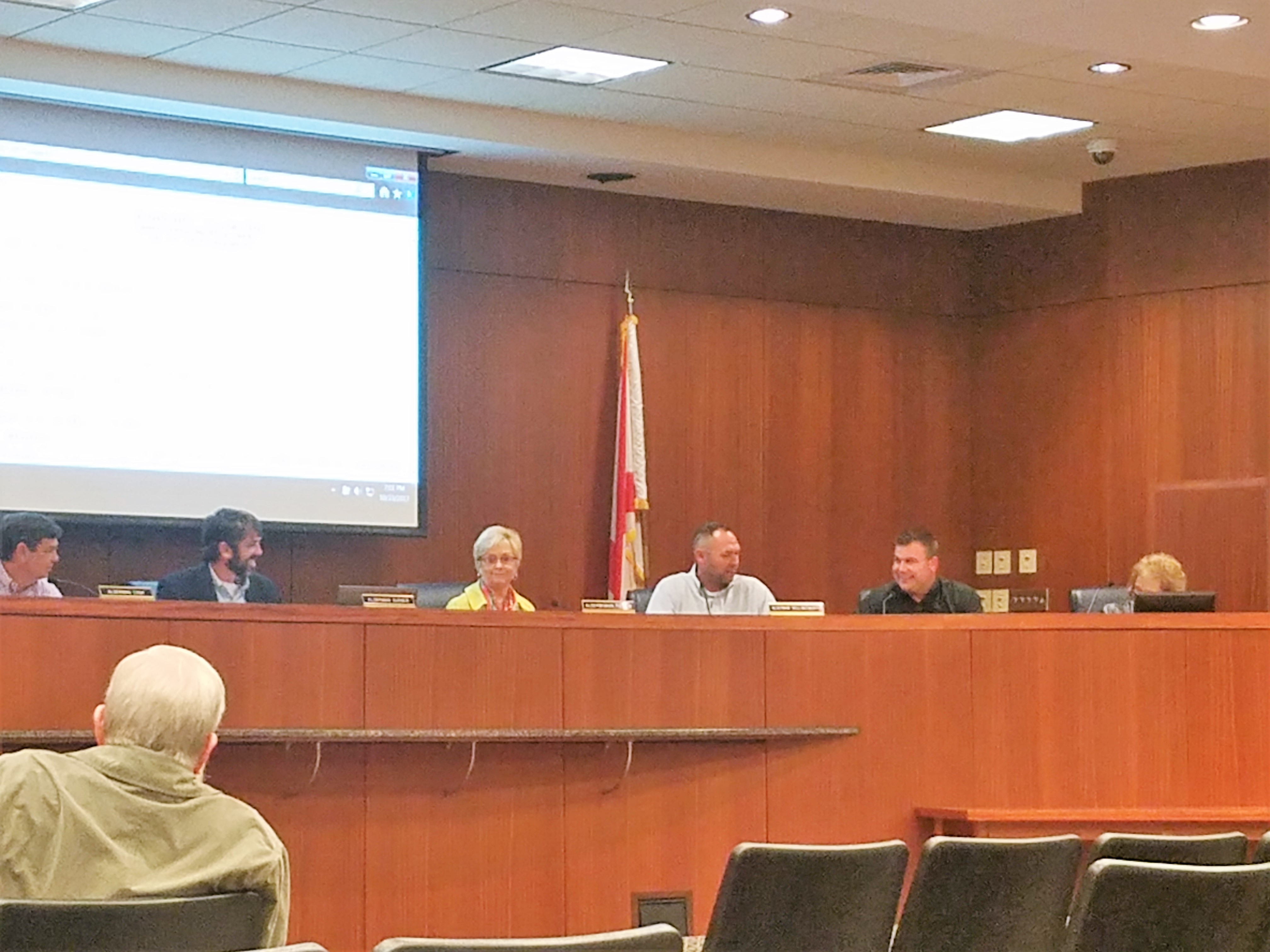 CULLMAN –  Prior to adopting Resolution No. 2018 – 09 in support of November being Alzheimer’s Disease Awareness Month in the city of Cullman, the Cullman City Council, at its regular meeting on Monday evening, welcomed Jerry Jacob from Grace Episcopal Church, who was in attendance not only to support the resolution, but also to speak about a new program that will be starting at the church in January 2018.

“I’m here also to talk about a new ministry that Grace Church is going to establish in January of the coming year,” said Jacob. “It will be a program for people with mild to moderate memory loss, and it will be patterned after a program started in Lawrenceville, Georgia.”

Jacob said the program, which made its way into Alabama more than five years ago when a Methodist church in Montgomery started it, is now in multiple churches in Mobile, Montgomery and Birmingham.

According to Jacob, the program is “four hours of stimulation for those with memory loss. It’s volunteer-driven. Activities include arts and crafts, singing, exercise and lunch and it will be a four-hour program on Tuesdays and Thursdays of each week.”

Grace Church is aiming at reaching a larger demographic than just Cullman County.

“It’s going to be open not only to Cullman County, but very possibly surrounding counties, because there’s no program like it in north Alabama,” Jacob shared.

“We are hopefully going to be able to accommodate as many folks as might want to join. All the programs in Birmingham are maxed out already and Montgomery is maxed out,” he continued. “Churches are scrambling to try and get programs set up…because this is much better for those folks than sitting at home isolated, with no socialization or contact outside of the caregiver. Plus, it offers respite for the caregiver during those four hours. They don’t have to be there.”

Jacob concluded, “UAB is so interested in this program, that they’re talking about doing a medical study on it to see if they can explain how it so positively impacts the people with memory loss. It’s that powerful.”

Council President Garlan Gudger, on behalf of the council, said, “Well, Jerry, we believe in you and we appreciate everything you’ve done in the community, and this is just something else that can bring it to the forefront, so any way we can help in that, we will.”

A second reading of Ordinance No. 2018 – 01, to participate in the 2018 Severe Weather Preparedness Tax Holiday was held and the ordinance adopted.

The council approved the following:

–A request from Edith Smith of Christmas Love and Cullman Caring for Kids for a special events permit to hold the organizations’ annual car show in Depot Park on Nov. 11, 2017 from 8 a.m. until 3 p.m.

–A request from Dennis Burse of the Cullman Downtown Merchants Association for a special events permit to hold a Veterans Day Celebration on Nov. 10-11, 2017 in the 300 block of downtown Cullman

–A request from Police Chief Kenny Culpepper to purchase five vehicles on the state bid list from Donohoo Chevrolet in the budgeted amount not to exceed $154,709. The vehicles include four Tahoes and one 4×4 truck.

–A request from Fire Chief Edward Reinhardt to purchase five heart monitors from Zoll Medical LTD, a sole source provider, in the budgeted amount not to exceed $125,000. Note: the council did ask Reinhardt to be sure to get the lowest price possible.

–A request from Reinhardt to purchase an E-One Pumper on the NJPA bid list from Sunbelt Fire in the budgeted amount not to exceed $650,000 to be, delivered in October 2018. This is part of the City’s 2018 budget and will replace Engine 15.

The Cullman City Council will meet again on Monday, Nov. 13 at 7 p.m. The public is welcome.