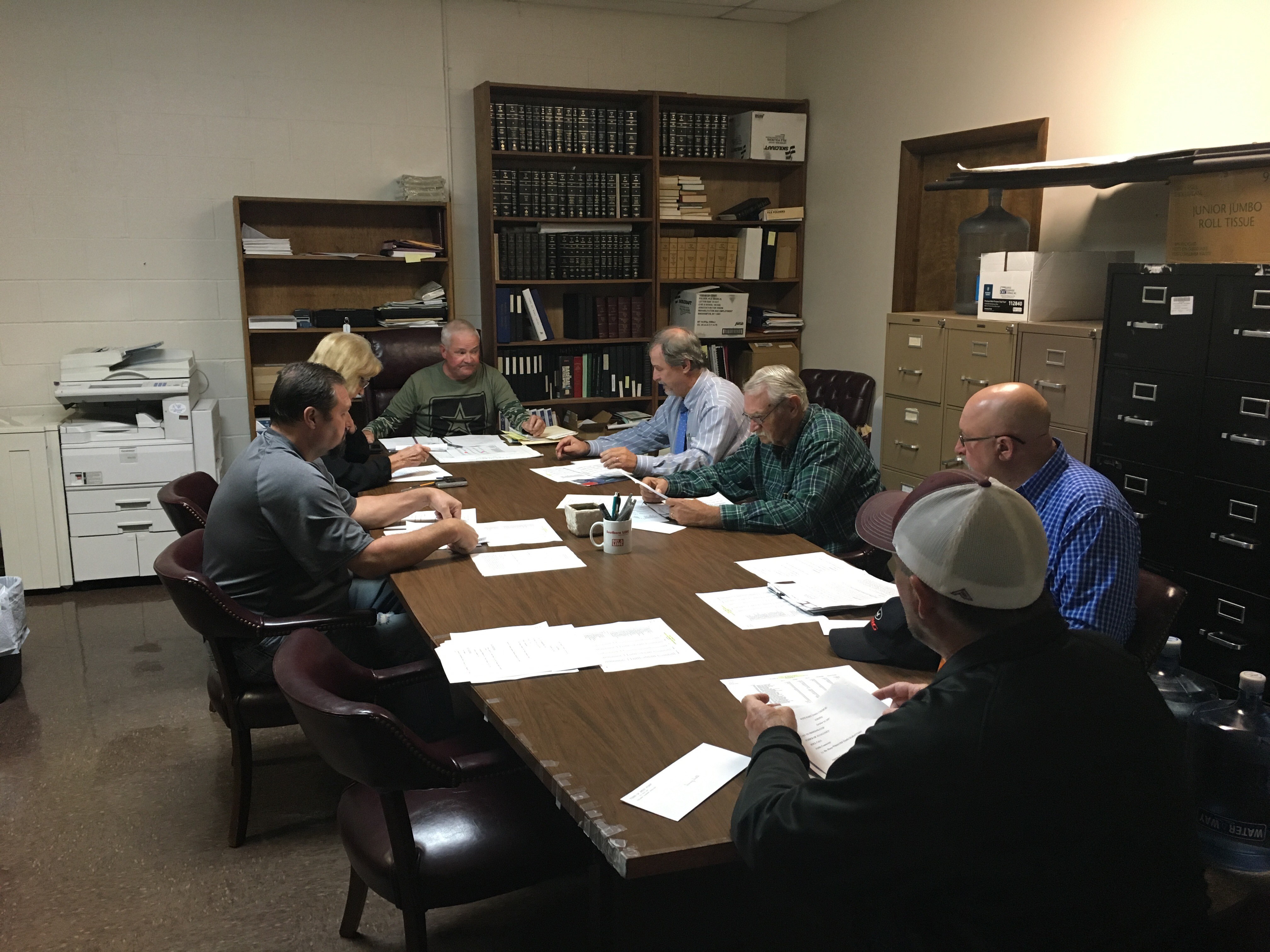 WEST POINT – West Point’s new medical clinic was on the top of the agenda at Monday night’s West Point Town Council meeting. The West Point Family Medical Practice, which is currently under construction at the intersection of County Roads 1242 and 1141, could be open in four weeks, according to the council.

Diana Wilhite, CRNP is spearheading the project and was on hand to discuss details and the status of the construction with the council. A West Point High graduate, Wilhite has been practicing for more than a decade and has spent some of that time working at UAB. She is affiliated with Decatur Morgan Hospital and believes that a practice in West Point would attract her patients to the area.

At the clinic, Wilhite will be accepting walk-ins for acute illnesses, follow-up appointments for chronic illnesses, and physical examinations for athletes. The clinic will accept all kinds of insurance plans.

Up next on the agenda was the lighting situation on County Road 1243 and in front of West Point High School. Mayor Kenneth Kilgo said he has continued to hear from people within the community who feel those areas are dangerously under-lit and are not safe for walkers and runners. The council went over some photographs of the areas and motioned to add new lights onto County Road 1243, and after meeting with Cullman Electric Cooperative, they plan on adding a new pole and light on the street running between the high school and the football stadium. Kilgo also plans to investigate the cost of replacing all the bulbs on that street with new LED bulbs.

The last thing the council touched on was the progress on the turn lane project being built on Highway 157. The council motioned to hold a public hearing on Monday, Oct. 30 at 6 p.m. to sign a community development block grant that will go toward funding the project. The council will be seeking a $120,000 grant.

After the public hearing on the 30th, the council is scheduled to meet next on Nov. 20. The public is welcome at both.