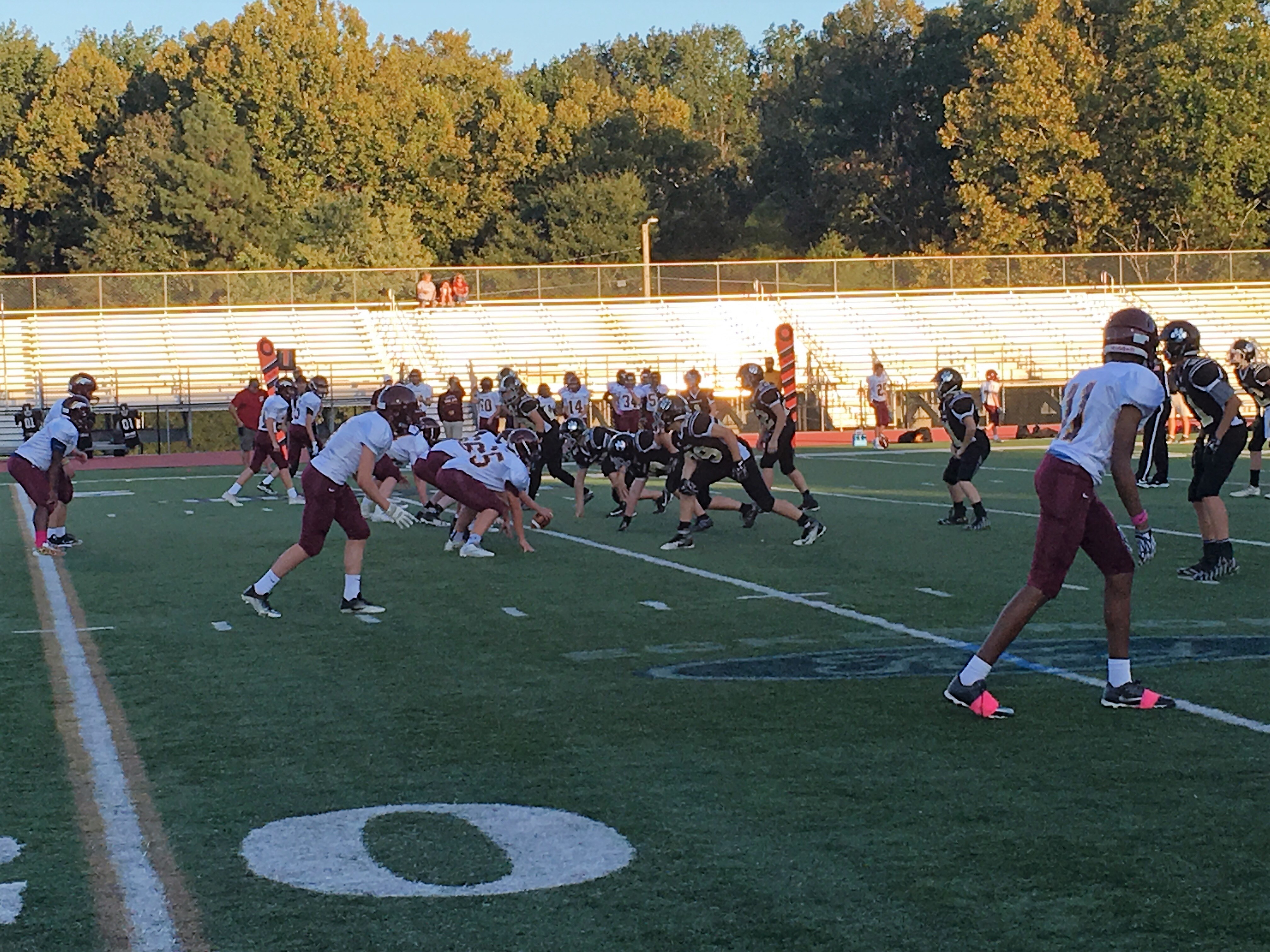 CULLMAN – Cullman Middle School hosted Madison Academy Thursday night for the final game of this year’s season and it was a dominant night for the Bearcats. The game appears on the eighth-grade teams’ schedule, but Cullman played with a mixture of seventh and eighth graders. The mix of players put together a 64-38 win to wrap up an undefeated season for both the seventh- and eighth-grade teams.

The eighth graders got things started by scoring on their first play on offense with a double pass play. Quarterback Hayden Stancil bounced the ball off the turf to Will Bradberry who threw a pass deep downfield to wide receiver Jamar Kay for a 39-yard touchdown.

Madison Academy fumbled on its next possession and gave the ball back to the Bearcats. Cullman forced five turnovers in the first half. The ‘Cats took advantage with a 15-yard touchdown run from Jake Dueland just a couple plays later.

Thanks to interceptions from Noah Kee and Hunter Brooks, Cullman ended the first quarter with a 30-0 lead.

A younger lineup for the Bearcats entered the game at the start of the second quarter and after forcing a fumble, quarterback J.T. Blackwood extended the lead with a 44-yard touchdown pass to Garrett Hall.

The ‘Cats really displayed their control of the game when they scooped up a fumble on the ensuing kickoff and ran it in for another score to take a 42-0 lead into the half. Some of the starting eighth graders didn’t re-enter the game. Quarterback Hayden Stancil finished off his night 6-of-8 passing with 84 yards and a touchdown, and running back Drew Conway finished with 43 yards rushing and two touchdowns.

Madison Academy scored points on offense and special teams in the second half but could not keep Cullman out of the end zone and wasn’t able to get back within three scores at any point in the game.

Head Coach Gerald Turner wraps up his ninth season as head coach at Cullman Middle School with perfect records for his seventh and eighth grade units. Coach Turner gave a lot of reasons for why this team has had so much success this year.

“This is a really special group; we’ve really been blessed here these past several years,” Turner said. “I’ve got a whole lot of help with me. I’ve got a lot of really great coaches and a special group of kids that really play hard.”