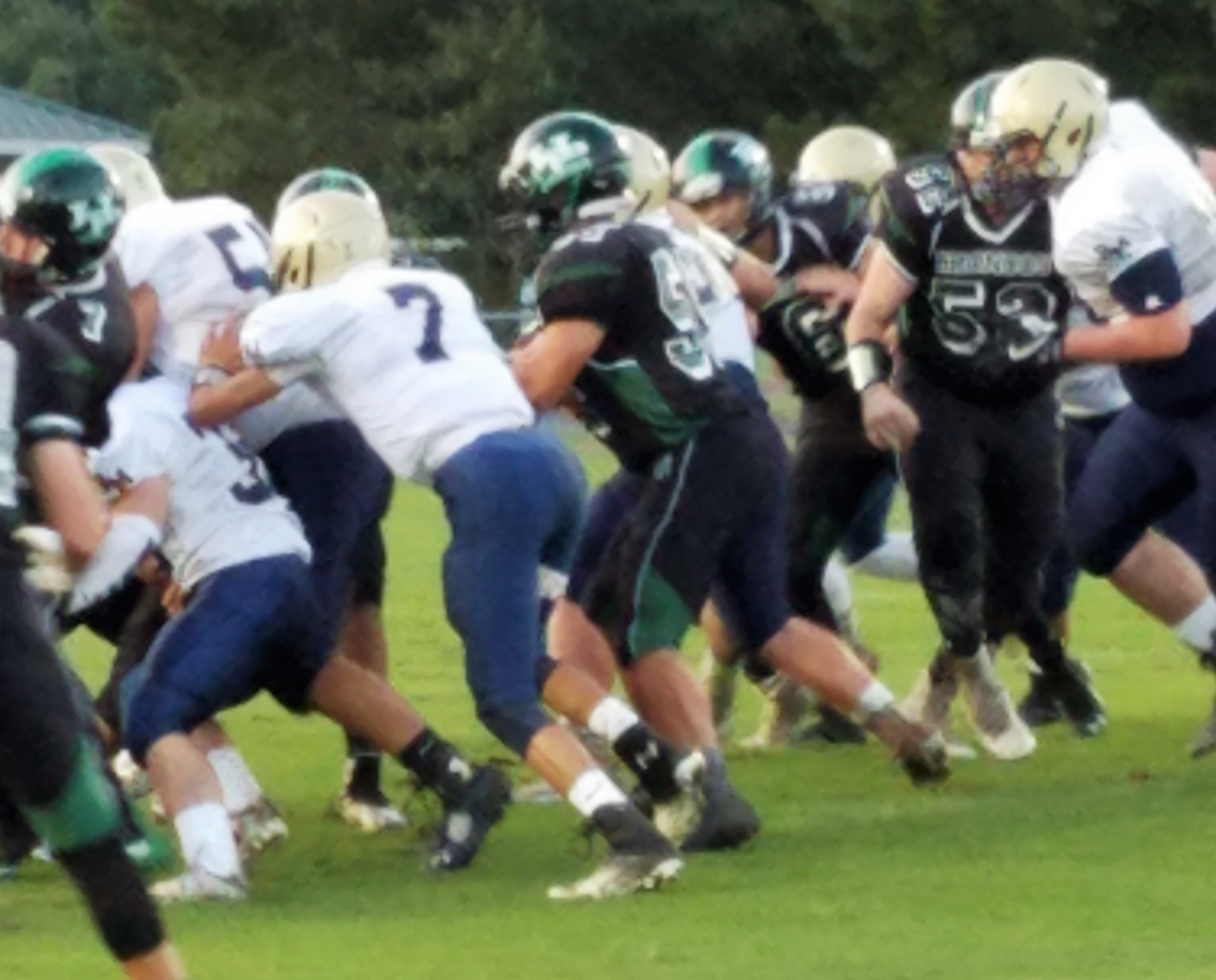 The Lions went three downs and punted on fourth down, with Holly Pond taking over on its own 47-yard line, putting together a drive that resulted in Kyler Chaney running it in from 29 yards for the first score of the night. The 2-point conversion was no good, and the score was 6-0.

Next up, Brindlee Mountain's Keith Bates returned the kick 58 yards for a touchdown. The Lions’ 2-point try was also no good, tying the score 6-6.

Brindlee Mountain struggled on offense. After a bad punt by the Broncos, the Lions had great field position, but couldn't gain a first down. The Broncos then drove the ball 70 yards down the field with Jerimiah Holmes finishing the drive off on a 22-yard touchdown. With another failed two-point conversion, the Broncos were up 12-6.

The Lions managed to put together a drive, but ended up turning the ball over on downs to the Broncos, who ran out the clock to finish the half.

Holly Pond got the ball to start the second half, with Holmes going a whopping 74 yards for a touchdown. Finally, a successful 2-point conversion, and the score was 20- 6.

Holmes caught a 55-yard pass from Chaney to score another TD, upping the score to 26-6.

Later in the third, Brindlee Mountain scored on a Jordan Leak 5-yard run, making the score 26-12.

Holly Pond answered with a 55-yard drive, with Dustin Stancill rushing in for 39 yards and it was 34-12.

Holly Pond’s defense held the line for a few drives before the Lions scored on a 48-yard pass from Leak to Keith Barnes.

With the ball back, the Broncos ran out the clock to end the game. Final score: Holly Pond 34, Brindlee Mountain 18.

Holly Pond coach Mike Bates said that the offensive line was what made the difference in the game, but the defense did a great job holding Brindlee Mountain to only 18 points.

Next week Holly Pond will travel to JB Pennington to start area play.