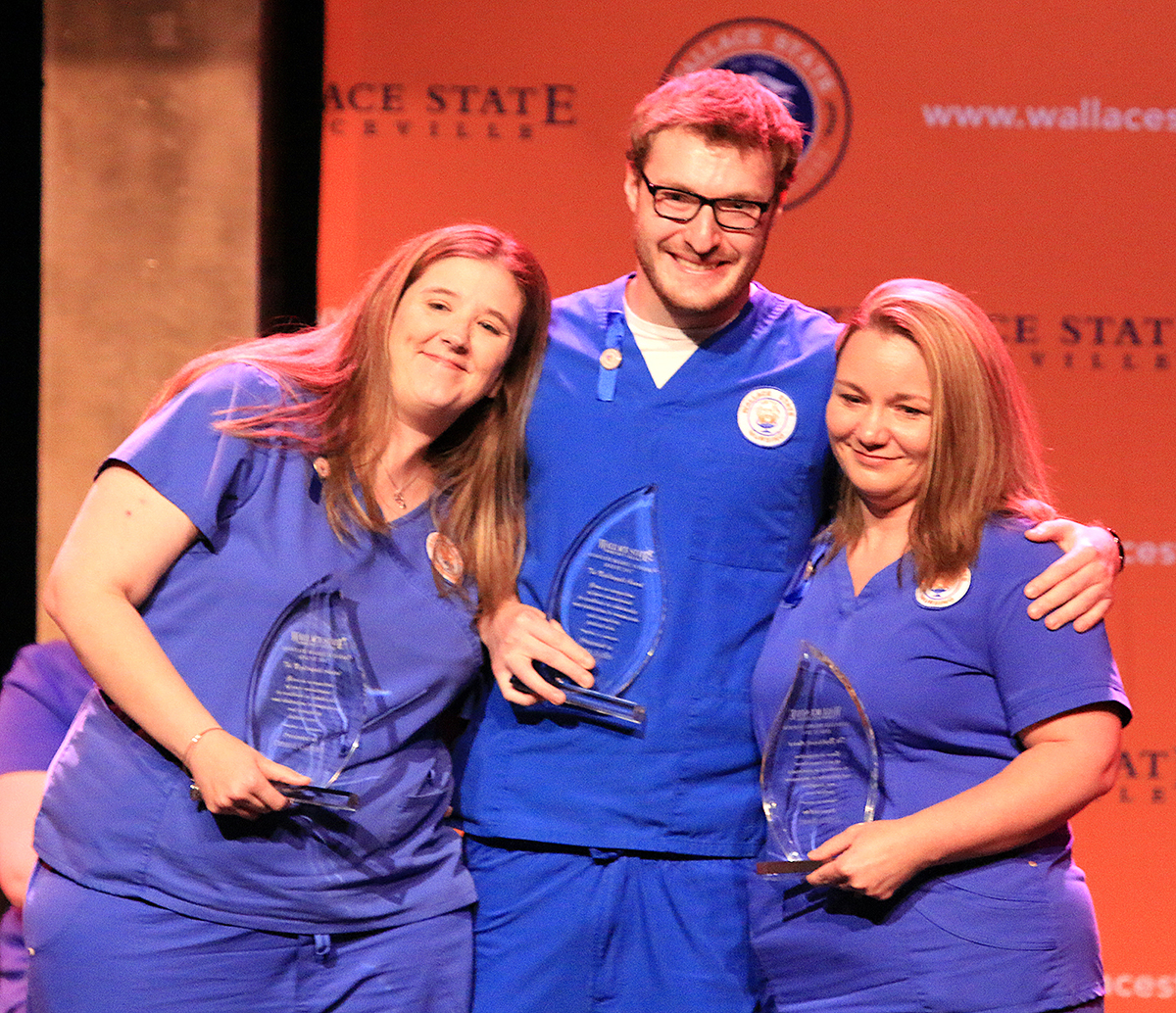 In her speech to the students and family and friends gathered for the pinning ceremony, Health Science Dean Lisa German compared the students to fledgling birds who were growing and preparing to leave the nest.

“Those parents nurtured them to the point where they were really almost too big for the nest,” she said. “And that’s where you are today, you’re literally too big for our nest, and as loving parents we’re about to push you out of the nest.

“You have what you need to succeed,” German added. “You have grown, you have matured, you are professionally where you need to be. Our job is to prepare you for that moment and stand back and watch you soar.”

Emily Couch of Arab, president of the ADN class, told the audience the thought running through her mind when she sat through nursing orientation less than two years ago was that she did not want to be a nurse after all. Her background was in drama, having earned a bachelor’s degree in theatre from the University of Alabama. As she began nursing school, she decided to don the mask of a nursing student, finding it easy to take the mask off at the end of each day. As she continued through the program, bonding with her fellow students and forming a family unit among them, she said it was harder to take off the mask. By the end, Couch said the mask was stuck in place and she realized that being a nurse is what she wanted to be.

“Nurse is not just a role that we play,” she said. “It’s a passion, a calling, a drive. It was in the darkest moment that I realized this. Nurse is not a mask that I was wearing, nurse is who I truly am, who we truly are.”

During the ceremony, students who served as class officer, were members of the Association of Nursing Student, and those were recognized as Who’s Who Among Students in Universities and Colleges were recognized.

Also recognized were the students nominated as Nightingale Award nominees, which included Crystal Calvert, Cerri Harbison and Alexandra Pettus, all of Cullman; Justin Jacobs of Falkville; Angela Moody of Oneonta; Kelly Mortenson of Decatur; and Elizabeth Puckett of Hartselle. Calvert, Jacobs and Moody were recognized as the three Nightingale Award winners, as selected by nursing faculty for their commitment to excellence in scholarship and dedication to compassion and exemplary patient care.

Calvert was described as having a positive attitude and being very respectful to staff and patients, as eager to learn and participate and help other students. Nursing is not her first degree at Wallace State. “From a Criminal Justice degree in 2002 to a Paralegal degree in 2011, she has brought a wide range of experience to nursing,” said Deborah “Pepper” Hoover, director of the Department of Nursing Education.

Although Jacobs was described as very quiet and reserved, he was also ready to volunteer and assist whenever called upon by faculty. “Clinical faculty have documented that he is very attentive and highly motivated to use his skills,” Hoover said. “He demonstrates excellent use of the nursing process.”

Moody started in nursing at Wallace State in the fall of 2004, but had to abandon her dream of nursing in 2005 for personal reasons. “Thankfully, she returned to Wallace State in the Nursing program in 2016 and maintained a 3.8 GPA, while leading the class as vice president and encouraging all the students around her,” Hoover said. Clinical faculty describe her as having a “having a fantastic bedside attitude, impressive skill knowledge, self-directed learner, excellent student, serious and realizing the gravity of practicing as an RN.”