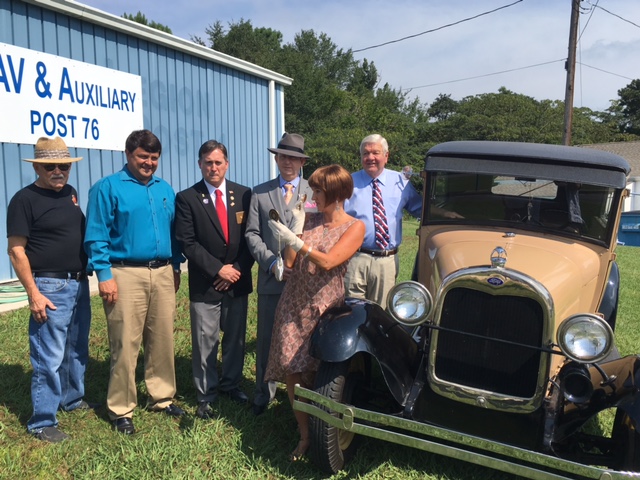 CULLMAN – On Friday morning the Cullman VFW and Elks Lodge, in partnership with Eckenrod Ford, Wallace State and the City of Cullman, announced their plans for this year’s Veterans Day celebration at Cullman Regional Airport.  In previous years, the event has been split between the airport and Veterans’ Park at Sportsman Lake, but planners decided to consolidate their resources into a single event this time.

The theme of this year’s celebration is “Good Morning Vietnam,” a commemoration highlighting the service of area Vietnam veterans.  The event will take place Saturday, Nov. 4, from 9 a.m.-5 p.m.

“This is the week before the Veterans Day,” explained Event Coordinator Max Townson, “and we chose this to honor our country’s veterans early this year, so as to allow them to travel to either Huntsville or Birmingham for parades on the official holiday.

“There will be no celebration this year at Sportsman Lake Park.  We will have the entire event at the Cullman Regional Airport, so as to accommodate a larger crowd.  While we will honor all of our veterans, this year we will focus primarily on our veterans from Vietnam, and the music will be featured, and the displays and equipment of that era.”

Attractions at the airport will include:

Aside from the Vietnam War exhibits, Eckenrod Ford and the City of Cullman will host a 1928 Ford Tri-Motor, history’s first mass-produced commercial airliner.  The aircraft will be on display, and the Experimental Aircraft Association will be taking visitors on paid flights from 9 a.m.-5 p.m. Friday through Sunday, Nov. 3-5.  Advance tickets are $70, with walk-up tickets available for $75.

In conjunction with the Ford Motor Company aircraft, the event will also feature:

Wallace State History instructor Leigh Ann Courington added, “Since the Ford Tri-Motor plane flew from 1927 to 1933, as (Townson) mentioned, our area–the passenger lounge–will be showing the film, and we will also represent the late 1920s to early 1930s time period.

“Interspersed with the video of the Ford plane, we will show some actual movies from the late 1920s, actors such as Charlie Chaplin and Rudolph Valentino.  And since, of course, most of the movies from that period were silent–1927 was the first movie with sound, but still most movies were silent–we’ll have 20’s music playing in the background.”

Cullman’s Veterans Day celebration is sponsored by the Cullman Elks Lodge 1609, who took over from the VFW in 2015.

Lodge representative Patrick James said, “We are extremely honored to be able to help recognize the local veterans of our community, and are looking forward to a great day at the Cullman Airport.”

For more information, or to pre-book a flight, visit https://www.cullmanveteransday.com/celebration-2017.