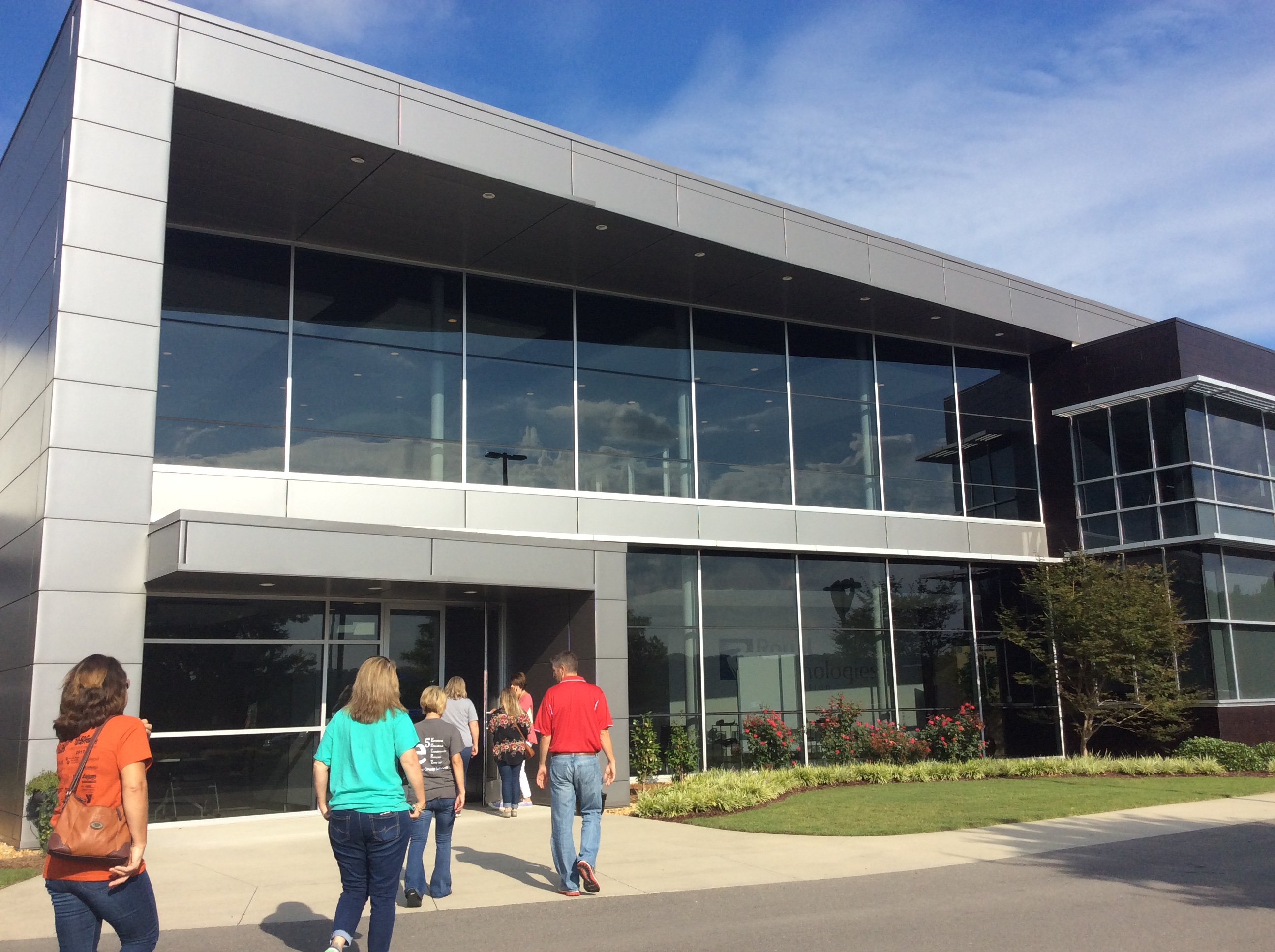 CULLMAN – A teacher's job is to help kids learn. As students get older, much of their education is geared toward preparing them for college. However, college is just one option. Teachers also work to prepare students to enter the skilled workforce directly. Each graduating class has the potential to bring new workers to Cullman industries; Cullman Area Workforce Solutions (CAWS), a partnership between Cullman area industries, business leaders, community leaders, educators and other individuals dedicated to improving the workforce in Cullman, believes that teachers who invest so much time with these students are great recruiters for local industries.

Thursday morning, more than 300 educators from all over the county – middle and high school teachers from every subject – were broken into groups, and each group toured two of 17 industries who agreed to be part of the 2017 Educators in Industry Tour:

This was not the first tour of its kind. Susan Eller, project coordinator for the Cullman Economic Development Agency, shared that an industry tour took place in 2015, but this year gave the teachers a chance to see something they may not have seen the last time.

The Tribune hopped on the bus with the group that toured Royal Technologies and Cullman Regional.

Royal Technologies was started in Grand Rapids, Michigan, and this year will mark its 30th anniversary. It specializes in injection molding for plastic forms as well as urethane foam cushions, serving both the automotive and furniture industries. There are five plants in three states (one in Alabama, one in Texas and three in Michigan), and the Cullman plant has been here since 2010. The campus spans 216,000 square feet, holds 39 presses ranging between 85-750 tons, and works with many familiar automotive brands (BMW, Ford, Honda, Toyota, Hyundai, Kia, GM and Daimler).

On the factory floor, the tour guides pointed out the different stations for injection molding, foam work and parts assembly. The workers on the foam station took pride in producing both furniture foam and memory foam on the same line, which is incredibly rare, and also mentioned that the rejected foam pieces are ground up and recycled into carpet pads. The guides around the injection molding and assembly stations showed the different robots and their jobs, and the precision technology used to match the colors on automotive parts. Near the door to the main entrance, the workers had set up a school supply drive to help students.

Royal Technologies is employee-owned, taking part in the Employee Stock Ownership Plan. Workers receive quarterly bonuses equivalent to two weeks' salary or higher, and workers who want to go back to school can receive tuition reimbursement from the company. Other benefits include healthcare and a 401k. The company requires a high school diploma or GED for employment, though higher job positions may require at least a two-year degree. Overall, employers at Royal say they look for character over qualifications, because they believe that anyone can be trained for a job but you can't train someone to have good character.

Cullman Regional has been treating patients for 78 years, 22 of those years at its current location. The hospital was first built with $3,000 from the county and employed six nurses. Today, it is staffed by approximately 1,000 employees and more than 200 medical staff, and it generates an annual revenue of $100 million. The hospital is nonprofit (meaning it makes money to invest in new medical technology or patient care rather than making money to pay out to investors at the end of the year), but until 2014 it was operating in a negative margin.

With James Clements as the new CEO starting in 2013, Cullman Regional now generates enough revenue to build a fifth floor (adding 30 more beds) and has seen a volume growth of 23 percent. Some services and amenities at the hospital include a free valet service for both patients and visitors, a pool for aquatic therapy, the Wound Healing Center with pure oxygen therapy for non-healing wounds, and several updates to patient rooms.

The hospital aimed to make the rooms more hotel-like to help patients feel more at ease, so many updated rooms include amenities such as couches, closets, hair dryers, recliners and wooden meal trays rather than stark metal. Maternity rooms also include more sitting space and a cupboard that opens to reveal a crib and medical station, so the nurses can take a baby's vitals without having to take the newborn out of the room.

Cullman Regional offers its workers benefits like health insurance with family coverage and low deductibles, a pharmacy just for employees, an employee-only gym and tuition reimbursement. Workers who are contracted through an outside company have the same access as hospital employees. The administrative jobs require at least a high school diploma or GED, but many of the medical positions require either certification or an associate degree at the very least.

The Educators in Industry Tour was made possible by Daystar Church (host location), the Cullman Area Technology Academy (provided tour buses), Chick-fil-a (catering) and the following volunteers and sponsors.

5. Cullman County Board of Education – Shane Barnette and T.J. Franey

– City of Cullman Industrial Development Board