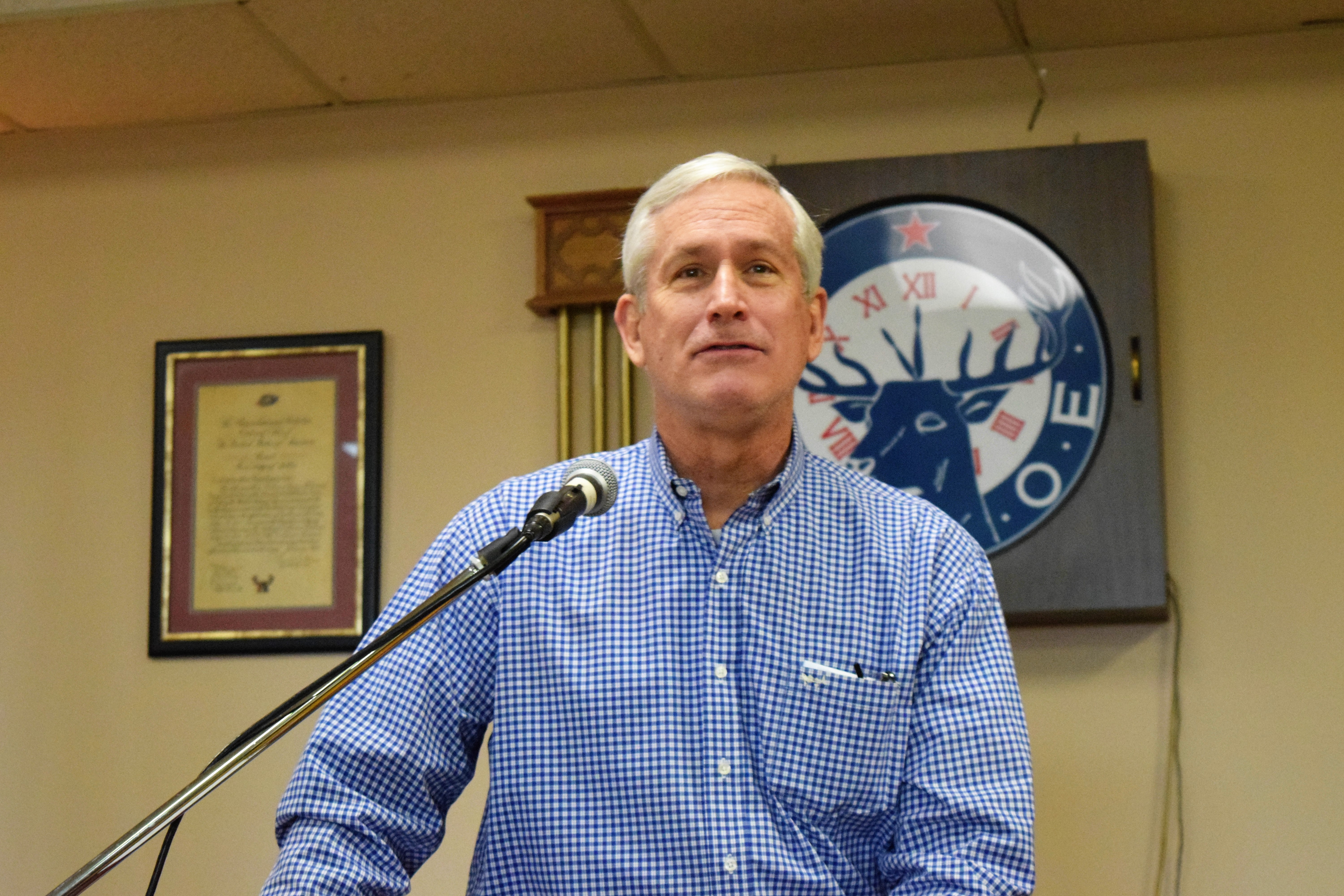 CULLMAN – Mental health care has been an issue in desperate need of attention for some time in Alabama.  Funding has been declining, bed space has been decreasing; the only things on the rise seem to be the number of crimes committed by mentally ill perpetrators, and the number of suicides.  Last year, Cullman County saw 15 people take their own lives; with almost half the year still to go, 2017’s total already stands at 20.

Maybe something’s about to change.

After a lot of talk and a frustratingly small amount of action, Alabama’s officials have mental health care on their radar.  A recent federal court ruling mandated improvements in mental health care in Alabama’s prison system, and the new commissioner of the Alabama Department of Mental Health personally visited Cullman last week, at the request of Rep. Randall Shedd, R-Fairview, to hear from local officials who have to deal with the issue every day.

At the Cullman County Republican Party candidate dinner Friday evening, The Tribune caught up with Alabama Sen. Paul Bussman, R-Cullman to ask about what folks might expect to see in the next legislative session.

With the recent federal court mandate to upgrade mental health services in the state prison system, is there talk of upcoming legislation?

“Not with us being out of session right now.  That won’t come till January, but I’m sure there’s going to have to be some.

“(Prisons are) a symptom of the problem, and the problem’s much bigger than just what’s in the prisons.  We’ve got that out in the general population right now.  We’ve got so many people that need mental health (care), that are not getting it; and when they don’t get it, then bad things happen which puts them in jail, or puts the sheriff (Cullman County Sheriff Matt Gentry) in a position where he’s got to deal with them, or the chief’s (Cullman Police Chief Kenny Culpepper) got to deal with them.

“At some point, that has got to move to a priority, and that’s one of the things that I’m looking to try to do this year, is to move mental health up in the priorities.  I know we’ve got a lot of needs in the state, but that tends to have a lot of collateral damage that goes along with it.”

How do you move something up in priority?

“Usually it’s a funding issue, simply by rearranging funding to put more resources into mental health.  That’s generally the way you fix things.  So I think that’s what’s going to happen, but you’ve got to do it in a way that you’re not just throwing money at the problem; you’re fixing the problem.

“So I’m looking forward to the new mental health director (Lynn Beshear) coming up with some ideas that we can look at.  I think we’ve got to do more local mental health, and that’s going to take community involvement.  There’s just a lot of issues that come with it; but that, I think, is one of the biggest issues.”

The state of education in Alabama

After addressing the mental health care issue, Bussman took a moment to speak about matters at the Alabama State Department of Education that have him and other officials frustrated and annoyed.

Bussman stated, “We’ve got a tremendous problem right now in education.  I mean, our state department of education is just in disarray right now, and it’s very discouraging to watch them continue to fight and fight and fight, and Mr. (Michael) Sentance has always challenged, and the things that went on with the (Dr. Craig) Pouncey investigation, and those kinds of things, that should not occur.”

(Michael Sentance is the current state superintendent of education.  Dr. Craig Pouncey was a candidate for that post until his bid was derailed in part by an anonymous accusation of unethical conduct in the research and writing of his dissertation.  An investigator appointed by Sentance reported that the anonymous accusation and its role in the superintendent selection process were the products of a conspiracy between the interim superintendent, a board member, and three department of education attorneys.  All five deny the allegations.)

“All that does,” continued Bussman, “is distract the state board from what they’re supposed to be doing, (which) is trying to improve education in the state of Alabama.  And so we’re going to be looking at that issue very closely.  I may look at moving some state education dollars to local dollars, to get their attention.  If they can’t get their act together, then I think we need to start moving money away from them, because they’re just blowing it, and moving it down to the local school boards, and let them fix the problems in their individual areas.  You know and I know that Cullman schools are different than Baldwin County schools, and Baldwin County schools are different than Green County schools.  And we’re all different than urban schools.  So if you move money to local areas where they can fix the problems that specifically affect them, that’s where I think we need to start going.  So I’m going to start trying to move money from the state department (of education) down into the local areas, and help resolve some of those issues.”

See our story on Beshear’s recent visit to Cullman: www.cullmantribune.com/articles/2017/07/29/spotlight-mental-health-new-al-mental-health-commissioner-visits-cullman.