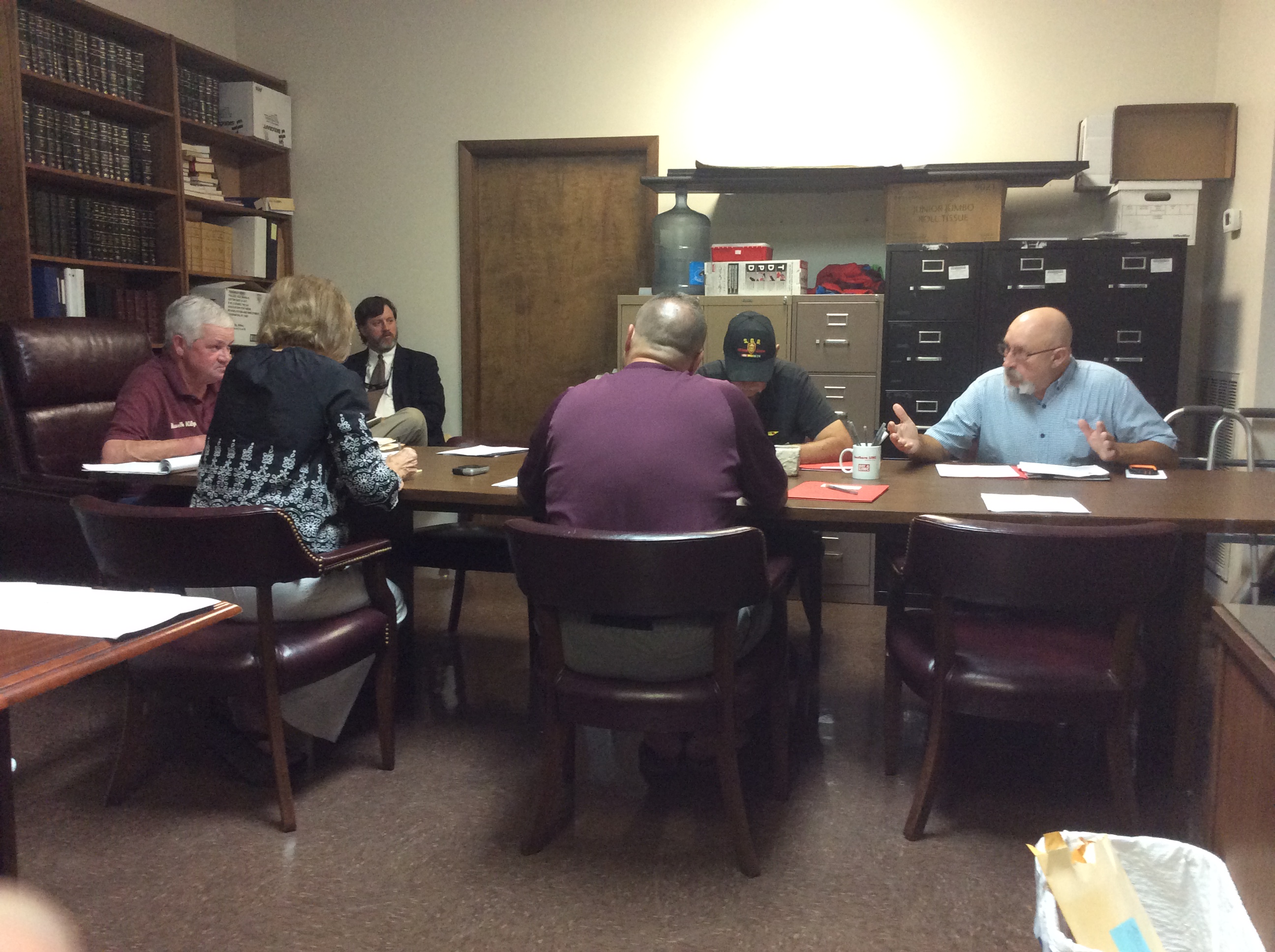 WEST POINT – West Point Mayor Kenneth Kilgo was happy to announce at this week’s town council meeting that the community open house for the long-awaited new West Point Volunteer Fire Department station and Community Storm Shelter No. 2 will be Saturday, July 15, at the new fire station on Highway 157. The event, kicking off with an official ribbon cutting, will be from 10:30 a.m. – 2 p.m. with a display of fire trucks for the younger kids and a free barbecue lunch for everyone.

The council also welcomed Jolanda Hutson, executive director of the Good Samaritan Health Clinic. She talked about the services the clinic offers to low-income and uninsured patients, including treatment for both acute and chronic illnesses, limited dental work, and vision work. The clinic also offers health screenings for the community at public events and celebrations and has an upcoming screening in August in Colony.

After telling the council about the clinic’s services, Hutson talked finances. She stated that it's more cost-effective for the community to treat people's afflictions at earlier stages for a lower cost than for them to go to the emergency room and have the costs written off as charity because the patients can't pay. Hutson shared that the clinic is financed mostly through donations and said that any support from the community and the different municipalities would be a tremendous help.

The first order of old business addressed was a discussion of proposed sewer updates for the new subdivision on County Road 1141. While there was a lot of conversation about it, there were no final decisions made. While still on the subject, Kilgo mentioned that he had already had several people express interest in living in the new subdivision, so the area's outlook is optimistic.

Other old business regarded the turn lane project on Highway 157. The project is on its way to getting started, so the meeting's discussion mainly focused on liability assurances for all parties involved and working on the financing agreement with ALDOT. The council also discussed a potential medical clinic that might set up shop in West Point, but Kilgo said he is waiting on responses on a few logistical issues.

For the committee reports, Councilman Frankie Jones (Roads Committee) reported that some repairs were needed on County Road 1127 and that the council might need to talk to Good Hope in order to get the repairs started.

The Parks & Rec Committee report from Darion Daniel simply said that the netting around the ballpark needs replacing and that the canopies they wanted to get over the bleachers would need to be installed before the season starts. There was some discussion about whether or not the projects could be done all at one time or if it would be better to do them separately, but the consensus was that it would be best to start working next month. Overall, the council was very pleased with the way its investments in the park have paid off.