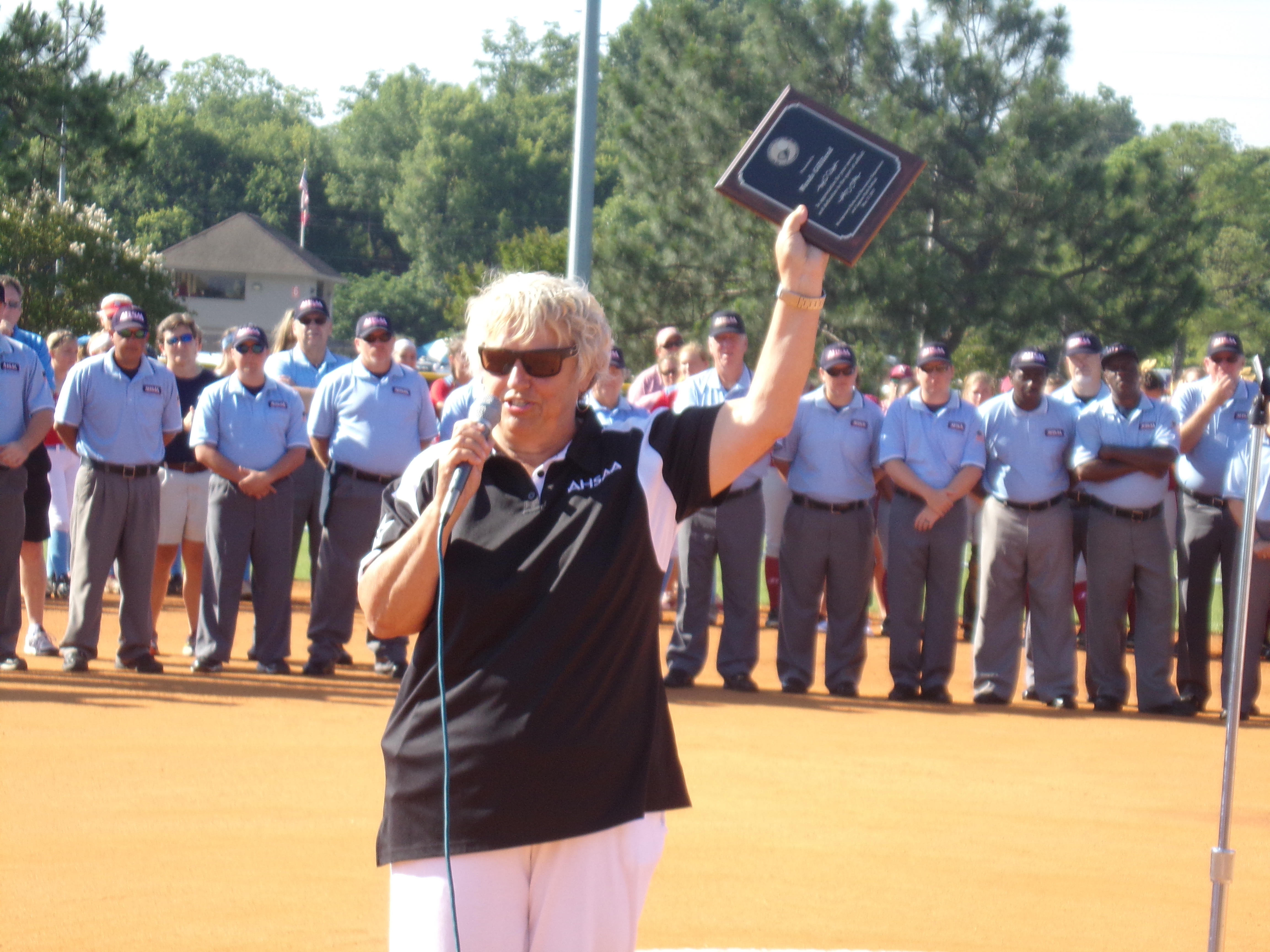 AHSAA Assistant Director Wanda Gilliland at the opening ceremony of the AHSAA state softball tournament at Lagoon Park in Montgomery May 17./Image from AHSAA.

MONTGOMERY – After more than 20 years working in the office of the Alabama High School Athletic Association (AHSAA), Wanda Gilliland is saying goodbye tomorrow.

Her last day with the AHSAA is June 1. Gilliland is planning to move to north Alabama and spend time with family in the Addison community of Winston County.

Gilliland has served as an assistant director of the AHSAA, the first woman ever to hold the title, since 1996, following a 16-year coaching career at Hamilton High School in which the girls' basketball team produced 301 wins under her tenure and a state championship in 1990.

Basketball has been very close to her heart, with one event in particular. Gilliland has been in charge of the Northwest Regional Tournament at Wallace State Community College for 21 years.

Once the staff at Wallace became aware of her pending retirement, President Dr. Vicki Karolewics and the staff presented Gilliland with a plaque in appreciation for her many years of work, with the regional being a very popular event in the AHSAA.

Gilliland treated the regional like a family reunion, taking a week from Montgomery to return to the north area of the state, see great basketball and share a conversation or two with many people.

The final championship event under Gilliland's watchful eyes was the AHSAA softball tournament at Montgomery's Lagoon Park May 17-20. In the opening ceremonies, all teams waiting to play their first game at 9 a.m. on the 17th gathered on the infield of Field 1 at the park.

Gilliland again received a plaque, this one coming from the staff of Lagoon Park, for being a vital part of the growth of softball through the years. The Cullman Lady Bearcats were there to see it and to experience what it's like for someone who puts out so much for the younger generation, to be shown great appreciation.

The Tribune was on hand to witness the ceremony and see Gilliland go through coaching meetings with each participant in each classification before they took part in their first game of the tournament.

The AHSAA has selected Denise Ainsowrth to replace Gilliland as executive director. Ainsworth is currently on staff, as director of special programs.

Living in nearby Winston County, there will be no doubt the Northwest Regional will get a visit from Gilliland for a day or two in February 2018.