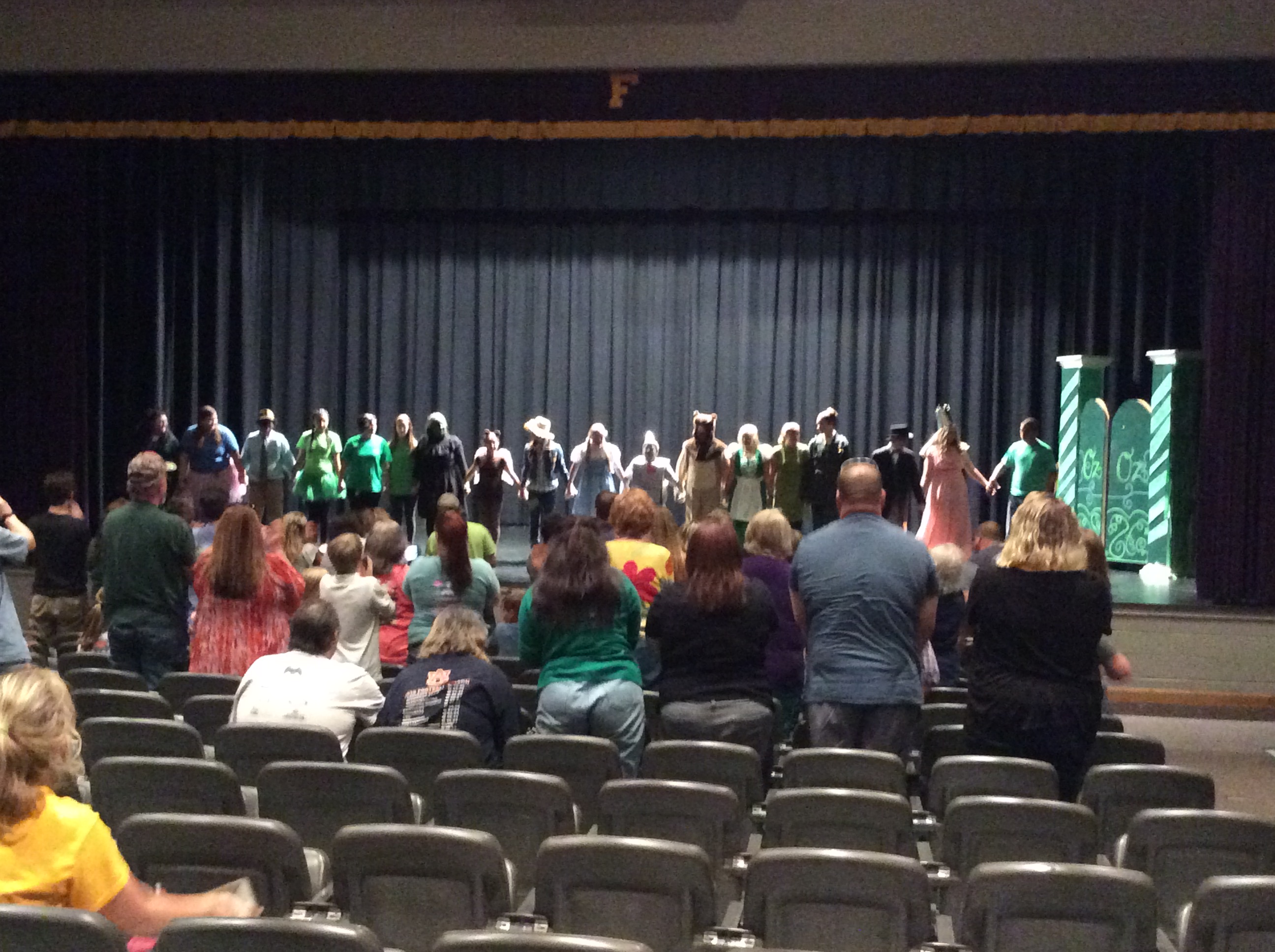 FAIRVIEW – Like many school-sponsored clubs and organizations this time of year, Fairview High School's Theatre Works is drawing the curtains on its performances until school starts back. The group’s latest was meant to be an incredible double-performance of “The Wizard of Oz” by the middle school and “Jerry Finnegan's Sister” by the high school; however, unfortunate circumstances prevented the latter from being performed. Still, the younger actors gave the audience an adorably humorous rendition of the classic tale about a girl from Kansas.

Like many play adaptations, there were some deviations from the original story. Characters were added, scenes were cut short and dialog was changed, though change is not necessarily a bad thing. These changes put some silly modern twists on classic scenes, like Dorothy and her friends needing to wear ridiculously big sunglasses to avoid being blinded by the Emerald City's brightness or the Wizard giving the Cowardly Lion a bottle of soda for courage. Ultimately, even through the differences, the story remained the same timeless classic many people know and love: the story of a girl from Kansas, her dog, a scarecrow, a man made of tin, a cowardly lion and a journey home.

The cast for the middle school production:

Along with the cast on stage, the play could not function without its behind-the-scenes workers: Devin Burkes, Aaron Moylan and Kayley Hall as stagehands; Ally Grund as director and sound/light editor; and Kelly Lewis as assistant director and substitute for Kayley Hall, who was out sick.

After the performance, FTW director Mark Dobbs disclosed that two of the group's members, Aaron Moylan and Ally Grund, will be going to Montgomery to participate in the Alabama Shakespeare Festival's production of “The Two Gentlemen of Verona.” Grund will work as a stage manager while Moylan will play the part of Valentine. The original casting call had around 150 candidates come for initial auditions, with only 40 (eight of whom were from Fairview) for second auditions. Ultimately, Grund and Moylan became part of the 20-person group chosen to perform at the festival in early June.

Despite being so close to the end of the school year, FTW isn't completely finished yet. At 6 p.m. on Monday, May 15, Fairview's senior class will put on one last performance at their awards night entitled “The Last Day of School.” There will be no charge for admission.