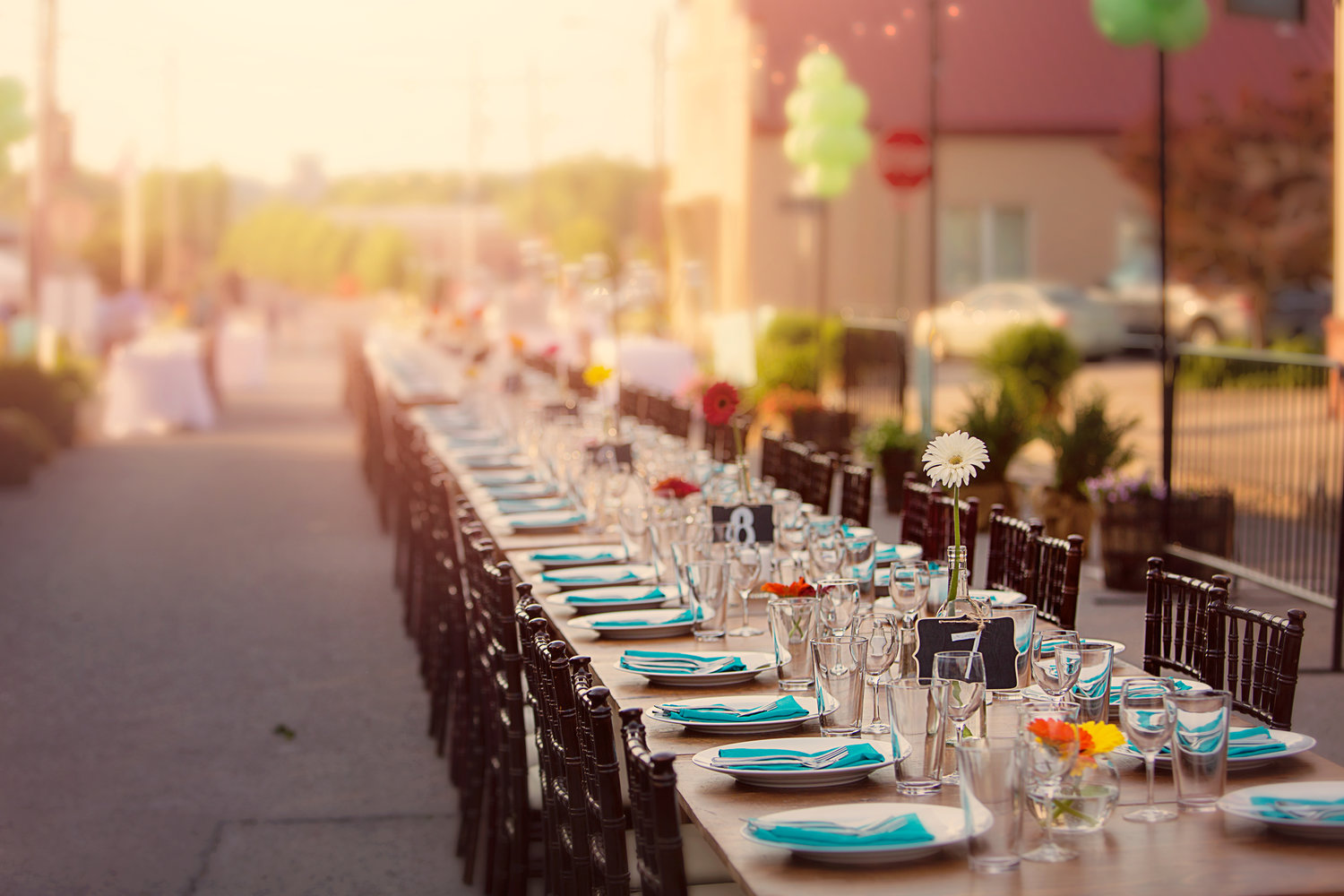 CULLMAN – On Friday evening, May 12, the Cullman City Parks and Recreation (CP&R) Foundation will set a table for 300. The event, Dinner on First, was to be outdoors along First Avenue in the Warehouse District; however, Mother Nature had different plans. Due to the threat of inclement weather, the dinner will take place in the old Cullman Warehouse at 315 Fifth St. SW at 6 p.m.

CP&R’s Waid Harbison explained a little about the special event. “It is a fundraiser for our Parks and Rec Foundation, to build a new community playground.  We’ve been raising money for that for some time, and we think we’re probably going to break ground on that as early as August or September of this year.  All the money we raise at Dinner on First will go to that.  Last year we raised about $30,000.”

CP&R’s new playground, the all-inclusive Connected Park, is being developed with the goal of creating a public play space that can be shared by all children, including those with special needs.  See an informational video about the project here: available at http://qrne.ws/connectedpark.

Friday’s dinner will be prepared by Dyron Powell, Head Chef Randall Baldwin and the staff of Dyron’s Lowcountry.  Specializing in the local cuisine of the South Carolina and northeast Georgia low country, the Mountain Brook establishment also provided the meal for last year’s Dinner on First.

Of Powell and Dyron’s Lowcountry, Harbison said, “He’s out of Mountain Brook, but he’s actually from Cullman originally.  He’s on the board here at St. Bernard, and he’s talking about opening up a restaurant here.  It’s a very nice five-course meal that he’ll come in and serve.  Last year he donated his services completely free to the cause, brought his chefs down here, closed his restaurant for the night.  He’s going to do something similar this year, with different hors d’oeuvres and different dishes, but still a great experience.  I think anybody that went last year will tell you it was some of the best food they ever had.”

This year’s event is already sold out, but there will be activities following the dinner that do not require a ticket.  Harbison explained, “We have 300 seats.  That’s as many as (Dyron Powell) can do with his staff.  We could definitely have more people than that, because we sold out of tickets about three days after they opened.  We opened it up about the first of April, and about three days later, we were completely sold out.

“It’s a good event, and lots of people want to be part of it.  If you cannot come to the dinner, we do have an after-party over at the farmers’ market (Festhalle) that will start as people finish eating, around 9 p.m. and going on until 11 p.m.  We’ll have live music by Round 2 over there, and we’ll have an open bar.  It’s just a good time to come out and enjoy some fellowship, and donate to the program.  All the proceeds will also go to the Parks and Rec Foundation.”

News of the change in venue due to the weather came out on Tuesday. Said Harbison, “All other details for the event will remain the same.  The dinner will begin at 6 p.m. with Dyron’s Lowcountry still preparing and serving the meal.  Round 2 will also play at the after-party as planned at 8:30 p.m.”

Cullman City Parks and Recreation Director Nathan Anderson said, “We are disappointed to have to move the event off of First Avenue in the Warehouse District; however, we are excited about the Cullman Warehouse venue that will blend elegance with rustic charm.”

For more information on Dinner on First, visit www.dinneronfirst.com, email info@cullmanrecreation.org or contact CP&R’s Christy Turner at cturner@cullmanrecreation.org or 256-734-9157.  Get to know the event band by visiting www.facebook.com/round2music. For more information on Dyron’s Lowcountry, visit www.dyronslowcountry.com.