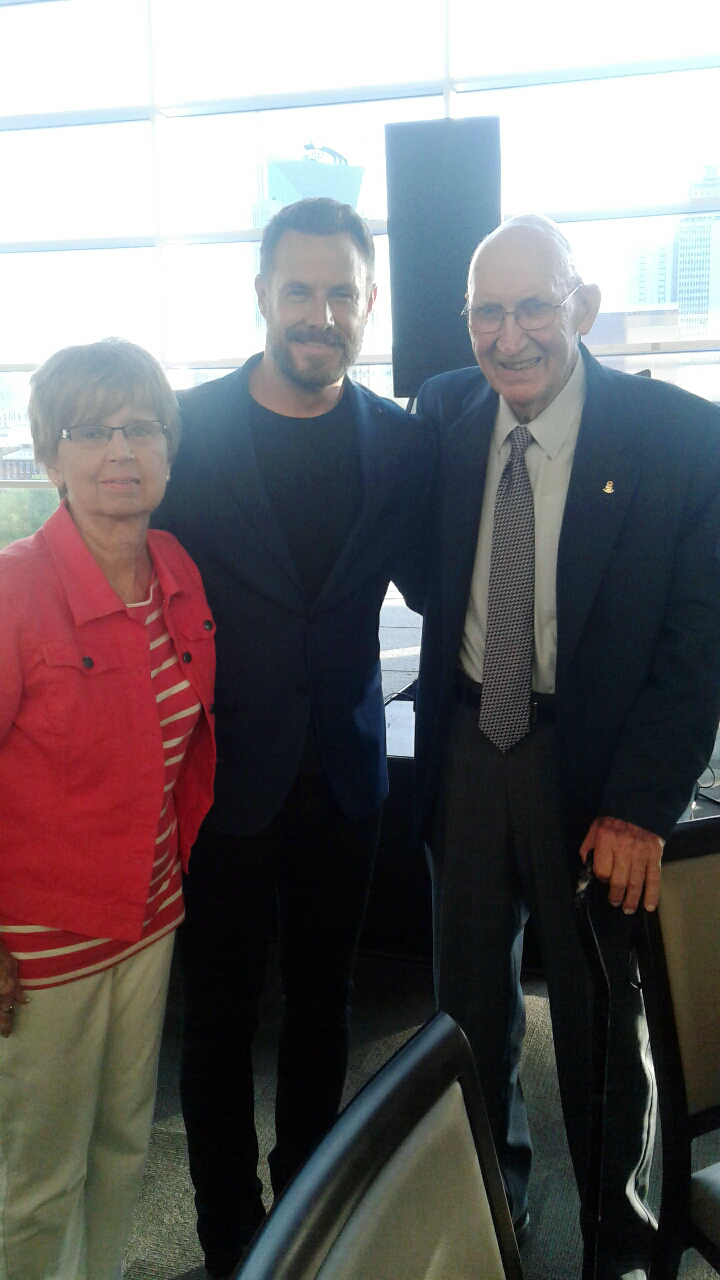 Jimi Westbrook, an alumnus of Wallace State, is a member of the award-winning music group with roots in Alabama.  Walker was a surprise guest for the artist, chosen by Westbrook’s sister because of the influence Walker had on him during his years in the music program.

Walker said about 500 people attended the event, with more than 30 music educators honored with grants from the CMA Foundation. “Over the last several years, the CMA Foundation has contributed $17.5 million to music teachers, primarily elementary and high school teachers,” Walker said.

Walker’s appearance, along with three other teachers who influenced the band members, was organized as a surprise for the band members. “They did not know we were there,” Walker said. “Jimi’s family was responsible for me being there.

“It was really quite an honor,” Walker said of his being asked to attend the event.

Walker and his wife, Cindy, dined with Westbrook and the other Little Big Town members during the event.

“These are the music teachers that shaped and changed our lives,” the band wrote on their Facebook page after the event.

Westbrook attended Wallace State from 1990-1992, and was recruited by Walker after the music director at Westbrook’s church told Walker about him. From Wallace State, Walker said Westbrook went to Lee University in Cleveland, Tennessee.

“I kind of lost track of him for four or five years…and then all of a sudden, Little Big Town was formed,” Walker said. “Karen (Fairchild) and Kimberly (Schlapman) were students at Samford, of course — that was my alma mater.” Phillip Sweet is the band’s fourth member.

Asked to provide a comment about Westbrook, Walker said, “Jimi, from the very beginning, had not only the voice, but he had a stage presence about him and an ability to communicate. It didn’t matter whether it was here, in concert choir or singers, or if it was in church choir – he sang in my church choir at St. John’s – it didn’t matter what venue it was, he had that unique ability to communicate.”