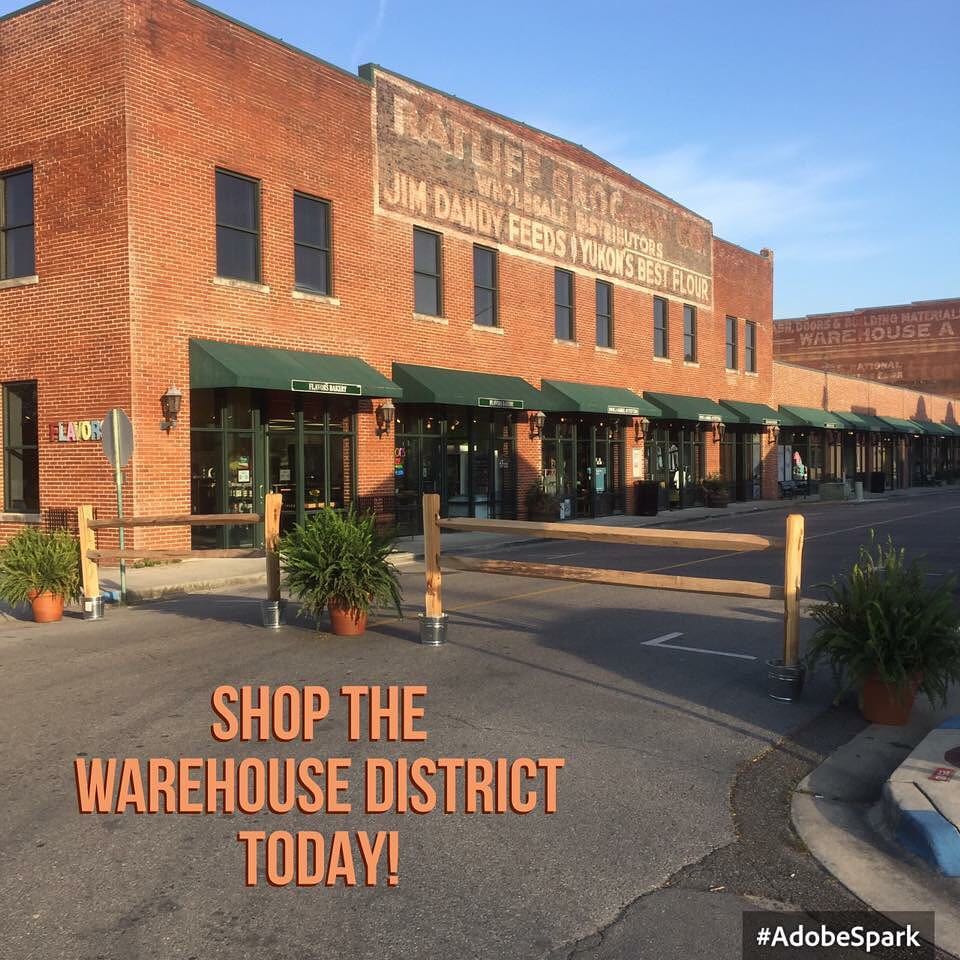 CULLMAN – Today marks the end of a trial run for the Warehouse District. The district’s merchants were allowed by the Cullman City Council to convert First Avenue Northeast to a pedestrian park from Flavors Bakery to Rumors Deli, every Saturday from 7 a.m. until 6 p.m. in April.

The city council (and the Tribune) received a letter requesting that the experiment be called off, and the street be re-opened to traffic at all times.  Read the letter here: http://cullmansense.com/articles/2017/04/22/letter-editor-please-don-t-approve-warehouse-district-street-closure.

In the wake of the statement of opposition, three Warehouse District merchants came to last Monday’s city council meeting to appeal for the Saturday closings to be made a permanent policy.  The major issue discussed among council members was the need for handicapped parking to allow easier access for the elderly and others with limited mobility.  See our story at: http://cullmansense.com/articles/2017/04/25/council-approves-2m-contract-wastewater-treatment-plant-repairs-warehouse.

Chad Witcher of If the Shoe Fits, Johnann Moore of MoMo She 103 and Stuart Moore of Book&Barrel Outfitters (The two Moores are husband and wife.) spoke to the Tribune about their experiences during the April experiment.

Witcher said, “It’s been really good.  We’ve gotten a lot of positive feedback from our customers, especially those with small children: just the safety of being able to walk in and out on the street, and not worry about getting run over.  Overall, very positive.”

“We’re trying to create a family atmosphere, so people can come down there and spend time, and eat, and walk up and down the street, and see the whole street instead of just jumping in and jumping out of a car.  We want them to spend time with their families outside.  We’re not just there to sell you something; we want you to come play with us!”

Moore’s husband Stuart Moore said of Book&Barrel, “It’s improved off of foot traffic.  I haven’t had any complaints about closing the street.  The only response I’ve heard talking to people is when we were parking the Mitch Smith cars in the street the other day; two ladies came up, and they loved the idea.”

“Ultimately,” Witcher added, “we just want to promote local businesses.  We’re very proud of Cullman, very proud of the businesses that are in Cullman.  We want to do more to promote local businesses, make it safer for the kids and parents to walk up and down, a place where they can bring their families, bring their dog, and just hang out.  Our ultimate goal is just to change the overall experience down there: you get people together and the community comes together, and you get to know each other.  In this day and age, you have so many people that are going from spot to spot, and never taking time to just enjoy where they’re at; so our goal here in Cullman is to make people appreciate what they have in Cullman.”

Johnann Moore chimed in, “It gives you something to do here, instead of leaving and going and spending their money elsewhere, in Franklin or Nashville, or wherever it might be.  They can spend their time at home, and not have to leave.  We’re keeping those dollars here.”

Witcher believes that, while highly visible in the media, the actual amount of negative feedback has been very small compared to the large number of shoppers who have taken advantage of the street closures in April.  Nonetheless, he expressed commitment to keeping everyone’s needs in mind as the merchants and City make long-term plans for the district.