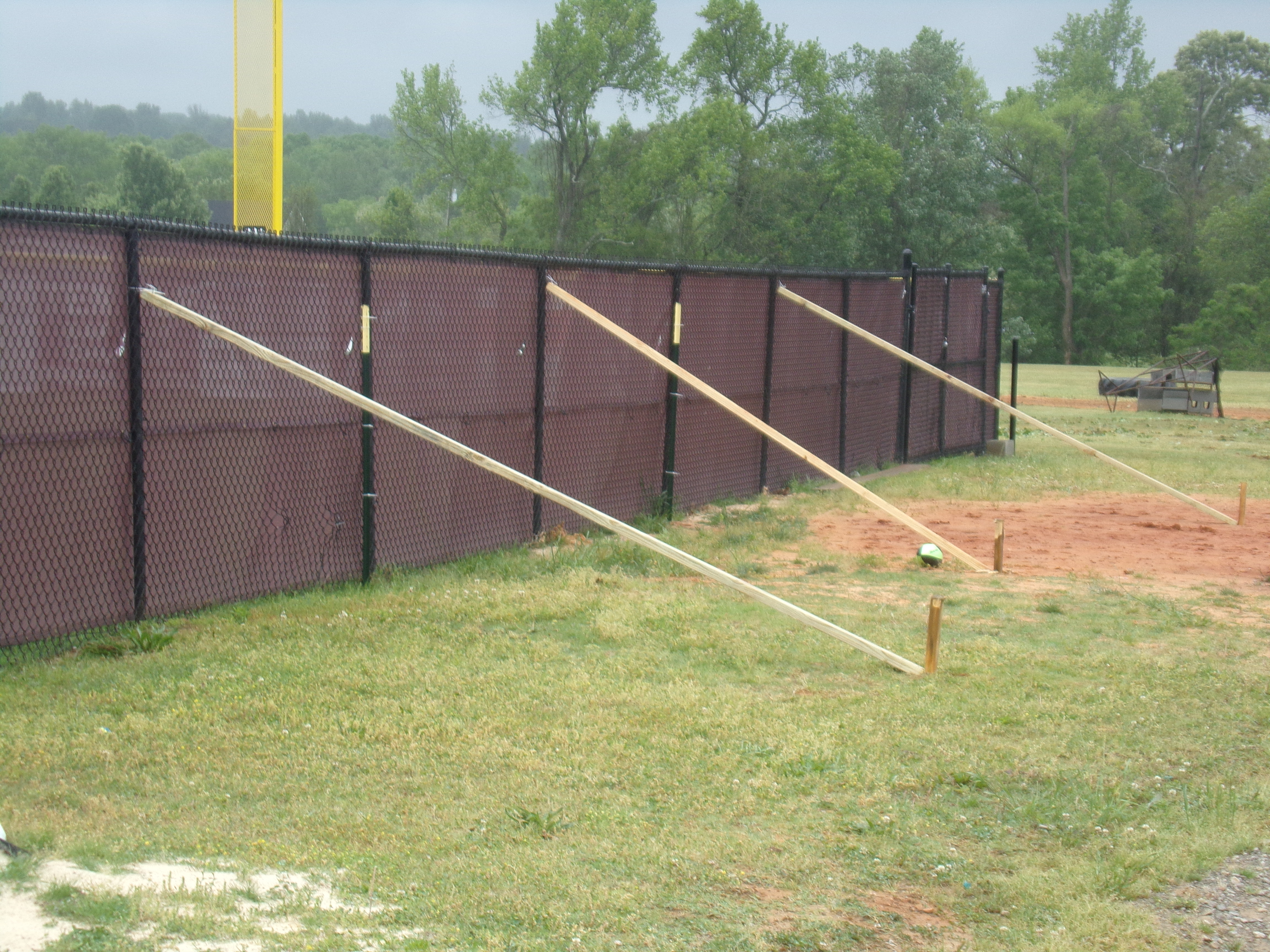 Players, coaching staff, administration and parents temporarily repaired West Point High School's storm-damaged softball fence on Sunday so the team can play at home to end the regular season on Tuesday vs. Arab.

But through some hard work Sunday afternoon from players, coaching staff, administration and parents, the fence has been repaired temporarily so the team can play at home to end the regular season on Tuesday vs. Arab.

According to the National Weather Service in Huntsville, straight line winds of at least 100 miles per hour were in and around West Point Saturday evening when the area was placed under a tornado warning.

In the early and late afternoon Sunday, the fence was put back in its proper location, being stabilized by wooden support beams. The fence is approximately 200 feet all the way around from home plate.

No damage was reported to the field from the storm. The baseball field suffered damage to its fence as well, along with a huge structure out in center field that is reportedly off balance.

Yearwood said Cullman County Schools Superintendent Shane Barnette inspected the damaged area Sunday afternoon. The school will file a report for the damages to be repaired through insurance for the property.

A basement concession stand along with the math department was flooded due to the heavy rain from Saturday's storm.

West Point's softball team was playing in the Good Hope Invitational Saturday evening when the tornado warning was issued, along with lightning being seen near the ball park. The game and the rest of the tournament was canceled.

Coach Eric Pendley told the Tribune his team was officially second to Danville in the final summary of the event. West Point was 1-0-2 and leading Good Hope at the time the game was stopped.

The hard work by everybody Sunday will allow seniors Lillie Burdette, Courtney Blackwood and Jordyn Kimbrell to play on the home diamond one final time. The seniors will be recognized prior to the first pitch at 4:30 p.m. Tuesday vs. Arab.