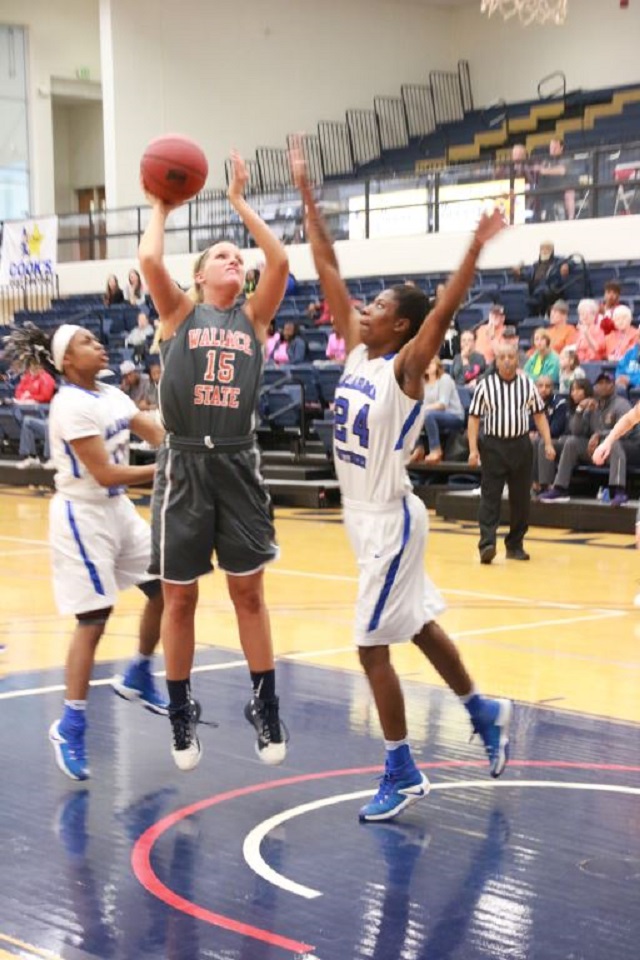 The Lady Lions (22-9) jumped out to an insurmountable 34-5 cushion by the end of the first quarter and surpassed the 100-point plateau for the second time this season.

“It was by far the best 40 minutes we’ve played all year, and it couldn’t have come at a better time. We shot the ball well and can be dangerous when we get that hot,” said Wallace State coach Ron Burdette. “I told the team we’ve knocked two wins out the way and we’re halfway there. We’re going to enjoy this one tonight and come back on Thursday at 1 p.m.”

Houston, a Tanner graduate, led the conference in 3-pointers made during the regular season and has sizzled from 3-point territory in two postseason games. Houston nailed seven 3-pointers in the ACCC opening round last Friday and now has 13 in two tournament games.

“Kelsey has definitely been in the zone lately. She has a certain look in her eye, and it’s a great time to shine,” Burdette said.

Fittingly, Houston made the final 3-pointer for Wallace State in the closing seconds, pushing the Lady Lions past the 100-point mark.

Alabama Southern (12-16) was led by Shamina Hunter’s 21 points. The Lady Eagles entered as the South Division’s No. 2 seed.

“No matter if it’s the semifinals or the championship game, we are going to play Shelton State in this tournament every year,” Burdette said. “We are going to lace it up and see what happens.”