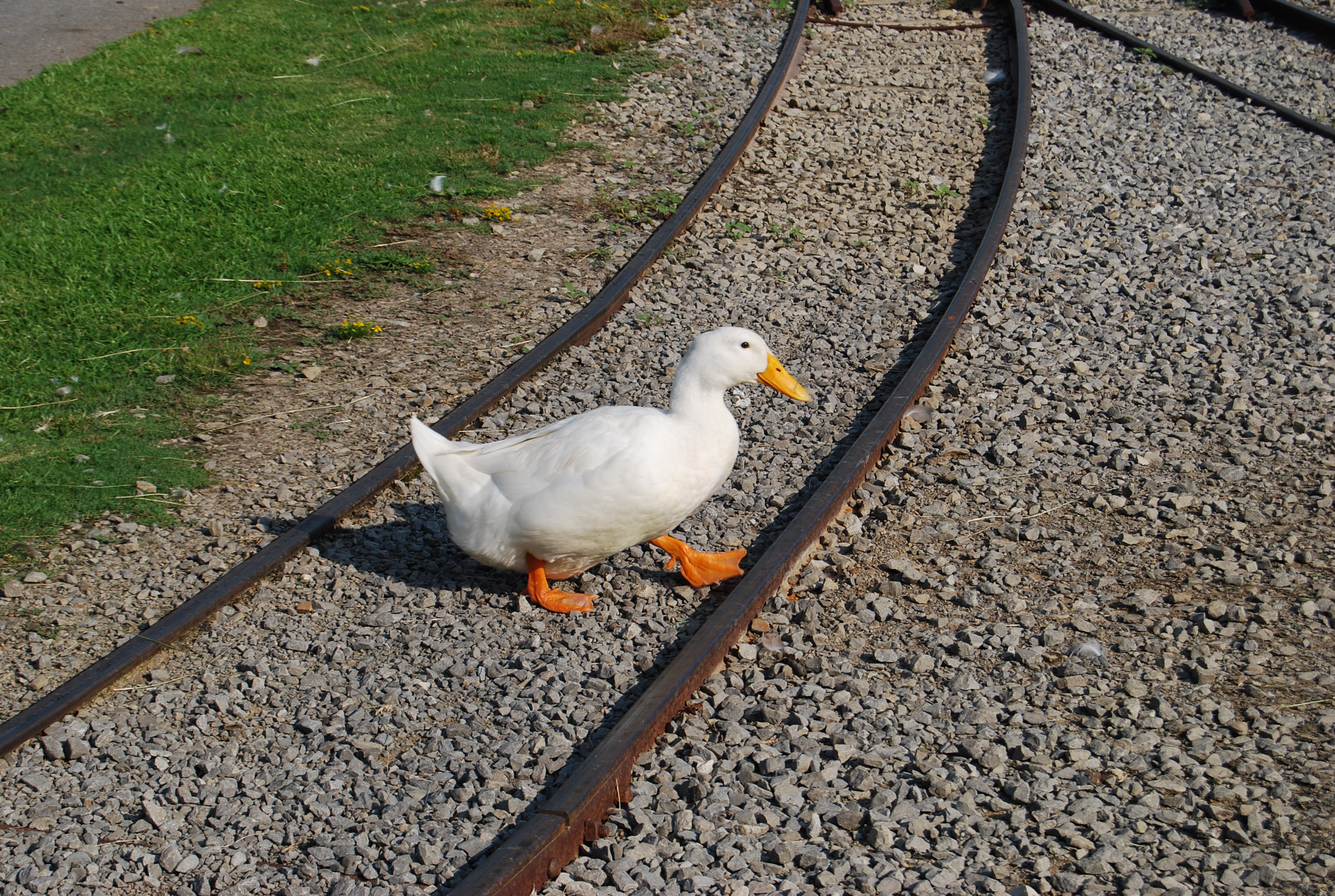 Why did the duck cross the railroad tracks? To get to the lake, of course. Sportsman Lake, that is.

CULLMAN – For Cullman County Parks and Recreation Director, Doug Davenport, each day is a new adventure. An avid outdoorsman, Davenport and his job are a perfect fit.

Not one to sit behind a desk any longer than absolutely necessary, he frequents the parks and recreational areas in his charge, knowing them like the palm of his hand, and that’s saying a lot, as the parks and rec system in Cullman County is extensive and spread out all over the county. The system includes Smith Lake Park, Clarkson Covered Bridge, the Cullman County Agricultural Trade Center, Sportsman Lake Park (including Veterans’ Park) and Stony Lonesome OHV Park.

On March 10-11, the Southern Rock Racing Series is scheduled at Stony Lonesome OHV Park, 10075 Alabama Highway 69, in Bremen. This challenging course is a must for any off-road enthusiast. “This is a mountain-type dune buggy course,” Davenport explained. “Last year it brought in a record 3,000 visitors to the park.”

“They loved it,” laughed Davenport, warming to one of his favorite subjects. “We also got a lot of support from the community for this event, probably because they were racing for $10,000 that day.”

He continued, “It’s a lot like a billy goat trail. Two out of 70 starters made it to the top, but it’s also based on time as well as ability to finish.”

According to Davenport, in the past 18 months the OHV Park has really done a turnaround. “People might not realize how much it fuels the local economy,” he said. “People coming from the interstate stop in Dodge City for food and gas. It has really helped the local economy to have that many people come in for these events.”

Davenport is especially excited about the new drone purchased by the parks and rec department for use in filming off the off-road events. “There is really no other way you can film these kind of events from the ground,” he pointed out. “They are just too fast to cover from on foot, too bumpy for good video, and they cover too much territory, all of it rugged terrain.” The drone will also be used for filming other events in the county’s park system.

The county even has one park inside the city limits, Sportsman Lake Park, which serves both the city and county with recreational opportunities and events throughout the year.

On March 18, there will be a community-wide yard sale at Sportsman Lake Park, with 122 vendors signed up so far. This event brings in many visitors from outside the county, adding to the tourism quota and the tax dollars spent on gas, lodging and food. The county-operated, wheelchair accessible park also offers fishing, putt-putt golf, playground, hiking trails, picnic area, pavilions, paddle boats and a train. In addition, there are a multi-use paved trail and a 4.7-mi. mountain bike trail. The park is also home to the Veterans’ Memorial Park, which has become a destination trip for people who have found there a place of meditative reflection on those who lost their lives for our freedom.

Also under the auspices of the Cullman County Parks and Rec umbrella, is one of Cullman's most well-known attractions, the Clarkson Covered Bridge, originally built in 1904. Once used regularly by farmers and travelers to cross Crooked Creek, the weatherworn, historically rich bridge is now closed to traffic, and serves as the centerpiece of a park built in period fashion to showcase the bridge and its historical significance.

The bridge was torn in half, in 1921, by a huge storm. One piece was left intact, the other swept downstream, but was soon salvaged. A year later, the project to repair the bridge with the salvaged material was completed.

On June 25, 1974, Clarkson Covered Bridge was named to the National Register of Historic Places. Shortly thereafter, in 1975, the Cullman County Commission restored the site with the help of concerned citizens as part of the American Bicentennial Project, adding hiking trails, a picnic area and two period structures built to accent the historical nature of the bridge, a dogtrot log cabin and a working grist mill. Located just off U.S. Highway 278 in Bethel, Clarkson Covered Bridge is the site of numerous activities. Rental cabins are now available at the site, which has become a popular wedding venue. “This is an unusual focal point for a county or a private park,” Davenport commented. “Guests from many different countries and states visit here.

“It really gives us (the park system employees) a sense of pride in our county when people come here to see it,” he added. “The caretakers house was just converted into an activity house for rent; what used to be offices have been converted into guest cabins, and the water wheel has just been repaired,” he said.

Also under that County Parks and Rec umbrella, is the Cullman County Agricultural Trade Center. The Ag Center is the venue for many music events, sports competitions, farm exhibitions and family activities for north-central Alabama.

The Ag Center sees rodeos, barrel races, dog shows, bluegrass, rock, country, and gospel music events, racking, walking, and quarter horse shows and 4-H events. Motocross, outdoor exhibits, Boer goat shows and an R/C rally also make their rounds at the Ag Center. ‘The remote-control race brings in people from as far away as Australia,” said Davenport. “People come in campers, RVs and fly in from all over the world for this event.”

The facility is also available to rent for company picnics and other events.

“The county parks and rec has family-oriented fun for all ages,” Davenport said, obviously proud of the way Cullman County includes recreation as well as business and industry in its well-rounded atmosphere. “We have wilderness, camping, water sports and much more.”

These are just a sample of some of the great opportunities awaiting you in Cullman. Come and see what all the county and city have to offer you!

For more information on these and other great outdoor opportunities, and to check scheduling of events, visit www.cullmancountyparks.com.