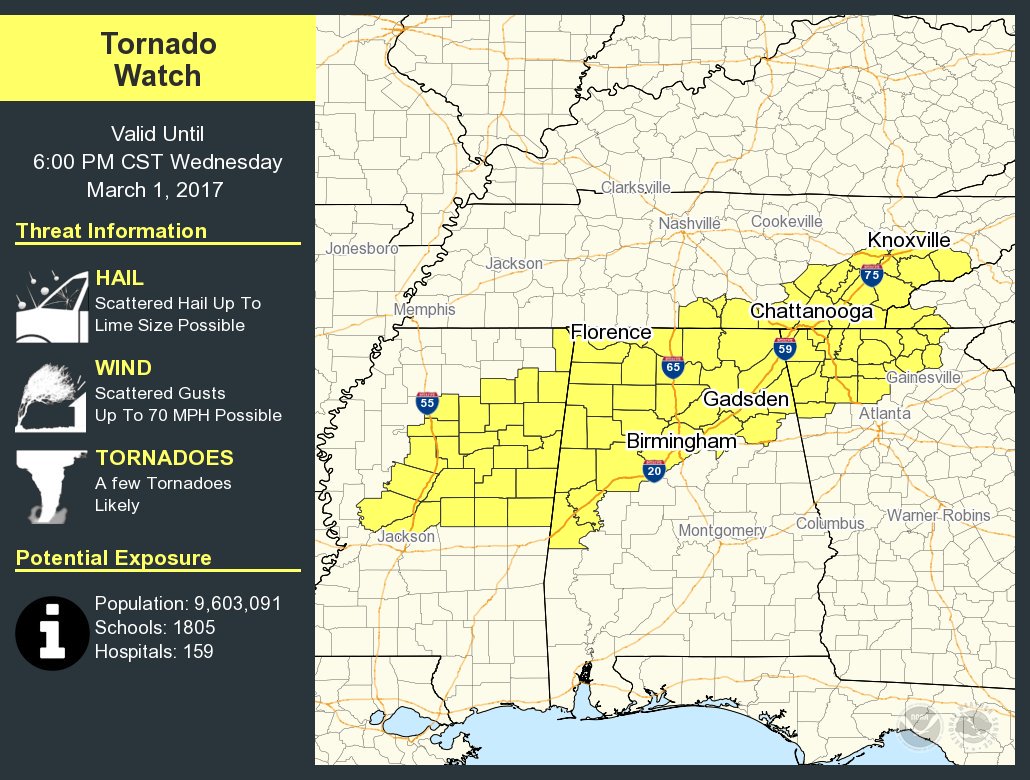 CULLMAN – The National Weather Service in Huntsville has issued a tornado watch until 6 p.m. for all counties in the Huntsville forecast area:

Strong to severe thunderstorms are expected…pushing southeast and affecting areas along and north of a line from Southern Middle Tennessee to near the Muscle Shoals area in the late morning to early after hours. These strong to severe storms will push southeast to near the Tennessee River in the early afternoon hours and affect our southeastern counties through the late afternoon hours. All modes of severe weather are possible, although damaging winds up to 70 mph will be the primary threat. A stronger tornado and large hail cannot be ruled out.

Community storm shelters to open in preparation for Tuesday storms

Natural disasters and severe weather: when the power goes out