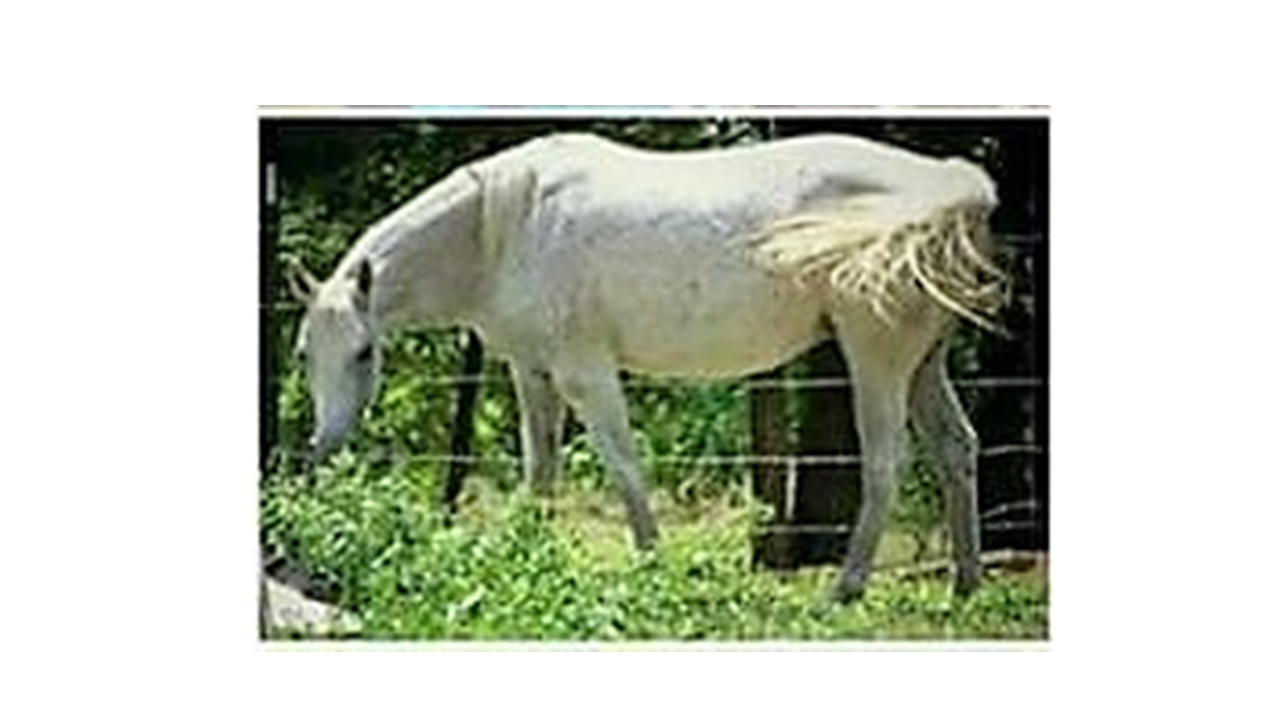 CRANE HILL – Capt. Tim McKoy and the Cullman County Animal Control Office (CCAC) are looking for a horse that is missing and presumed stolen from the Crane Hill/Guthery's Crossroads area.

On Feb. 9, Terry Turney reported a female horse named "Doll" stolen from her pasture on County Road 222.  The incident took place one week after a 7-year old horse was shot and killed by an unknown perpetrator in the same pasture on Feb. 2.

In a Facebook post, Turney described her horse, "She has got white winter coat and a bad scar on her left rear knee… She is 28 years old and her name is Doll… She sweet and genial.. Please don't hurt her she won't hurt you."

McKoy noted that another horse was also recently reported stolen on County Road 565 near Hanceville, but was found earlier this week.  That animal was in a pasture, and was found deceased, appearing to have been in poor health.  Foul play is not suspected, and the case was closed.  The two missing animal cases were unrelated.

Horse thefts are unusual in Cullman County.  According to McKoy, an average of only two to three such thefts occur annually.

To be prepared for such an event, though, he advised, "I highly recommend that people identify their animals by branding, or by ear tagging or tattooing; doing something to put a mark on that animal that shows that it belongs to them.  You can get similar animals that look alike, and you can't identify them because they are similar."