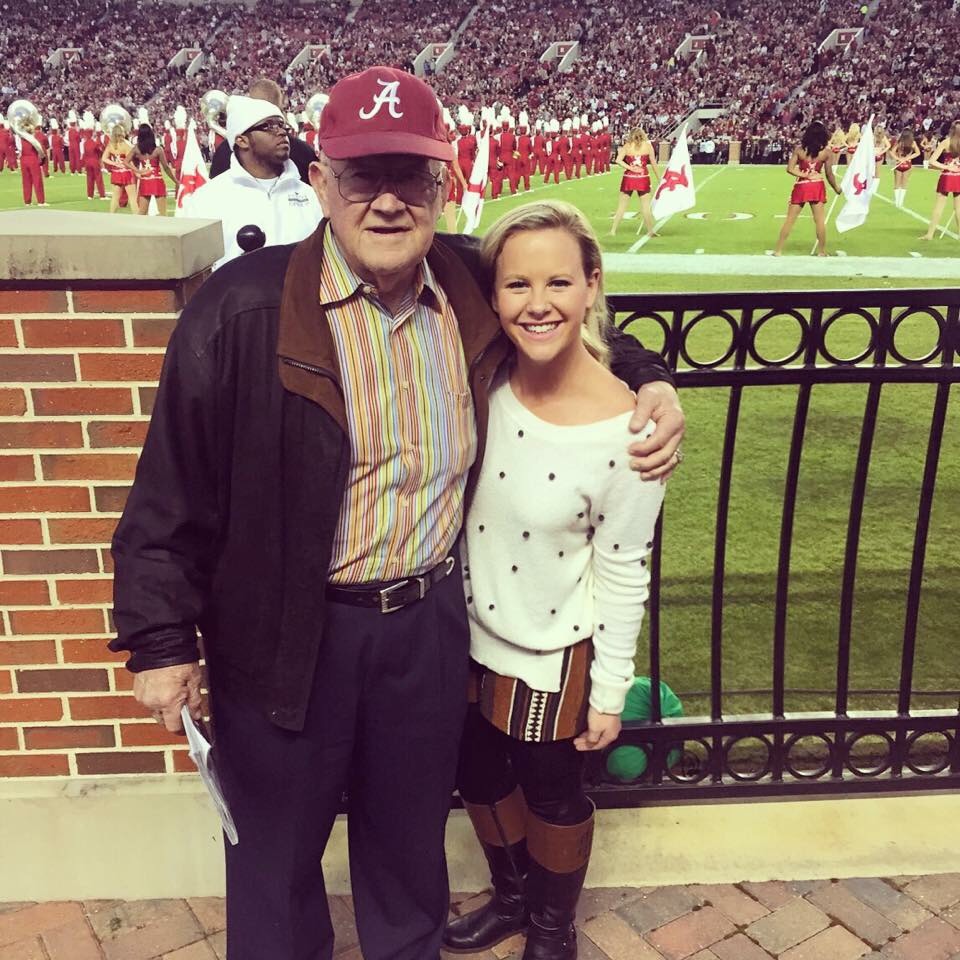 Visitation will be Sunday, Feb. 5 from 1-3 p.m. at Vinemont Baptist Church.

Tom Drake with his granddaughter at an Alabama football game

CULLMAN – Just eight weeks ago, Tribune reporter Loretta Gillespie profiled Cullman's living legend, Tom Drake, in celebration of his 86th birthday. We ran that story on our front page, and Mr. Drake was so proud. He stopped by our office to chat, taking 20 copies of the paper to share with his family and friends. He was a kind gentleman. Sadly, today, as many of our readers have no doubt already learned, Mr. Drake passed away. Moss Service Funeral Home will be handling the services.

To honor his memory, below is the text of the story Loretta wrote about him. But first, a photo gallery of pictures Mr. Drake shared with us. Rest in peace, Mr. Drake.

Click on the photo below to open up the gallery. 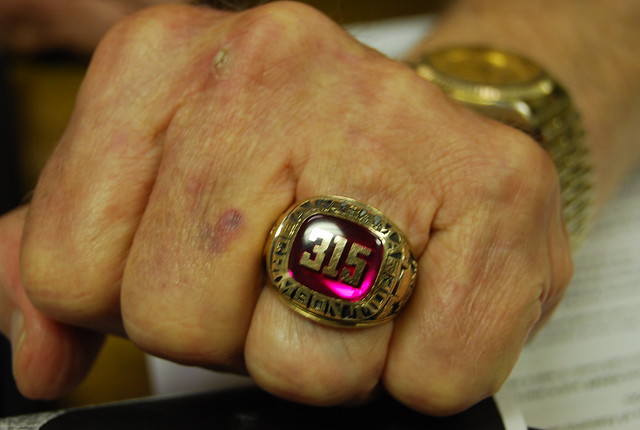 When Tom Drake came into this world he had no way of knowing, nor did his parents, what an extraordinary life he would go on to live. Over the next eight, almost nine, decades, he would see the advent of televisions and microwave ovens, witness electricity and telephones installed in private homes, serve honorably in the U.S. Army and assist one of the most famous coaches of all time, Bear Bryant. He would campaign for Gov. George Wallace and wrestle some of the biggest names in the sport, including a bear.

He would become one in a long line of prestigious lawyers, and the father of two more, Tommy Drake who shares his father’s practice, and Whit Drake, who practices law in Birmingham (both of the boys married lawyers) plus have two more children, Mary Frances (Drake) Pate, assistant professor College of Nursing, East Carolina University and Christy (Drake) Lowe, who lives outside of London and will defend her Ph.D. dissertation in January.

He has piloted airplanes, run for and won a seat in the Alabama House of Representatives, where he was elected as Speaker of the House numerous times, and he has won landmark cases for working people all over the state.

He would be instrumental in advancing Cullman County’s educational opportunities, and have a building named for him on the campus of Wallace State Community College.

He would travel extensively with his wife, Chris, win dance contests, and meet some of the most unusual and influential people, including dignitaries from all over the world, while never losing touch with his humble roots nor the people he served in Cullman County.

Tom was born on Dec. 5, 1930 and raised during the Great Depression. That era probably played a key factor in his life, instilling in him a love for his neighbors and friends, and a need to help them through hard times. Tom keeps coming to his office on a daily basis (even though he has retired) because, “Someone might need me. I love to help people,” he said earnestly.

Tom was only 6 years old when his father was killed by a train. Young Tom attended public schools in Cullman County, where he excelled in sports, eventually obtaining an athletic scholarship to the University of Tennessee at Chattanooga, where he wrestled and played football for the Chattanooga "Mocs."

His athletic career was put on hold when he was drafted by the United States Army. He continued to wrestle on weekends and made a name for himself across the nation with fans of the sport.  After an honorable discharge, he went on to become the head wrestling coach at the University of Alabama and member of the athletic staff under Coach Paul "Bear" Bryant.

Tom wrestled and/or partnered with many of the sports' greatest legends, including Gorgeous George, Lou Thesz, Bearcat Brown, Tojo Yamamoto and Len Rossi. Known as the "Cullman Comet," Drake wrestled professionally until 1978, and was inducted into the International Wrestlers Hall of Fame in 2001.

Tom entered law school at the University of Alabama in 1960. While still in school, he ran for public office, defeating 11 opponents without a run-off for a position in the State Legislature. In that position, he represented Cullman County for 32 years. While a member of the House of Representatives, he was elected to nine full terms as the Speaker of the House under then Gov. George Wallace.

Tom’s story is intricately interwoven with Cullman County history. The Cullman Tribune is honored to present you with a pictorial history of Tom Drake’s most important achievements, which have helped to promote and build Cullman into the bustling little city and thriving agricultural community that you see today.

One of the lawyers that Tom had occasion to work with over the years, J. Barton Warren, of Huntsville, recalls that he and Tom worked together on many cases where injured employees were denied worker’s compensation benefits.

“Tom and his wife, Chris, always fought for the rights of injured Alabama employees to make sure they received the proper medical care and benefits while recovering from a work accident,” said Warren.

His favorite story about Tom was a fishing trip the two men took with Warren’s son, Wilson, when Wilson was 10 years old. (Wilson will be 25 this year).

“We fished all day and listened to Tom’s stories about Gov. Wallace,” he chuckled. “Tom always referred to his wife, Chris, as, ‘The Madam.’ Throughout the day fishing, Tom made references to ‘The Madam’ going with him to wrestling matches and riding together with Gov. Wallace when Gov. Wallace was boxing. The stories continued about Tom and ‘The Madam’ working together as a tag team in court and how she was brilliant in the courtroom,” he continued.

After a long day of fishing, Wilson rode back to Huntsville with his dad. “I asked Wilson if he enjoyed the fishing trip,” said Warren. “He responded by saying, ‘The fishing was awesome and I really liked hearing the stories from Mr. Drake.’”

Then he added, “Dad, do you have any idea who ‘The Madam’ is that Mr. Drake talked about all day today?”

Last December, Tom and his daughter, Mary Pate, and granddaughter, Sara Beth Drake, took a much-anticipated trip to Scotland where they visited his daughter, Christy Drake Lowe and her husband, Ben Lowe, and their son Tiberius. (Christy teaches Latin now in London and Ben is a professor).

According to Sara Beth, in addition to visits with the family, there were also trips to Edinburgh, Scotland and St. Andrews were Ben was teaching at St. Andrews University (where royals learn and where Prince William and Kate Middleton actually met).

As for Tom, seeing his grandson, Tiberius, was the icing on the cake.

A farmer at heart, Tom Drake has lived life to its fullest, and continues to do so at the young age of 86! Happy Birthday, to one of Cullman’s most colorful living legends!