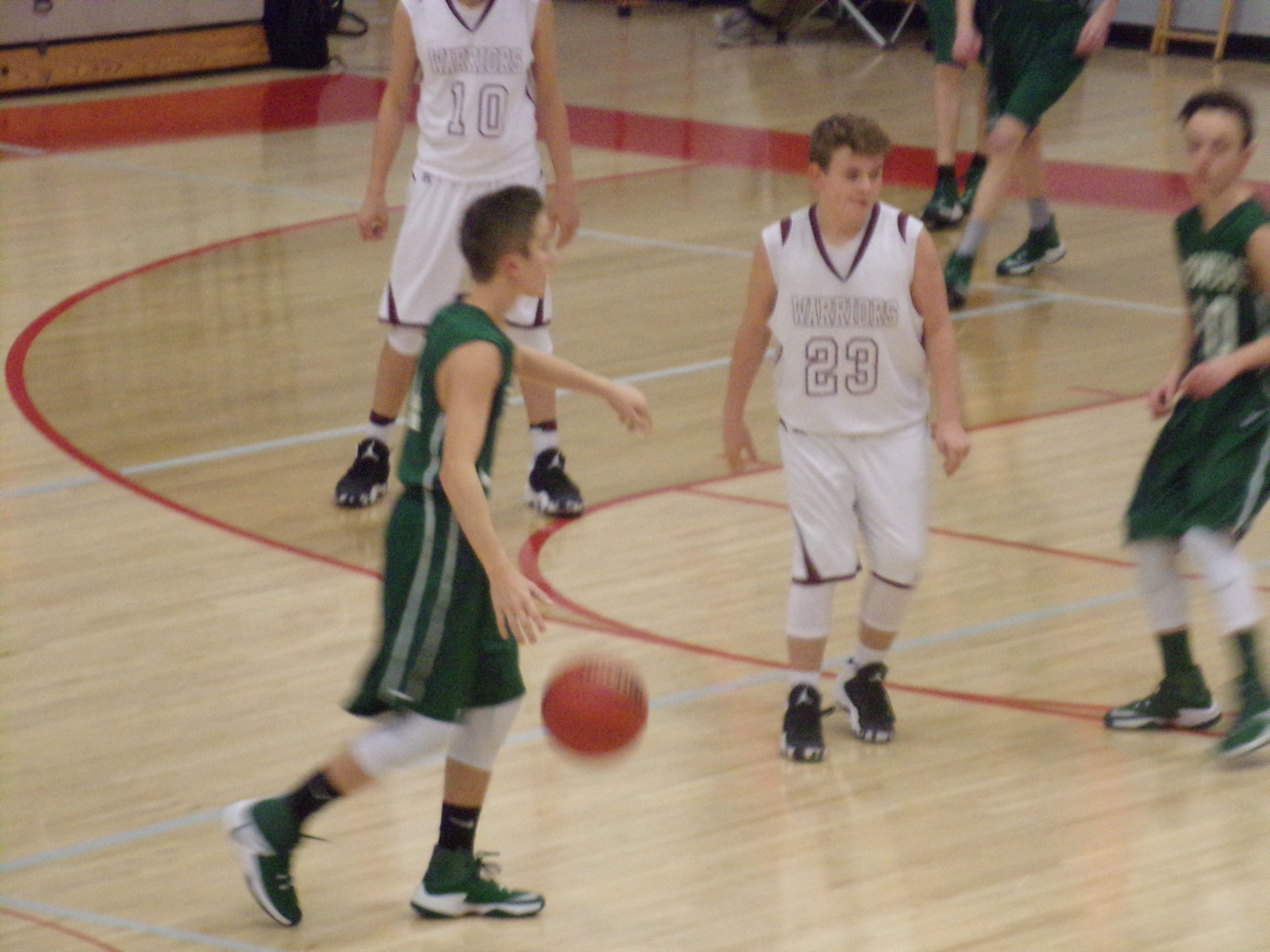 GOOD HOPE – One near upset, two dominant wins and a game gone down to the wire highlighted the semifinal round of the Cullman County Middle School Tournament at Good Hope Thursday evening.

In the girls' division, No. 1 seed Cold Springs survived a big scare from fourth seed Parkside, 24-22. Second seed West Point romped over sixth seed Good Hope, 45-18. In the boys' division, No. 1 seed Parkside handled fourth seed Cold Springs easily, 46-29. And in what was a back and forth game, the second seed, West Point, held on to beat the third seed, Holly Pond, 41-36.

It was a slow start for both teams, but Parkside grabbed a 6-4 lead after one on a jumper by Molly McKelvy. The second quarter was great for Cold Springs' Kyla Aaron as she scored all eight of their points, including a three before the half ended to put them up 12-9.

Aaron added another three in the third quarter and Ember Sellers hit a layup off a Parkside turnover to increase their lead to 17-9, but the Lady Panthers came back with a 6-2 run to end the quarter to cut the lead to 19-15.

Off a Lady Eagle turnover in the final quarter, McKelvy hit another jumper to cut the lead to two, then Jacy Gorham tied the game at the free-throw line.  Both teams traded baskets to keep the game tied at 21, then Aaron hit a huge three to give Cold Springs a 24-21 lead. Off a missed Parkside free throw, the Lady Eagles were called for a five-second violation. Gorham went 1-2 at the line to cut the lead to 24-22. Cold Springs' in-bounds pass went right through the hands of a Lady Panther player and Cold Springs clinched a spot in the championship game.

Aaron led the way for Cold Springs with 14 points. Brooklyn Crider finished with five points. Madison Bruer had three and Sellers finished with two. They will face West Point for the championship on Saturday.

Kali Brown found her scoring stroke in the first quarter, scoring 10 points and the Lady Warriors took a 13-6 lead after one. West Point got balanced scoring in the second quarter as six different Lady Warriors scored at least two points and their defense gave the Lady Raiders fits as they increased their lead to 26-8 at the half.

It was more of the same for West Point to start the third quarter as they gave Good Hope big problems on both sides and the lead grew to 40-12 after three as they went on to the easy win.

Brown and Sydney Sellers each finished with 10 for West Point. Ryleigh Jones and Braelee Quinn each had seven. They will face Cold Springs for the championship on Saturday

Parkside did not waste any time getting off to a quick start as they jumped out to a 13-0 lead in the opening quarter and took a 19-4 lead after one and 27-9 at the half.

Cold Springs tried to make a run in the third quarter, cutting a 29-9 Panther lead to 29-15, but Parkside quickly snuffed out any chance of a comeback, leading 35-20 after three and cruising from there to clinch one of the two spots in the championship game

Jack Brown led the Panthers with 14 points. John White finished with 13 and Jake Yarbrough had nine. They will take on West Point for the championship at 4:15 on Saturday.

West Point jumped out to a quick 8-0 lead behind a layup by Aubry Cleghorn and two threes by Carter Thornton. Holly Pond finally scored at the 3:29 mark on a free throw by Parker Sellers and off another Thornton three, Sellers put in the first Bronco basket with 2:39 remaining in the quarter. West Point led 17-4 after one and looked to be in command.

But in the second quarter, the switch flipped for both teams as Holly Pond hit four threes and outscored West Point, 17-3, to take a 21-20 lead at the half.

West Point grabbed a 22-21 lead to open the third quarter on a pair of Kobe Bowers free throws. Holly Pond got the lead back on an Ethan Burnham layup and increased the lead to five on four quick points by Tucker Gambrill, but the Warriors finished the quarter strong as they embarked on an 8-1 run to take a 30-28 lead.

The final quarter was intense as both teams looked to make that decisive run to grab the momentum. West Point scored the first five points from the free-throw line to push the lead to 35-28, but the Broncos did not quit, scoring the next six points to cut the lead to 35-34. Thornton hit a huge three with 1:04 remaining in the game to give the Warriors some breathing room. After Will Cochran went 1 of 2 from the free-throw line to make the score 39-34, Burnham hit a layup to cut the lead to 39-36. But Bowers clinched the game for the Warriors with two free throws.

Thornton finished with 17 points for West Point. Bowers finished with nine and Cochran had seven. They will play Parkside at 4:15 Saturday for the championship.

Gambrill led Holly Pond with 10 points. Levi Boatright and Landon Rowell each finished with seven and Sellers had six.