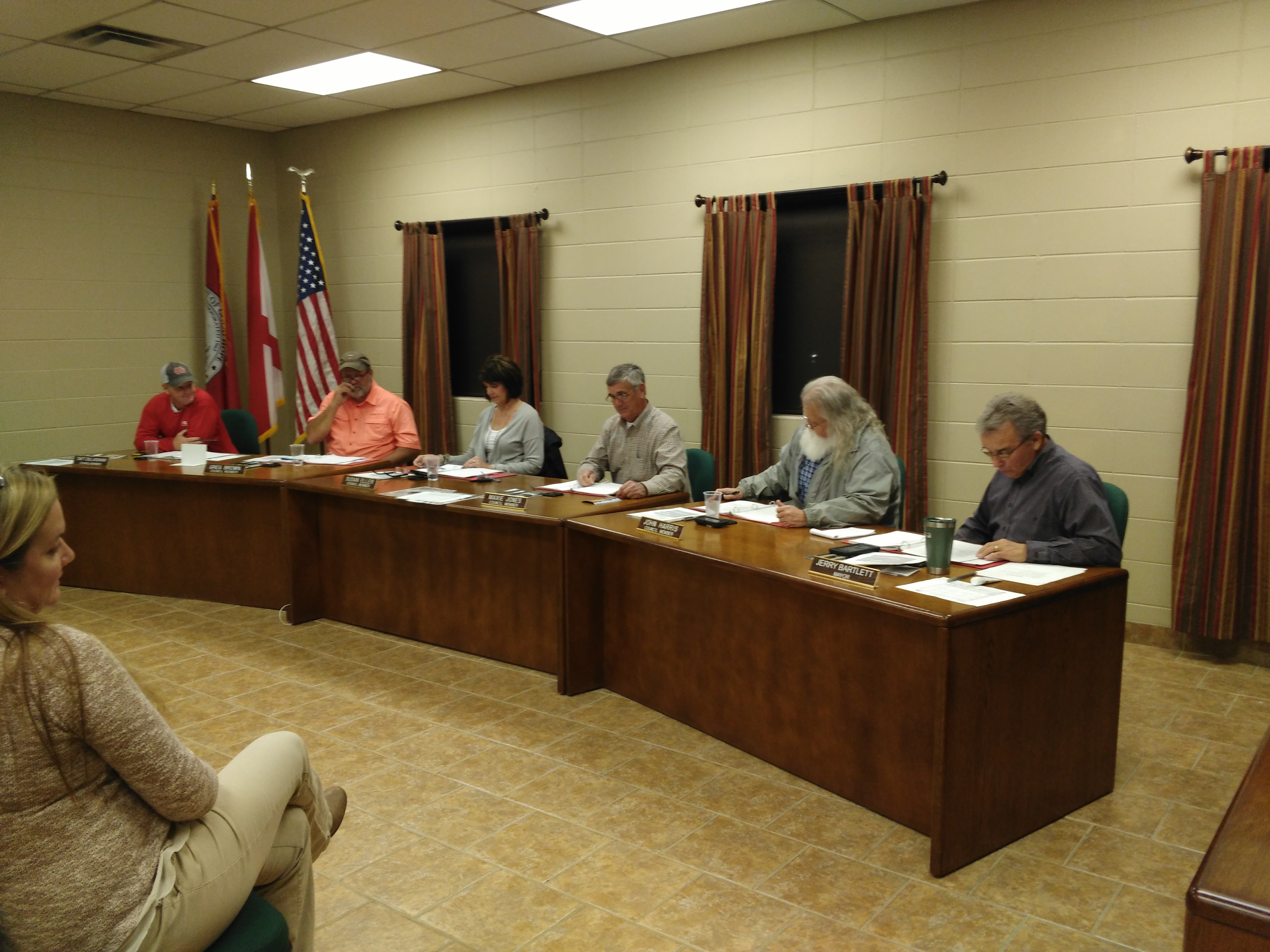 GOOD HOPE – The Good Hope City Council held a regular meeting this week, where the council, alongside Grady Parsons of Living Water Services, discussed the future of Good Hope’s utility system, raising the possibility of establishing a long-term maintenance budget in the near future. The proposed budget would be used for needed repairs to the utility system in the city; however, no decisions were made, as further discussions will be needed before the council can decide how to approach the matter.

In the words of Mayor Jerry Bartlett, “Greg Brown has taken the bull by the horns,” regarding the increased number of donations received for this year’s community Thanksgiving Meal. “We got donations from people that have never donated before; it’s helping us get money for other events,” stated Bartlett, as he discussed the importance of the meal and how proud he is of everyone that was involved.

Councilman Taft Dillashaw reminded the council that there will be little league signups in the near future. Jan. 30 through Feb. 18 are the days available to sign up for the program. Opening day is currently planned to be held around April 1; however, the exact date is subject to change.

In other business, the City reappointed Christie Chamblee to the office of city clerk for a four-year term.

When the council last met, a representative of the Deer Run subdivision asked the council to aid with the cost of sewer and road construction for the planned development. The council discussed at length their thoughts on the matter, as their decision on how to handle the situation will set a precedent for future requests.

“Personally, I didn’t think that we were in the construction business,” stated Bartlett as the discussion started with how subdivisions have been constructed in the past.

Councilman John Harris agreed with Bartlett, saying, “Everybody that I’ve ever worked for didn’t help subdivisions.”

In the spirit of an open discussion where all angles must be discussed, Councilwoman Susan Eller proposed the idea that adding the subdivision is more of an investment into the community, because as the amount of homes and residents increase, tax revenue for the City increases as well. She proposed a hypothetical wherein the City could include a so-called “population incentive,” where if a subdivision brings in a set number of people, the council may aid them with the cost of laying out the infrastructure, costs normally paid by the developer.

To counter that point, Bartlett said, with current property tax rates and the average tax revenue per individual, “It’ll take a long time, and I mean a long time, to pay back $50,000.” He also mentioned that the City hasn’t helped in the past. “(A developer) is building 10 (homes) in Sebastian Circle and we gave him nothing; he built his road, he built his curb, he put his sewer in, he did everything. I don’t see how we can justify giving to other builders.”

After a lengthy debate, the decision was tabled.

The council also approved a one-time pay adjustment of $300 for the City staff for the holiday season.