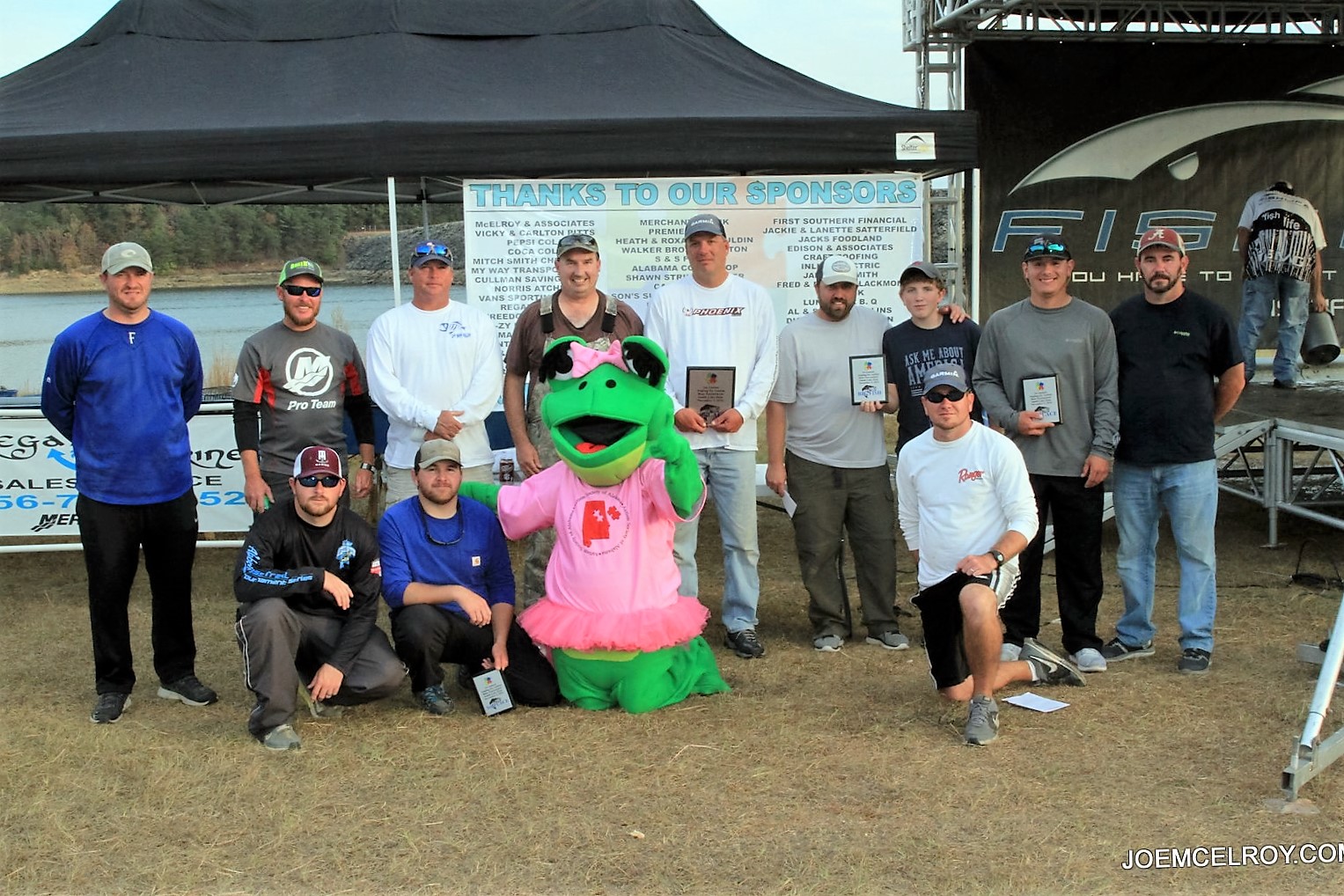 Organizer Wesley Sams reported at least $15,000 was raised and will to be donated to the autism support group. Autism Awareness Month takes place in April with an event coordinated by Vonda Davis that is held at Wallace State Community College.

Sams said money from the bass tournament will assist Davis' project, which needs donations to continue its purpose.

The idea for the bass tournament came from Sams and his father, Roger Sams. Wesley Sams’ son was diagnosed with autism at the age of 3 and is making progress now at the age of 6.

Fifty-one sponsors with a majority from Cullman and other locations such as Hanceville, Fairview, Baileyton and Jasper provided finances for a $10,000 payout to the winners, Top 10 boats and the biggest fish caught during the day.

Delton Gregory and Dexton Gregory grabbed the second prize of $2,000 with 14.01 pounds from five fish. Jesse and Jordan Wiggins were third with 13.66 pounds and a $1,000 payout.

Greg Tomlin and Jeremy Tomlin earned fourth place with 13.07, James Butler and Blane Nick claimed fifth at 12.94, Ricky Campbell and Trey Swindle sixth with 12.75 pounds, followed by Miles and Spencer Smith at 11.80, Spencer and Donna Lynn ninth at 11.63 and Bruce and Gary Holcombe finishing 10th with 11.40.

Nine of the top ten boats brought in five fish, the maximum, except for the Smiths who had four bass.

The biggest fish caught on the day was by Jonathan and Dillon McClain, weighing 6.34 pounds. The second largest was Terry Keller and Brian Ragsdale with a bass tipping the scale at 5.49 pounds.

Wesley Sams expressed great appreciation to the participants and to the sponsors who made the event possible.

Brittany Sams said the event will take place in 2017 with it probably being held the first weekend of November as it was in its inaugural.

Weather conditions were not ideal for the fish, with Smith Lake being clear, presenting a challenge to all anglers. The boats took off on the Walker County side of the lake and were allowed to fish to the Cullman County line as well.

The number of boats exceeded what the Sams family expected. Wesley Sams and his father Roger Sams wanted 100 boats, but would have been pleased with only 75. They got their wish and a little more with 108, most of them who bass fish on a regular basis.

But the overall winner was the Cullman Autism & Special Needs Family Support Group, who received much-need funding to support families dealing with autism, a condition that affects thousands of children across the United States and the world.