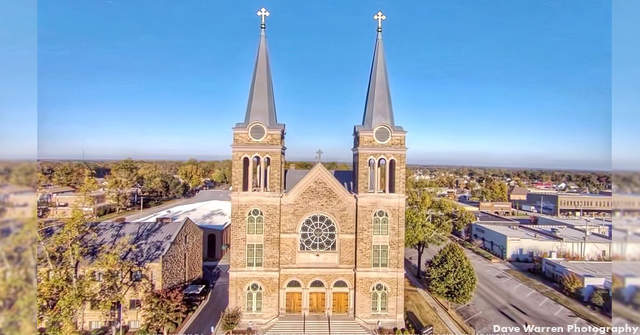 CULLMAN – Once again, Sacred Heart of Jesus Catholic Church in Cullman is hosting the annual Oktoberfest Combined Community Choirs Concert, as the highly anticipated fall celebration of the community's German heritage begins.  The free musical event will begin at 3 p.m. on Sunday, Oct. 2 at the church.

Performers scheduled to appear this year include the Cullman High School Chamber Choir, members of the St. Bernard Preparatory School choir, the Sacred Harp Singers, Sacred Heart of Jesus Catholic Church choir, members of the Rocket City Brass Quintet and Sacred Heart School's choir. There will also be a special solo by Josh Agnew and several monks from St. Bernard Monastery will perform a Gregorian Chant.

The annual concert is held in the majestic downtown Cullman church which this year is celebrating its 100th anniversary of the first Mass held in the historic building.  That Mass, on June 4, 1916, was the prelude to daily liturgical services conducted in the European-style architectural Church.  The actual parish was established in 1877 and the congregation met in a wooden building located on the block where the brick church now stands.  The church is topped with two spires featuring gold crosses that are visible throughout Cullman and are seen by many as a welcoming beacon to those entering the area.

According to those in the know, the acoustics are practically perfect and sound filters throughout the arched walls of the cathedral-like edifice to every nook and cranny.  The current choir loft contains an Austin Organ Opus 1029 which was built in Hartford, Connecticut, in 1921.  It served two Baptist churches in Atlanta, Georgia, before coming 'home' to Sacred Heart of Jesus in the 1950s.  St. Bernard Monastery's Fr. Timothy Harrison, OSB, reconstructed the pipe organ piece by piece, as it had been disassembled for travel from Georgia.

The annual Combined Choirs Concert is a highlight of Oktoberfest Week and opens the following events with praise and glory sent heavenward in thanksgiving for the many blessings enjoyed by the first German immigrants to the community and by those who have followed in their footsteps.

Everyone is welcomed and encouraged to attend this special afternoon of musical entertainment.

For the full schedule of Oktoberfest 2016 activities, visit http://www.cullmanoktoberfest.com/2016-schedule.html.