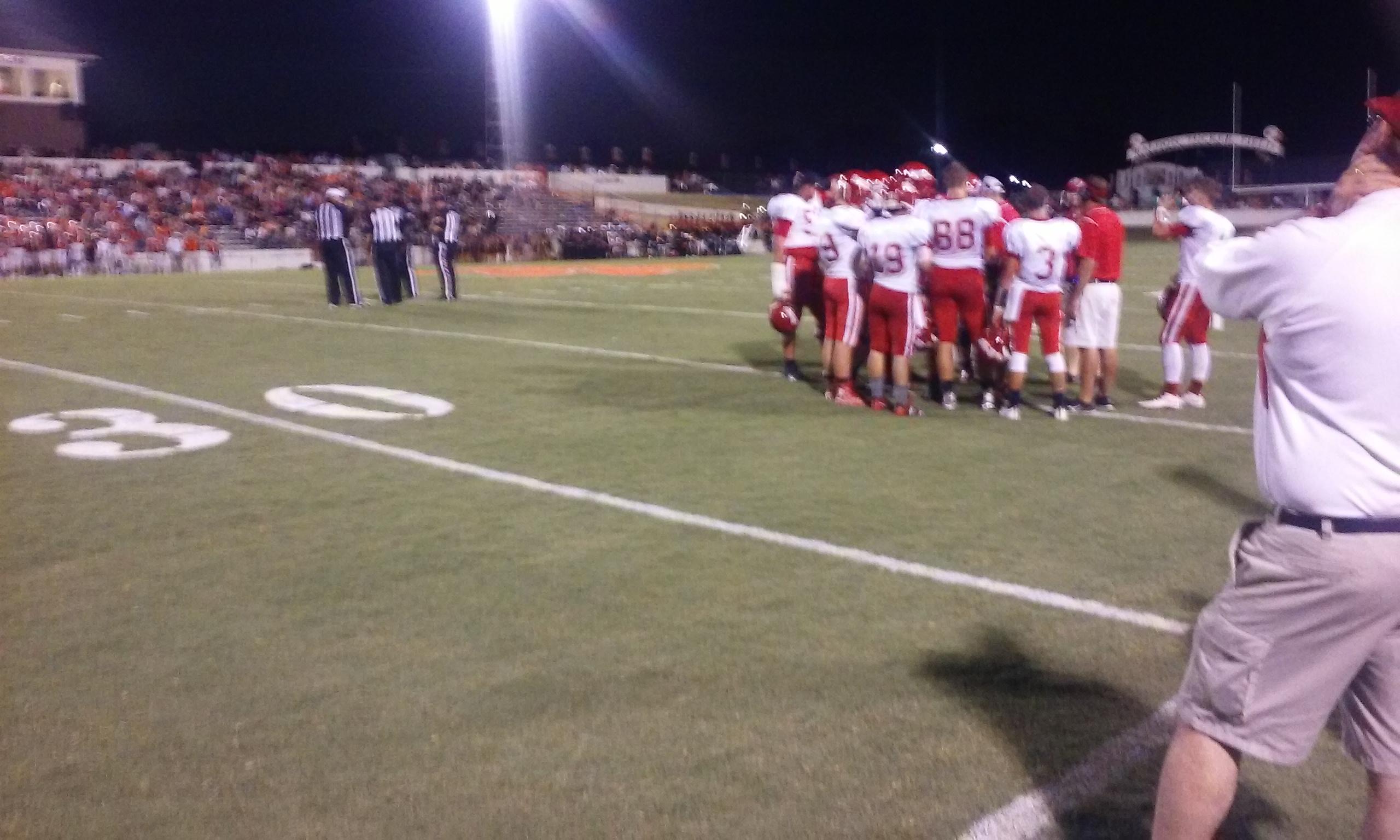 FAYETTE – Good Hope looked to start out 1-0 in the region tonight. Instead, turnovers and penalties derailed them and they fell 20-0 to the Fayette County Indians.

After starting out slowly on their first series, the Raider defense forced a Chance Stevenson interception, which Austin Eakes returned to the 42-yard line, but Good Hope could not do anything, and they were forced to punt. On the first play, the Indians' Zack Ingle found a big hole on the left side and went 63 yards for the score to put Fayette County on the scoreboard with 6:15 remaining in the opening quarter.

Off a bad Raider punt, Fayette County had a first down on Good Hope's own 17-yard line, but the Raider defense stood tall again and stuffed Stevenson at the 3-yard line on fourth down, forcing them to turn the ball over on downs. The Indians looked to take advantage after another bad Good Hope punt. After a 9-yard connection between Stevenson and Blake Wallace, Good Hope got a little greedy and got called for a face mask, which put Fayette County at the 5-yard line. From there, Kerieq Sparks went in untouched, giving the Indians a 13-0 lead with 1:42 left in the first half, which was the score at halftime.

In the third quarter, the Raider defense continued their strong performance, forcing an Indian punt on the opening series. Christian Echols had strong runs on Good Hope's first series of the quarter, along with Matt Cofer and Preston Bagwell, but on a reverse on a 3rd and 11 play, Matt Hancock could not handle the ball cleanly, and Fayette County recovered. Good Hope's defense forced them to punt once again, and they got pinned at the 20-yard line.

The Raiders started the series strong again to end the third quarter, but on the first play in the fourth quarter, they had another bad snap from center, and once he saw the ball hit the turf, Sparks pounced on it and he went 32 yards for the score to put the Indians up 20-0 with 11:51 remaining in the game.

The Raiders tried a little trickery to get on the scoreboard as Bagwell tossed it to Hancock, who then threw it to Warren Creel for 25 yards, after an Austin Knight yard run to start the series. Two straight runs, one by Echols and one by Knight, put Good Hope in a 3rd and 1 situation from the 36-yard line. But then they got called for illegal motion, pushing it back 5 yards. On the next play, Bagwell connected with Hancock for a 12-yard gain and a first down for the Raiders. Echols was running hard and couldn't be brought down, but he got the ball knocked out of his hands and the Indians recovered. The Indians ran out most of the clock and the last few seconds after stopping Good Hope once again to hang on to the shutout win.

Good Hope coach Alan Scott was really impressed by the play of his defense tonight. “I really feel like they grew up a lot tonight. Other than the big plays, I thought our defense played fantastic.

Fayette County will look to make it two in a row in region games as they travel to Dora next week to take on the Bulldogs, who are on a bye week.

Hancock carried it nine times for 16 yards, and he went 2 for 3 passing for 37 yards. Cofer finished with 32 yards on nine carries, and he had a huge defensive game, getting a sack and some big tackles, along with Peyton Hill, who also chipped in with a sack of his own. Knight and Austin McDonald also had nice games on defense. They will try for their first win of the season and in the region next week at home against Hamilton, who lost 42-0 to Haleyville Friday night.