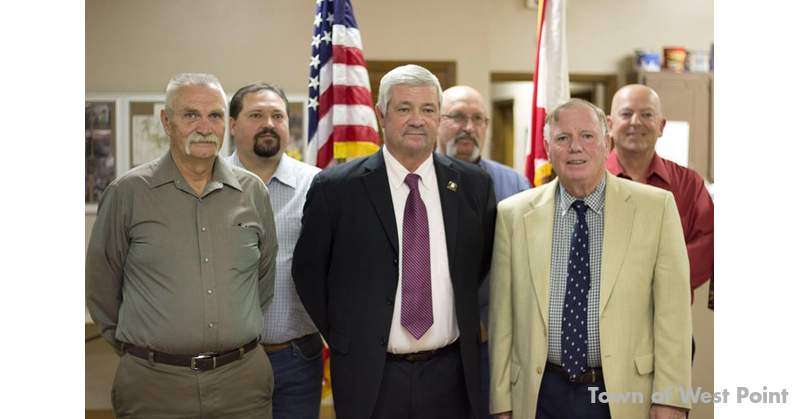 WEST POINT – With the municipal election right around the corner, the West Point Town Council made preparations during a regular meeting Monday evening inside town hall.

Mayor Kenneth Kilgo requested the council keep the pay raise for poll workers as it was in place for the primary and run-off. The council approved the mayor's request.

Fees were set for the following positions: for the mayor, candidates are to pay $50 and candidates running for the council will pay a $10 qualifying fee.

The council approved Town Clerk Joann Jones to be the election manager.

Qualifying for the West Point election will begin at 8 a.m. on July 5 with the deadline set for 5 p.m. on July 19.

In other news, the council approved a bid for repairs to the town hall floor, office and bathrooms. It was approved by the council for additional electrical outlets to be installed in the building.

The mayor and council agreed to get a licensed electrician to handle the project.

Old adding machines were approved by the council to be surplus items and to be scrapped as soon as possible.

Kilgo spoke on the latest between the town and the Alabama Department of Transportation (ALDOT) for the turn lane on Alabama Highway 157. The cost for the deceleration and turn in lane will run around $125,000.

The mayor is looking to get assistance from the Cullman County Industrial Development Authority to pay half of the expenses.

No other items were discussed with the meeting being adjourned at 6:28 p.m.

The next meeting of the West Point Town Council will take place July 18 at 6 p.m. The public is invited to attend.