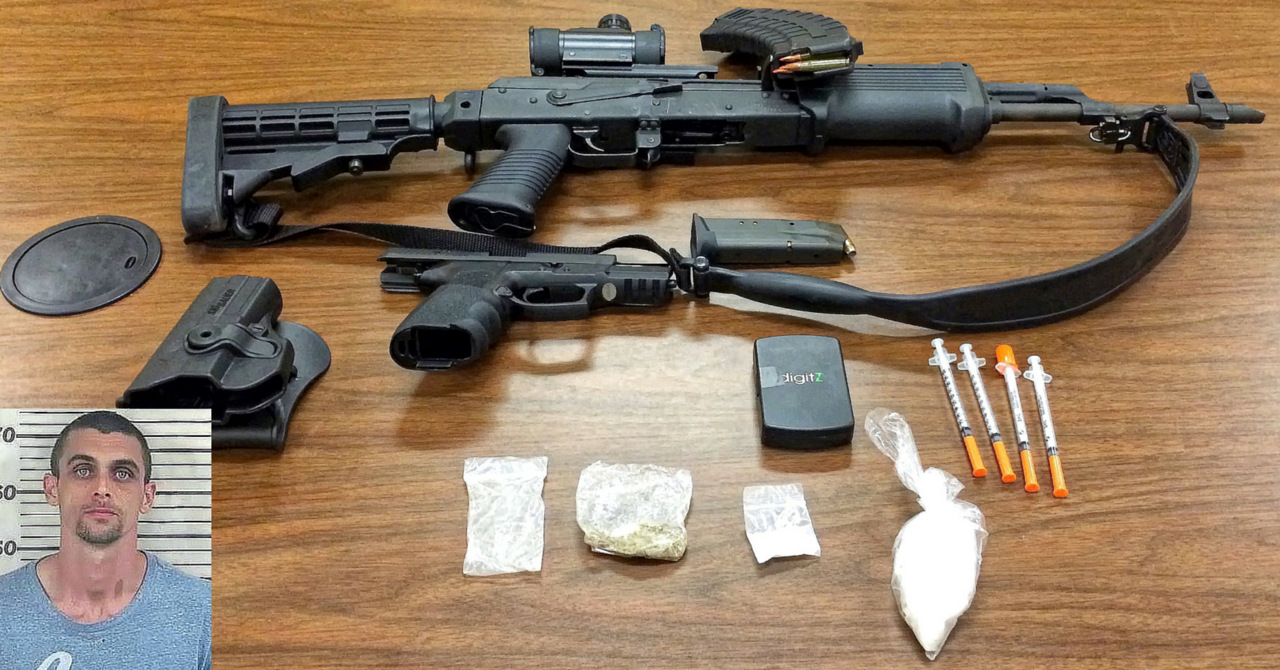 CULLMAN – On June 12, Cullman City Police Department investigators conducted an undercover drug operation on the west side of the town. During the operation, Jerry Adam Crocker, 33, of Hanceville, was found to be in possession of a loaded Romania AK-47, a .40 caliber Sig Sauer handgun, 34 grams of methamphetamine, 1.2 grams of marijuana and various drug paraphernalia items.

Crocker is being held at the Cullman County Detention Center on a $1 million bond.

He is a convicted felon who was on probation at the time of his arrest.

The Cullman Police Department asks that anyone with information on illegal drug activity in the city of Cullman contact investigators at 256-734-2868 or 256-775-7170.