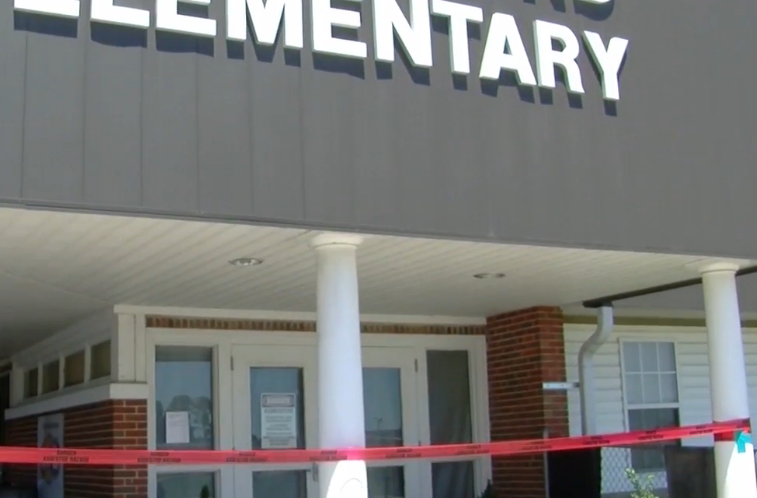 “There is no asbestos issue,” said Barnette, when reached by phone this afternoon. “What’s going on is renovation. We are replacing old, single-paned windows with more energy-efficient ones.”

Barnette says that a row of windows is being replaced, and that there are tiles behind the heating units on the same walls that contain asbestos. Those tiles, he says, have been there since the school was constructed, and, he says, as long as they are not disturbed, no asbestos will be released. He says the plastic and warning tape were required due to the fact that there is work going on near those tiles.

Barnette says, yes, the school system has always known about the asbestos-containing tiles, a type that was commonly used in construction at the time of the school was built. But, he says, he doesn’t know of any health concerns that have ever occurred and that students are not in any danger.

“We actually have staff that are certified for asbestos inspection,” he said. “We check the school every six months. And every year, we have an EPA inspection. Every inspection has been clear, with no loose asbestos ever found.”

Barnette says that once the new windows are in, the air in the school will be tested, and once that happens, the plastic and tape will come down.