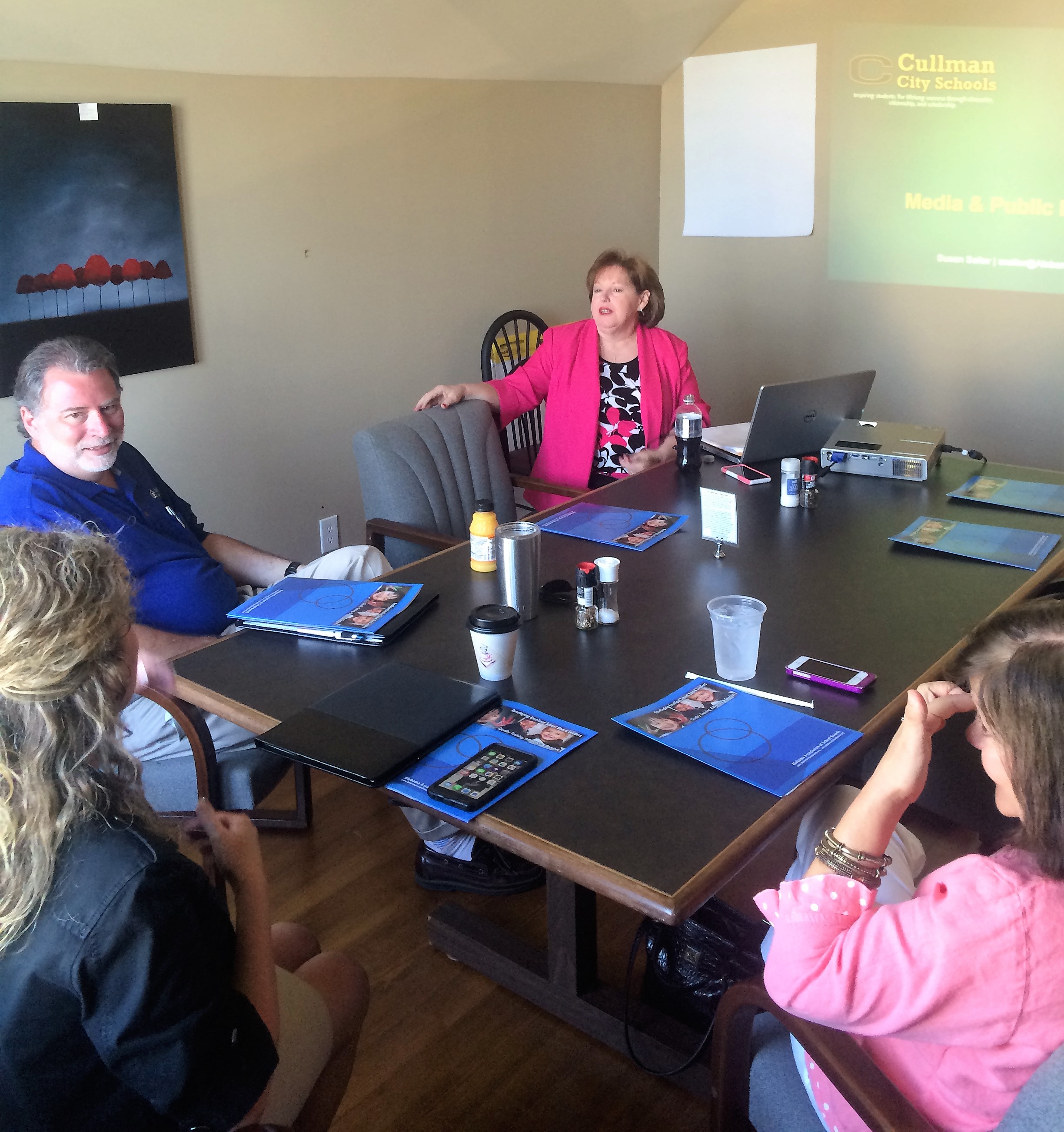 The training session lasted from 8-10 a.m., and much was covered during this time, from how each of the board members would describe the Cullman City School system using only three words, to how to handle a deluge of negative comments on social media outlets.

About an hour into the training session, Neal became impassioned, talking ardently about the importance of having service-based people on the school board, in light of the upcoming elections.

“The kids come first,” he said. “I don’t care if you’re the president of the United States, you know, because that’s it. That’s who you answer to, you’re doing what’s best for the kids, period.” Neal said, talking directly to his fellow board members and Selter.

The training session also covered, partially, the importance of the upcoming forum, which will be led by Selter, for those running for seats on the City School Board in the upcoming municipal election.

The board was careful to highlight the fact that many who are running for seats on the City School Board are making impractical promises simply because they “sound good.”

“I bet it does (sound good),” Selter said. “When one is pandering for votes.”

The board also brought up several key issues that they may face in the upcoming years, including space in the elementary schools, setting up long-term plans for extra-curricular activities and the inevitable introduction into the Cullman City Schools of the ‘transgender issue.’

“You’re part of a team,” Selter said. “Can you imagine if players that (Nick) Saban is recruiting now, were out there saying, ‘When I get on Alabama’s team, these are the changes I am going to make.’ Now it’s not the same analogy, because Dr. Patterson isn’t the head of y’all, but you are a team.”

Strength in unity and presenting a united front was much of the focus of Selter’s lecture, but so was having genuinely solid actions.